You supported us so happily, we had to find a fun way to thank you. So we hosted a virtual New York City Top Sights tour on Twitter. Besides virtually “visiting” the top sights in NYC, we gave away actual signed copies of our books, home-made brownies, Sineann wine, a subscription to Scratch Magazine, Hebert’s gourmet chocolate, a $50 design gift certificate from The Willingham Enterprise, a $350 productivity session with Get Organised, and more!

We loved partying with you, and we truly thank you for your support—to keep Tweetspeak Poetry bringing you excellent, life-changing content all year long.

In case you missed the party, here are the New York City top sights we visited. And, we did escape being kicked out of the Met, because we made them smile ;-).

Use Our Virtual New York City Top Sights Tour to Plan Your Own NYC Visit!

More than just a way to get in and out of New York City, this transportation hub is quite beautiful. Don’t forget this little-known tidbit: “Outside the station, the clock in front of the Grand Central facade facing 42nd Street contains the world’s largest example of Tiffany glass.” (Wikipedia)

Catch the sights, before you catch the train! 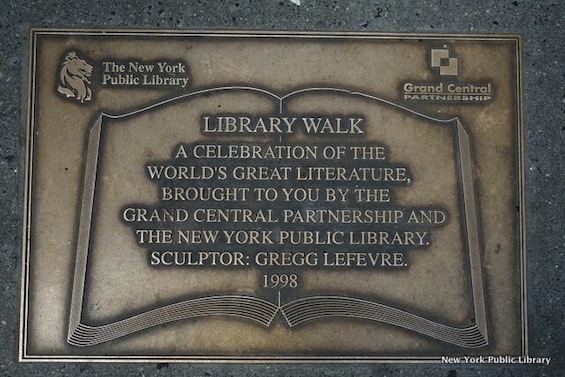 Not far from Grand Central Station, you can hop scotch through Library Way and remember that poetry is in the very thoroughfares of New York City. 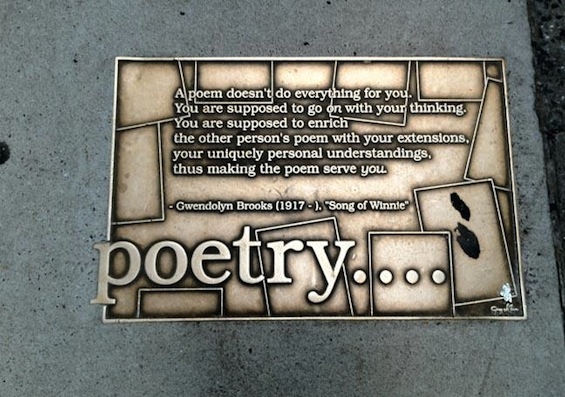 Our favorite exhibits are the Egyptian and Assyrian sections. They bring ancient times to your fingertips in an awe-inspiring way. Speaking of awe-inspiring, be sure to sneak up to the top of the Met. Many people miss the chance to look out over the top of NYC from this beautiful vantage point, because they get lost in the Rembrandts. 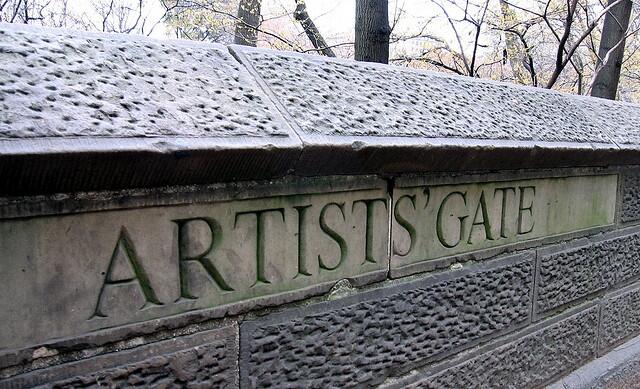 No visit to New York City is complete without a stroll through Central Park. It’s beautiful, peaceful, and will be sure to grant you some free music and street shows if you hang out near the big fountain. A sculpture tour is also worth the walk. We saw Alice! And, yes, you can even rent boats and row your way through the afternoon. Here, we hushed ourselves. St. Patrick’s is beautiful and quieting. A good place to catch your breath and take shelter from the elements and the sounds of NYC. A festive setting, Rockefeller Center is best visited in winter, to see the tall, tall holiday tree and perhaps go ice skating under its lights. So we might need to go back again in December!

Moving downtown, we stopped in Times Square. This is where New York City feels most crazy-alive. The billboards are like none you’ve seen elsewhere. Okay, maybe Hong Kong (not having been there, we can’t discuss the matter). Designed by a farmer and built by immigrants, this bridge has stood the test of time and beauty. For a truly remarkable telling, picture-book style, check out Brooklyn Bridge.

From the book description: “Its magnificent site, breathtaking span, cutting-edge technology, and sheer beauty have made it the subject of poems, paintings, photographs, novels, plays, and movies. Beneath the Brooklyn Bridge’s triumphant arches lie astonishing tales of death, deception, genius, and daring.”

Before the show we checked into the famous literary hotel, The Algonquin (complete with its own cat; she might like our cat poetry!). See us up there in the window?

“From its inception, manager (and later owner) Frank Case created a vision for The Algonquin as New York’s center of literary and theatrical life. His enduring fascination with actors and writers led him to extend them credit, in the process luring such luminaries as Douglas Fairbanks, Sr. and John Barrymore.

Famed women flocked to the hotel as well, as The Algonquin was unconventional early on in accommodating single women guests. Over the years, these have included Gertrude Stein, Simone de Beauvoir, Helen Hayes, Erica Jones, and Maya Angelou.

Three Nobel laureates visited on a regular basis, including Sinclair Lewis (who offered to buy the hotel), Derek Walcott, and most memorably William Faulkner, who drafted his Nobel Prize acceptance speech at The Algonquin in 1950.”

We tried not to make a scene at one of the oldest theaters in New York. 1907 was lovely, wasn’t it? 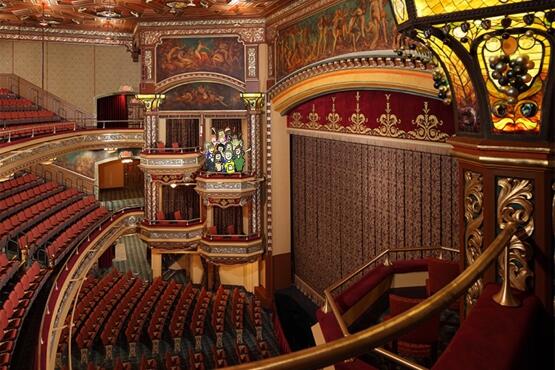 11. Phantom of the Opera After the show, we had to have a gorgeous party at The Russian Tea Room, where tea is not the only fare. We are quite sure we saw some famous people while we were there. It can happen! Once the tallest building in the world, the Empire State Building (completed in 1931) is still quite high if you ask us. Gorgeous views. We suggest going here in February. The lines are much shorter. Well, it’s also a little colder at the top. Ah, but, lines or not, it was a great way to finish off our virtual tour. See how happy we are up there? All images via Google Images, except Galinda and Times Square photos by L.L. Barkat. Illustrations by LW Lindquist