Science! true daughter of Old Time thou art!
Who alterest all things with thy peering eyes.
Why preyest thou thus upon the poet’s heart,
Vulture, whose wings are dull realities
How should he love thee? or how deem thee wise,
Who wouldst not leave him in his wandering
To seek for treasure in the jewelled skies,
Albeit he soared with an undaunted wing!
Hast thou not dragged Diana from her car?
And driven the Hamadryad from the wood
To seek a shelter in some happier star?
Hast thou not torn the Naiad from her flood,
The Elfin from the green grass, and from me
The summer dream beneath the tamarind tree?

Enjoy Artistic Representations of “To Science” by Edgar Allan Poe 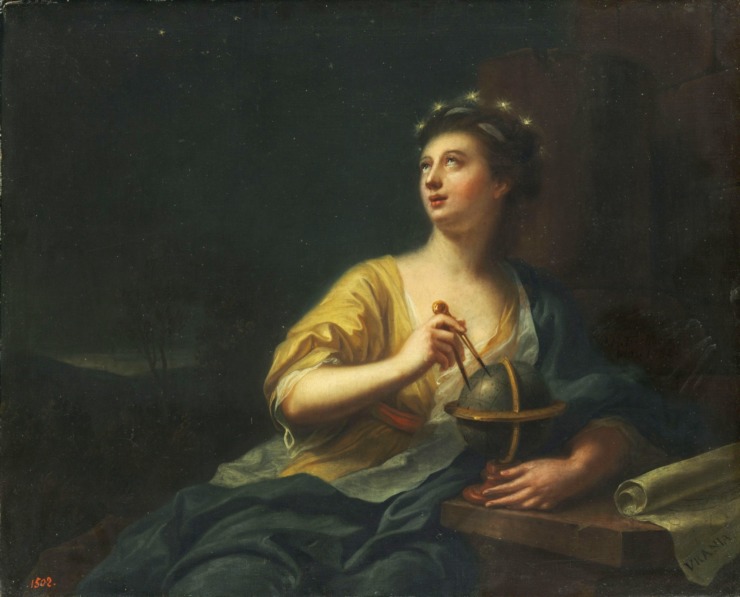 Urania, the muse of astronomy by Johann Heinrich Tischbein, 1782. Illustration from a ticket for the Leverian Museum in London, England, 18th century.

Listen to Readings of “To Science”

Listen to Musical Interpretations of “To Science” by Edgar Allan Poe

That’s it for readings of To Science by Edgar Allan Poe!

I hope you enjoyed To Science by Edgar Allan Poe!