At midnight, in the month of June,
I stand beneath the mystic moon.
An opiate vapor, dewy, dim,
Exhales from out her golden rim,
And, softly dripping, drop by drop,
Upon the quiet mountain top,
Steals drowsily and musically
Into the universal valley.
The rosemary nods upon the grave;
The lily lolls upon the wave;
Wrapping the fog about its breast,
The ruin moulders into rest;
Looking like Lethe, see! the lake
A conscious slumber seems to take,
And would not, for the world, awake.
All Beauty sleeps!—and lo! where lies
(Her casement open to the skies)
Irene, with her Destinies!

Oh, lady bright! can it be right—
This window open to the night!
The wanton airs, from the tree-top,
Laughingly through the lattice-drop—
The bodiless airs, a wizard rout,
Flit through thy chamber in and out,
And wave the curtain canopy
So fitfully—so fearfully—
Above the closed and fringed lid
‘Neath which thy slumb’ring soul lies hid,
That, o’er the floor and down the wall,
Like ghosts the shadows rise and fall!
Oh, lady dear, hast thou no fear?
Why and what art thou dreaming here?
Sure thou art come o’er far-off seas,
A wonder to these garden trees!
Strange is thy pallor! strange thy dress!
Strange, above all, thy length of tress,
And this all-solemn silentness!

The lady sleeps! Oh, may her sleep
Which is enduring, so be deep!
Heaven have her in its sacred keep!
This chamber changed for one more holy,
This bed for one more melancholy,
I pray to God that she may lie
For ever with unopened eye,
While the dim sheeted ghosts go by!

My love, she sleeps! Oh, may her sleep,
As it is lasting, so be deep;
Soft may the worms about her creep!
Far in the forest, dim and old,
For her may some tall vault unfold—
Some vault that oft hath flung its black
And winged panels fluttering back,
Triumphant, o’er the crested palls,
Of her grand family funerals—
Some sepulchre, remote, alone,
Against whose portal she hath thrown,
In childhood many an idle stone—
Some tomb from out whose sounding door
She ne’er shall force an echo more,
Thrilling to think, poor child of sin!
It was the dead who groaned within.

Enjoy Artistic Representations of “The Sleeper” by Edgar Allan Poe 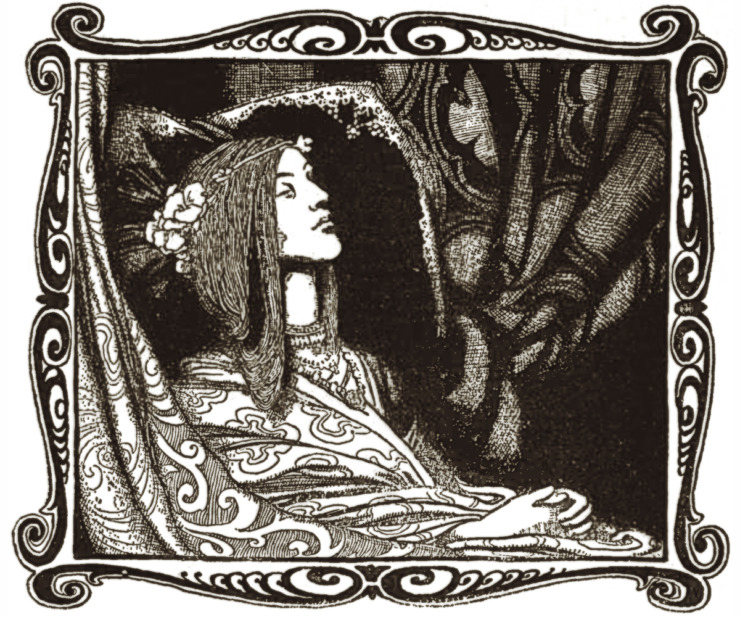 Another 1900 illustration for the poem. 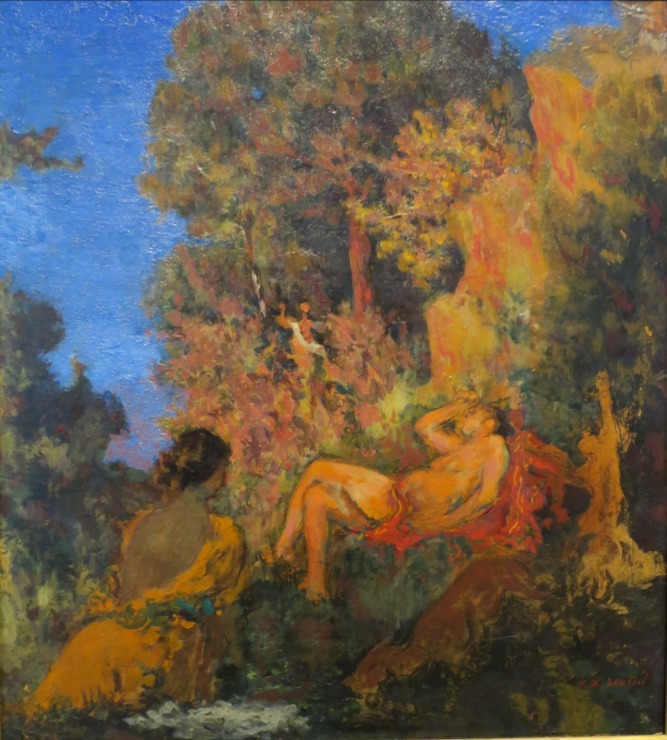 Listen to Readings of “The Sleeper”

Listen to Musical Interpretations of “The Sleeper” by Edgar Allan Poe

That’s it for readings of The Sleeper by Edgar Allan Poe!

I hope you enjoyed The Sleeper by Edgar Allan Poe!