‘Twas noontide of summer,
And midtime of night,
And stars, in their orbits,
Shone pale, through the light
Of the brighter, cold moon.
‘Mid planets her slaves,
Herself in the Heavens,
Her beam on the waves.

I gazed awhile
On her cold smile;
Too cold—too cold for me—
There passed, as a shroud,
A fleecy cloud,
And I turned away to thee,
Proud Evening Star,
In thy glory afar
And dearer thy beam shall be;
For joy to my heart
Is the proud part
Thou bearest in Heaven at night,
And more I admire
Thy distant fire,
Than that colder, lowly light. 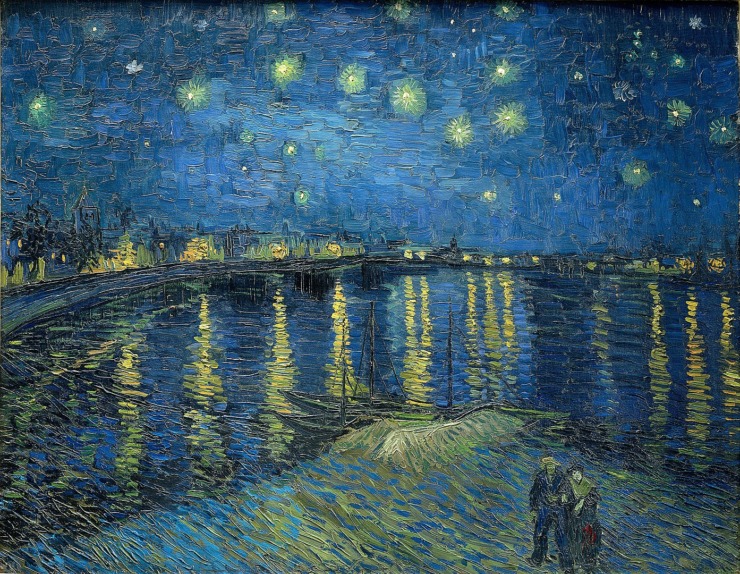 Starry Night Over the Rhône by Vincent van Gogh, 1888. Listen to Readings of “Evening Star”

That’s it for readings of Evening Star by Edgar Allan Poe!

I hope you enjoyed Evening Star by Edgar Allan Poe!