Oh! that my young life were a lasting dream!
My spirit not awakening, till the beam
Of an Eternity should bring the morrow.
Yes! though that long dream were of hopeless sorrow,
‘Twere better than the cold reality
Of waking life, to him whose heart must be,
And hath been still, upon the lovely earth,
A chaos of deep passion, from his birth.
But should it be—that dream eternally
Continuing—as dreams have been to me
In my young boyhood—should it thus be given,
‘Twere folly still to hope for higher Heaven.
For I have revelled when the sun was bright
I’ the summer sky, in dreams of living light
And loveliness,—have left my very heart

Inclines of my imaginary apart
From mine own home, with beings that have been
Of mine own thought—what more could I have seen?
‘Twas once—and only once—and the wild hour
From my remembrance shall not pass—some power
Or spell had bound me—’twas the chilly wind
Came o’er me in the night, and left behind
Its image on my spirit—or the moon
Shone on my slumbers in her lofty noon
Too coldly—or the stars—howe’er it was
That dream was that that night-wind—let it pass.
I have been happy, though in a dream.
I have been happy—and I love the theme:
Dreams! in their vivid coloring of life
As in that fleeting, shadowy, misty strife
Of semblance with reality which brings
To the delirious eye, more lovely things
Of Paradise and Love—and all my own!—
Than young Hope in his sunniest hour hath known. A young boy listens to the wise words of an old man. Wood engraving by Ludwig Knaus. 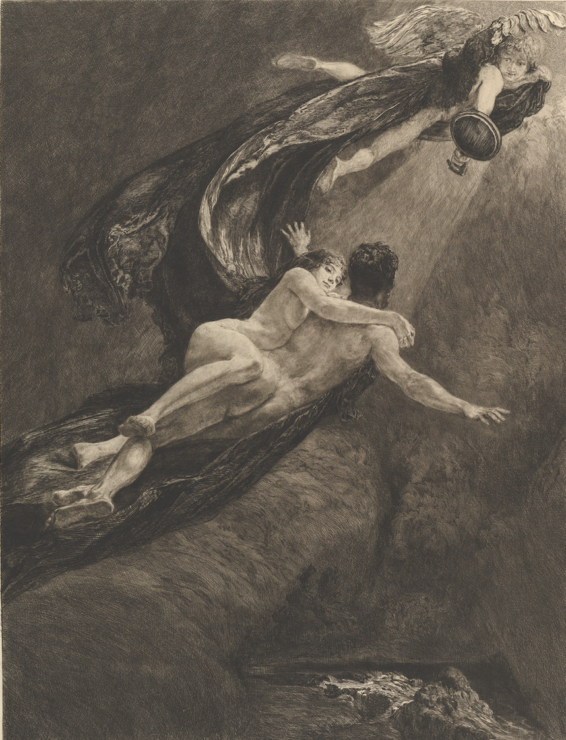 Listen to Readings of “Dreams”

Listen to this Musical Interpretation of “Dreams” by Edgar Allan Poe

That’s it for readings of Dreams by Edgar Allan Poe!

I hope you enjoyed Dreams by Edgar Allan Poe!