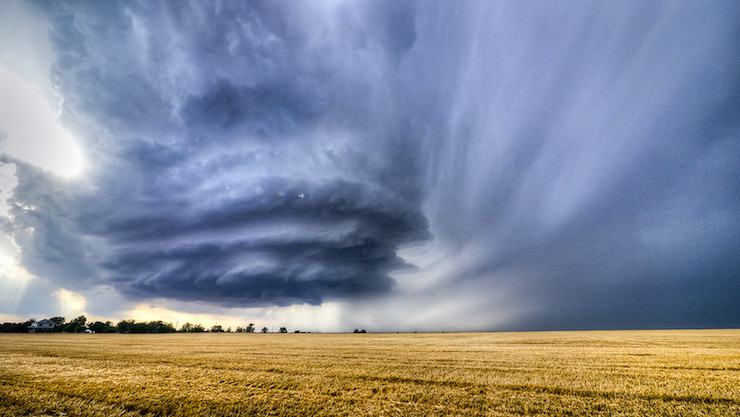 Rodgers and Hammerstein‘s first musical collaboration, Oklahoma!, debuted in 1953. It’s set one year before Oklahoma became a state. The land is grand, with plenty of heart and hope, but it is still divided into Oklahoma Territory on one side and Indian Territory on the other. The name of the state comes from two Choctaw words, okla and homma. Oklahoma is nestled in the heart of America’s heartland. It tells us a lot about who we are as a country. And who we are contains a lot of contradictions.

For example, this month the First Americans Museum opens in Oklahoma City, honoring the thirty-nine tribes who live in the state. But Oklahoma is also known as the Sooner state, a nickname for the white settlers who staked their claims in 1889. It’s the site of the Tulsa Race Massacre in 1921 and the 1958 sit-in at Katz Drug by thirteen Black schoolchildren and their teacher, early in the Civil Rights Movement. Oklahoma’s state beverage is milk, and the first Girl Scout cookies were sold there in 1917, in Muskogee. How much more American can you get than milk and cookies?

Yet even that town’s name speaks of different Oklahoma peoples. There’s the Merle Haggard song Okie from Muscogee about a particular type of white American viewpoint, and it is also the name of a Native American nation, the one of which U.S. Poet Laureate Joy Harjo is a member. In her new album, I Pray for My Enemies, she wrestles with what it means to be a citizen of multiple worlds.

These lines from the end of one of her previous poems An American Sunrise, assert Harjo’s place in this country and particularly in this state.

We are still America. We
know the rumors of our demise. We spit them out. They die
soon.

Harjo previewed her new album at the Woody Guthrie Center in Tulsa, where she lives. Guthrie was a songwriter and poet and also a passionate advocate for civil rights. I recently read the entire text of his iconic song This Land Is Your Land, which he wrote in response to and criticism of Kate Smith’s God Bless America. Even back in 1940, an Oklahoman was trying to figure out the state’s place in the middle, where the land was made for you and me, whoever we are, all of us.

While working on this post I listened to the 2019 cast recording of the Broadway revival of Oklahoma! The music puts a much more Western spin on the original songs, and it’s not afraid to lean into the darker aspects of the story. It feels like a metaphor for the state itself, which is finding ways to incorporate all the aspects of itself into a whole, storms and all.

They always come in spring, May, usually, so
It wasn’t any wonder when that storm spun an F5,
Hit Oklahoma City and then made more tornados,
Highest winds ever recorded on earth. No tellin
How many hearts held hostage all that long night.

Some people say we reached a whole ‘nother level,
An F6, which others say ain’t remotely possible
‘Cuz it don’t even exist.
But if it could happen anywhere
It’d be right smack dab here.
But we’re OK now.

Use any of the things you learned about Oklahoma (research more, if you want!), and put one or more of them into a poem. If you like, weave in a little generosity. Share in the comments.