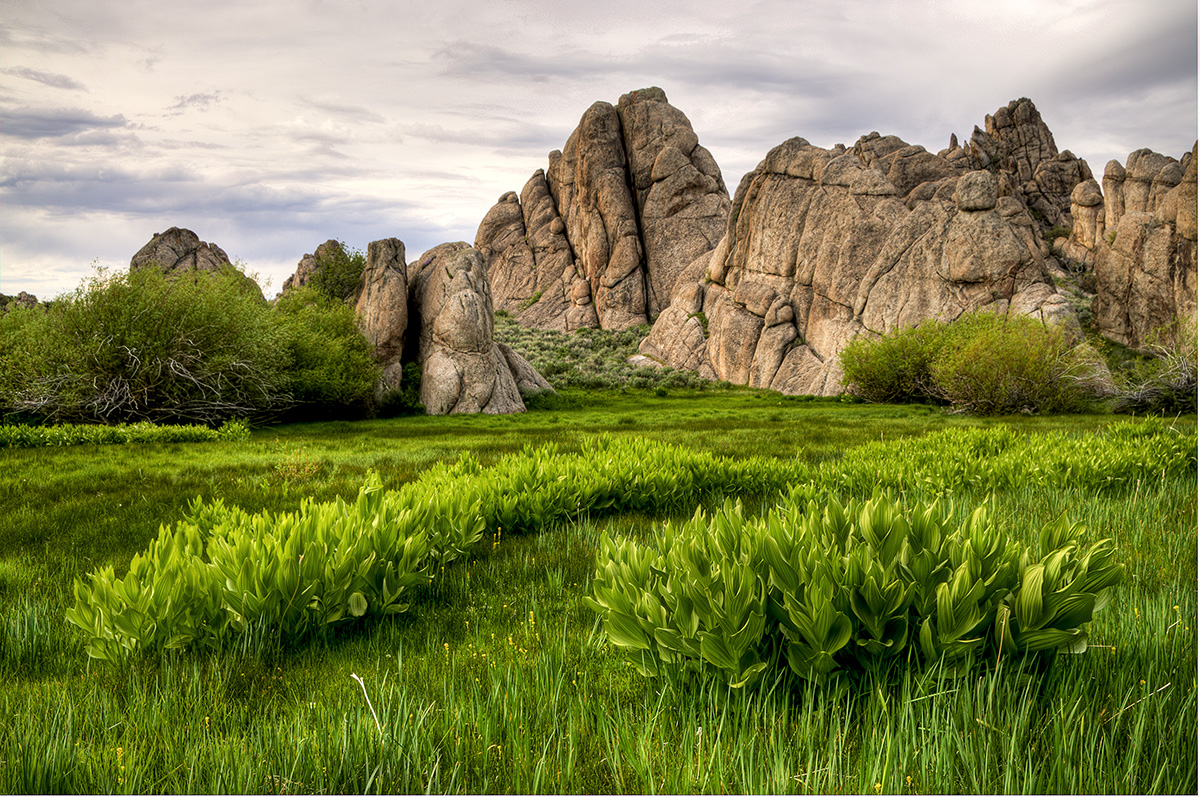 A lush green yard in the USA symbolizes family and prosperity. It can also symbolize a little old fashioned American ridiculousness, since most municipalities use treated, drinkable water on grass. But in spite of our efforts to achieve pristine lawns, dandelions happen. They spring up, unasked for and unrepentant. 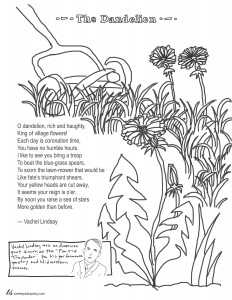 A dandelion is a weed. As I spent the month with Vachel Lindsay’s flower poem I realized all my favorite wildflowers are weeds.

Perhaps you crave “a sea of stars / More golden than before” — then blow on that dandelion and let its “troop” of florets defeat the “blue-grass spears.” If your goal is to foster a green carpet that will hug your home like a blanket, then you’ll need to rid your yard of dandelions by hand so that you don’t create more “yellow heads.”

But if you do that, you get no wishes.

Children don’t need to be told to yank the dandelion and blow with all their might and make a wish. Because children know royalty when they see it. Who wants the sameness of boring green yard after boring green yard? Let there be color! Let wildness win.

Vachel Lindsay was known as the “Prairie Troubador.” He wrote often of small town Midwestern America, and what could be more American than a well-tended lawn? But in this poem Lindsay points us not to the ideal but to the indomitable. The dandelion will not be vanquished. Wishes will be wished.

What did Lindsay wish for? He wished for Sara Teasdale,

He knows she kept on with Vachel
even so, even though they never married.
Because Sara loved Vachel, and maybe he loved
her limericks, and my God, don’t we need
somebody to love the side of us
we are always burning for fear?

I have written about Sara Teasdale, but not about Vachel Lindsay, and as the poem above shows, the two go together. His poem The Chinese Nightingale is said to be for her. Both died by suicide, only a few months apart. For a time their poems were largely found in collections for children, like All the Silver Pennies, which contains six by Lindsay and six by Teasdale.

As Barkat’s poem says, we need somebody to love the side of us that “we are always burning for fear.” The side that writes limericks. The side that treasures weeds. The side that will not be mown down by “fate’s triumphant shears.” We could burn all the dandelions, but we’d kill the grass too. Even worse, we’d lose the chance to wish.

Did you memorize “The Dandelion” this month? Join our By Heart community and share your audio or video using the hashtags #ByHeart and #MemoriesWithFriends and tagging us @tspoetry. We also welcome photos of your handwritten copy of the poem.

For the next By Heart gathering, September 25, we’ll learn the last stanza of “To Autumn” by John Keats.

Where are the songs of spring? Ay, Where are they?
Think not of them, thou hast thy music too,—
While barred clouds bloom the soft-dying day,
And touch the stubble-plains with rosy hue;
Then in a wailful choir the small gnats mourn
Among the river sallows, borne aloft
Or sinking as the light wind lives or dies;
And full-grown lambs loud bleat from hilly bourn;
Hedge-crickets sing; and now with treble soft
The red-breast whistles from a garden-croft;
And gathering swallows twitter in the skies.