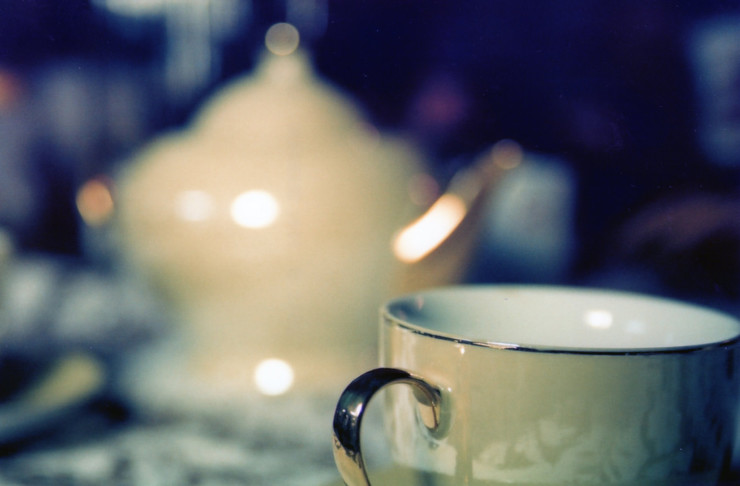 Five of us signed up for a four-month exploration of play and work, and we were meeting for the first time, at a Pittsburgh restaurant on a Friday night. After we got seated and chatted a bit, our leader said our work together was about to begin. We had two jobs that night, both involving the menu.

I was expecting a simple team-building exercise, something like “You can order three appetizers. Work together to decide which ones,” a negotiating equivalent to “work together to haul everyone over the ropes course wall.” I was wrong.

I braced myself. We listened hard for our first task. “Order whatever you want, as much as you want,” he said.

I felt my body relax. I may have even laughed. Really? Really. And the second job?

“Pay attention to it.”

The Grand Concourse in Station Square is the kind of special-occasion restaurant where one naturally pays attention. It’s a high-ceilinged, stained-glass grand space, retaining much of the Victorian and Edwardian splendor of its former life as Pittsburgh’s equivalent of Grand Central Station. Built in 1901, the 80,000-square-foot station was a bustling travel and cargo hub for the Pittsburgh & Lake Erie Railroad. When the Pittsburgh History & Landmarks Foundation was overseeing  the building’s restoration in the 1970s, it took 400 cans of oven cleaner to remove all the soot and grime from the curved glass ceiling.

I’d been there twice before, both way back in the previous millennium. The first time, my aunt took my family out for the restaurant’s signature Sunday brunch, the most lavish and attractively displayed meal I had ever seen. I remember trying lox (like!) and capers (too salty!) for the first time.

My second visit was with a group of friends from grad school. An unusually high proportion of my crowd had birthdays in June or July, so a friend and I used that as a reason to throw a Creative Black Tie Birthday Party one June Saturday night in my spacious un-air-conditioned apartment. I got a little black dress from the Goodwill for $3. We popped many bottles of cheap champagne (sending the corks through the open living room window), ate strawberries and caviar, danced to Elvis Costello and UB40.

We decided to make a weekend of it, so some of us went the next day to Sunday brunch. I remember what I wore, who was in the car. As poor grad students, paying ourselves instead of being treated by a family member, we wanted to get our money’s worth. Decades later, some of us still remember the moment when Sue was concentrating on her dessert plate, one blueberry remaining in a spoonful of melting orange sherbet. The waitress came, reached for the plate and asked, “Can I clear this for you?”

“NO!” Sue said, surprising all of us, and herself too. No one in the history of melted sherbet and blueberry had ever paid attention as intensely as that.

So: two sunny brunches with people I knew, one nightfall dinner with people I didn’t know, except for one. Thirty years in between.

And what I anticipated happened anyway. “If I get the calamari, will anyone help me eat them?” “Does the bruschetta sound good?” We passed those, and raw oysters, and Brie with warmed apples, and strawberry-nut-goat-cheese salads with rose essence. And we became a cohort.

For dinner, I chose a sort of comfort food, salmon with roasted potatoes and vegetables. And everything was delicious, just right, better than average, perfect. We shared bites of our dinner as we went around the round table and talked about who we were, why we were here, and what we hoped for from this four-month adventure.

Dessert and coffee: Why not? I chose the lemon tart with shortbread crust and raspberries. Tea was not listed on the menu, but it never hurts to ask. “Do you have hot tea?” Yes. The waiter brought me a teapot, a teacup and one more moment of choice from an open tea chest.

Nothing with caffeine, thank you. Nothing that might clash with or overpower my lemon tart. I finally chose possibly the least interesting of the eight Bigelow options, except for its adjective: Cozy Chamomile. But even with the visual comfort of a silver stainless steel teapot, it wasn’t about the tea, really. It was about believing in possibility, and asking, and hoping for yes.

Browse more in the Tea Quest series and the Friendship Project

Want All the Great Friendship Posts,

Prompts, and Invitations to Special Events? every time we publish.