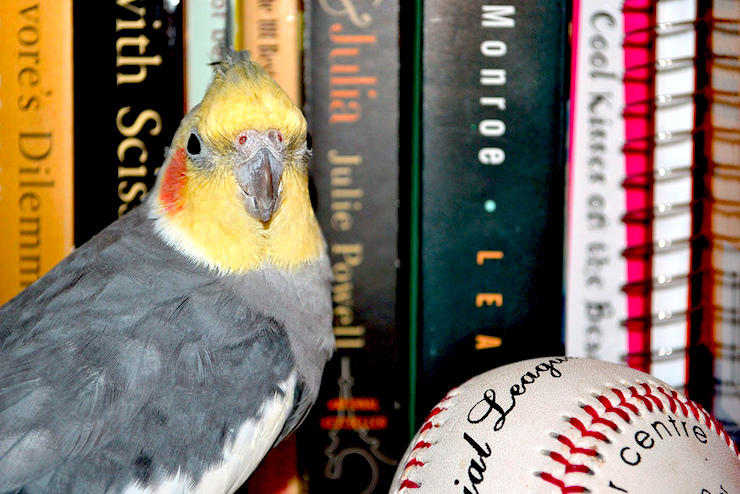 It happens to me every year—and every year, in some form or another, I give in to it. The recklessness of spring.

In high school, I ditched classes and drove to the city. In college I skipped classes with two boys – one who’d be my husband and another who’d be the best man in our wedding – and went to Reed’s Lake where we wondered if the melting ice would hold us as we walked on it. Spring sneaks into my windows these days, and I think about taking off work, buying flowers, or walking alongside the Huron River during lunch and thinking about this new place I live in and barely know a thing about.

Lately, I’ve been curious if recklessness itself can be used to learn, or, perhaps more radically, if recklessness is in fact needed to learn. That’s the thought I had on a windy Thursday afternoon as I sat considering what story to read to the classes that come see me in the library where I work.

I was sitting at a table under the giant sky roof that, in the afternoon fills this spot with so much sun it is sometimes difficult to see words on the page. I put my hand on my temple to create a shadow that dulls the shine so I can read. I love sitting here because the sun warms my shoulders and neck, and from every angle I see stories. I’m surrounded by possibility.

That afternoon, I wanted to shake things up. Get the kids moving, and smiling. That’s when I thought of baseball. I went to the catalogue, and looked up all the baseball books that were in the library. I pulled them from the shelves, and decided on The Bat Boy and His Violin, by Gavin Curtis. It’s a story about a boy who helped a baseball team win games by playing his violin in the dugout. You’d have to be a bit reckless to do that, don’t you think?

I made four bases and stuck them around the library, then wrote the words from the book on cards and labeled them, “first base,” “second base,” etc. Thus, “Sight Word Baseball” was born. If a student read the word correctly, she’d get to run to that base.

I have a half an hour with my classes, and that’s including time to look for and check out titles, so I decided to only use the six words from the book. However, this is a game you could play to practice grade-level sight words and spelling words, and even comprehension and analysis questions for older grades. Middle School students would love this game. Reginald, that’s the boy in the story, wants to play his violin. He’s not interested in baseball. His father, who is the coach for The Dukes, strongly suggests Reginald be his bat boy, promising him his own violin concert in their living room instead of the church basement. Reginald agrees, and makes several mistakes during the first game. His father tells him to take a break and “play that fiddle for a spell,” and Reginald, feeling sad, plays “Swan Lake” to match that feeling. The baseball players love it, and so does his father, so he keeps playing, and suddenly home runs are being hit as Mozart and Bach sound in the summer air.

A lot can go wrong when we’re reckless with our gifts. People could laugh. They could say “What are you thinking?” They could get angry. Mistakes could be made. In my case, I worried the students would get rowdy, or frustrated because maybe the words would be too hard. I worried the teachers would say this was a stupid idea; that this wasn’t how the other librarian did it. These concerns though, are like running around with spring on a day it’s not supposed to be here and asking, “How long are you staying?” This visit is a gift. Use it without worry about how long it’ll stay, or when it will come back. Sit in the dugout with the big leaguers, make something that springs from how you’re feeling, and see what happens.

“Are you ready?” I asked a wide-eyed student standing next to me.

I revealed his and she stared at it, wondering, while her whole class was silent.

“What sound does the h make?” I whispered. “Good job!” I covered the h with my thumb and asked, “What word do i and s make?”

I pulled my thumb off of the i and the s.

“His?” she said quietly. “His,” she said again, a bit louder. “HIS!” she jumped up, throwing her hands in the air.

Off she went, rounding the bases while her classmates cheered.

And they could. And I could. And spring shined in at every window, reckless.