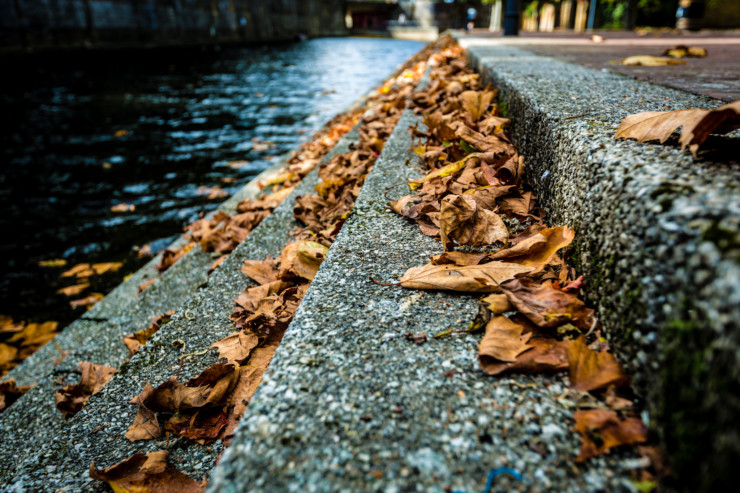 How do you know when a season ends? How do you gauge when the next begins? Those are two questions because they’re different things. And they can happen more than once.

In June I’d bought a whole case of seltzer (which was introduced to me as, thus ever shall be, “a refreshing summer drink, ” possibly out of style after Labor Day). On the evening of Aug. 24, I drained the last bottle, and suddenly I knew: Summer’s over. But fall hadn’t started yet.

Summer was partly over weeks before that, when school supplies showed up in the stores. Yet somehow it continued well into September, when I did some touristy things — took someone to see the world-renowned dinosaur bones at the Carnegie Museum of Natural History,  visited Phipps Conservatory, saw two Pirates games within a week.

Technically, fall began on the autumnal equinox of Sept. 22. I’d seen yellow leaves cuddling up to curbs before then, but there were still days when I needed AC in the car, when I was sweating on my morning walk. It was a season of both/and.

The trees are yellowing, reddening, browning, disrobing. (Yay!) Pumpkin-flavored everything is back. (No, thanks, unless it’s pie.) But it’s not truly fall for me until I accomplish a quest that began by accident in 1986 and has become something like a personal holiday or anniversary since then: buying the new Best American Essays anthology.

I remember my first. I remember what the light was like. It was at the Pitt Bookstore in late afternoon, possibly before an evening class. I was perusing the racks on the wall to the right as you went in the Fifth Avenue door. There were essays there, and literary magazines, and there it was, a level or two below eye level: The Best American Essays 1986. How cool, I thought. Finally! An annual collection devoted to the essay!

Did I look inside to read some first sentences, first paragraphs, to let myself fall in love first before investing? Probably. But I knew at first sight, first touch,  that I’d be taking it home.

I have found, and read most of, every edition since then. Some of them still have little slips of paper marking essays I assigned to students to read, way back in the years when I was teaching. Every September I look up the street date, like a teenager waiting for a favorite band’s new CD.

The 2016 edition’s birthday was Oct. 4. For this 30th anniversary it seemed the obvious thing to do to go back to the source, for middle-aged-writer-me to return to the scene where young-MFA-student-me found that first one.

I drove to Oakland, the academic center of the city, with Pitt and Carnegie Mellon facing each other across Panther Hollow and Carlow down the street. Scored a parking space on the street a block away, backed-and-forthed the car into a tight parallel parking spot, and set out.

Wait. Who moved the door?

What used to be the front door was now all window. Everything was different inside. Lots of Pitt merch greeted me. I found my way to the wall, and it was still book-lined, but it looked more like a small version of the big chain bookstore that I vowed not to go in this time. Found fiction. Looked for essays. Had to ask a clerk where they kept them. I found a few anthologies, but not the one I was looking for. Finally, I asked at the info desk, “Can you look up whether you have a book in stock?” They didn’t have it. They hadn’t even ordered it. But they would. Could they call me when it came in?

Tempting, I said, but I really wanted to find it in the wild.

The quest was on. I googled bookstores and saw one sort of on my way home: City Books on the Northside. Their website said new and used, but their stock was almost entirely used. The friendly proprietor would have ordered it for me, too, but I really wanted … I sat in a comfy chair and spent some time paging through a fat hardback edition of Elizabeth Bishop’s letters, replaced it and took home a small collection of poems about friendship.

A long way home would route me through Lawrenceville, past Nine Stories, a brand-new home space for a pop-up bookstore of new and used books. They’d knocked out the wall between them and the coffee shop next door, a reason to stop again sometime. They did indeed have new books, but their stock was small, mostly fiction. The cheerful young man at the counter would gladly order the book for me; he looked it up on his iPad register and started to tell me when it could arrive. But I really wanted to find it on the shelf somewhere. I bought a book from the $1 bin, a book I won’t say more about because it’s a perfect no-reason gift for someone who might be reading this.

The next day I was taking a carless neighbor on an errand, and she was up for some adventure afterwards, so we drove north along the Ohio River to find Penguin Bookshop in Sewickley. The door was open. We walked in. And there, a few steps in, on a little display stand facing me … The Best American Essays 2016.

I’m not exaggerating, I went a teeny bit weak in the knees. Or maybe it was some bracing-for-disappointment flowing out of me and an “ahhhhh” of relaxedness flowing in.

It’s an excellent independent bookstore. They have authors in for talks and signings nearly weekly, it seems. And it was fun to have a buddy to go with. We browsed around a while, and after we checked out, the shopkeeper directed us to a tucked-away little French cafe for lunch.

Now I can make tea and sit in my reading chair and read my way through the newest BAE. Even though it hasn’t been cold enough yet to heat the urban cabin, summer is gone. Now it’s fully fall.

This post is a reprint from Notes from an Urban Cabin. Used with permission.