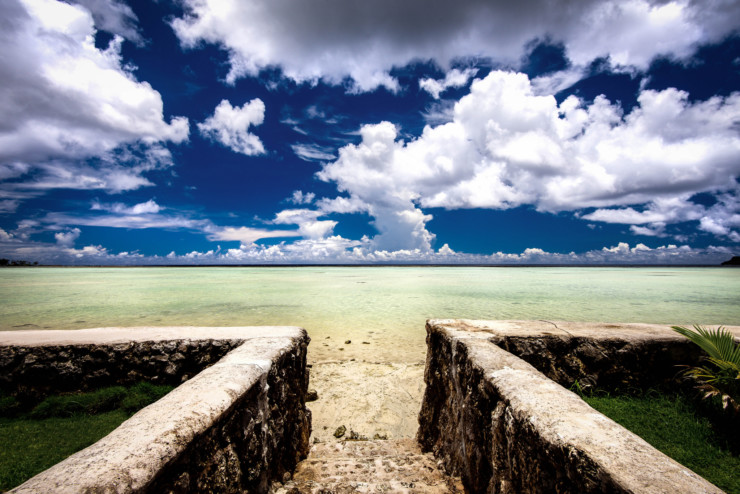 Culture and Society in the Odyssey

Cultures and societies, both ancient and modern, have their structures. Some structures have, surprisingly, not changed much at all over time; some would be hard to find evidence of in a modern-day setting. Others are a bit of a mix; the old still there, but modified in certain ways. Through reading Homer’s The Odyssey, we get a glimpse of this dynamic at play. The society and culture that infuses the play is both recognizable and foreign to the modern Western reader. Here’s how.

Unlike modern Western society, the head of the household in Ancient Greek society was the man, with the wife having lesser authority (more than a young son, less than a grown son). This is illustrated in the beginning of The Odyssey, with references to Penelope and Telemachus; the story proper starts because Telemachus, having grown, is trying to take his place in the household, but is unable to because of the state of flux his household is in—his mother refusing to marry any of the suitors, the suitors refusing to leave, his father missing, and he being treated like a boy by everyone. Telemachus tries first to speak to the Agora, the council; but they are afraid of their own sons and dismissive of Telemachus, still seeing him as a boy. It follows, then, that the first part of the story is the proving of his worth by Telemachus; proving that he is grown and ready to take his place as a young man and not a boy. In this he is helped by Athena, who has a fondness for him because he is Odysseus’s son. It would be hard to imagine a similar reality in modern western society; today, Penelope could get a job and not be expected to marry again, and the situation would therefore not require the same of Telemachus.

In Athenian times, wealth was measured in livestock, land, and precious articles: gold, fabrics, and pottery. In Telemachus’s journey in search of his father, he is given gifts to take home; Odysseus, as well, is offered gifts when staying in others’ households, but he also takes loot as spoils of war. Many of the wealthy characters in the story have gotten much of their wealth from luck in battle. Today, the evidence of wealth is still similar in many ways: instead of livestock, there are cars; but land is still of importance, as are precious things, and money is the most important of all.

The Anex, or war-leader (such as Odysseus) is a commander during war but not a king; by that I mean he does not have absolute authority, and those under him do not regard him as having any special claim to this station except that which he has earned by his feats. Odysseus also serves as a Captain of his ship; but complicating that fact is that his men didn’t sign up for a long sea-voyage with him, only a war; this might contribute to some of the problems with mutiny he has later on (not helped by his own tendency to hide everything from his men). Similarly, high positions today are won in part because of talent; in this respect Odysseus has more in common with a modern corporate leader than a historical king.

In the past, kin was important. Take, for example, Eurylochos (second-in-command of Odysseus’s ship) who caused problems for Odysseus and whom Odysseus didn’t even really like, but felt obligated to because they were related. While such complications are just as likely to entangle us today, the importance of kin is less institutionalized, and in many ways much eroded from what it was in ancient societies. Consequently, we are more likely to feel guilt than obligation when thus entangled. Guilt, too, is unarguably powerful. But it’s also often disrespected and seen as something to be overcome rather than acted upon and entertained.

Proper rituals for the gods involved sprinkling wine and grain on the ground and burning part of the meat to be eaten; there were also proper rituals for guests and proper ways for guests to respond. This is illustrated many times in the story, and counter-illustrated by the suitors, who break those rules. It was the disregarding of these common courtesies and rituals that was the suitors’ greatest crime. This is related to the rules of hospitality—that is, that a household would give hospitality to all guests who came and asked. In fact, this particular facet of Ancient Greek culture was not unique to them, but was also important to many other ancient cultures, illustrated in the bible, as well as in Old Norse myths; a counterexample is in the Cyclops, who breaks the rules of hospitality when Odysseus comes calling with gifts—rather than responding properly to the gesture, Polyphemus locks the men up and eats them. There is no clear correspondence to these hospitality rules in modern Western culture, though gifts are certainly used to try to facilitate reciprocity—if less so in families and communities, then at least as a tactic in marketing products and services.

The Ancient Greeks valued feats of physical strength (it was they, after all, who invented the Olympics) and such importance is illustrated in the games scene, where a man taunts Odysseus to try his hand at them—and the shoot-arrows-through-axe scene, where it is this which convinces those gathered that he is truly Odysseus. But the Greeks also valued the mind, and cleverness: every man who tells of Odysseus praises his cunning in war, one notable example being the Trojan horse gambit. Further, there is Odyessus’s and Athena’s plan which relies heavily on disguise, as well as Penelope’s own cunning in evading the suitors, unraveling her weaving every night to delay having to marry one of them. In issues of strength, at least, there is a direct similarity: even now, the Olympics show that feats of strength, endurance, and dexterity are still of importance to much of the world. And as to issues of cleverness, modern Western culture highly lauds the quality of Creativity, especially in the form of Innovation in businesses.

At the time of the Athenians, revenge was taken when a person had trespassed an important cultural structure: usually, revenge would be taken by killing the perpetrator—for example, Odysseus’s massacre of the suitors, and the story of Orestes, alluded to. A counterexample is Athena’s judgment of Odysseus’s act in killing the suitors and her forbidding the taking of revenge against it. Revenge was also the reason Odysseus did not get home for so many years: Polyphemus prayed to Poseidon for revenge on Odysseus for the taking of his eye and Poseidon obliged but could not kill Odysseus because the other gods didn’t want him dead. In modern Western society, such revenge is frowned upon, or rather it is institutionalized; the law takes care of revenge for the wronged while a lone person is not expected to.

In the end, the basic human needs: power, safety, comfort, pleasure, haven’t really changed. In some ways the society and culture of the Ancient Greeks seem strange; in other ways they are unexpectedly familiar. Though the structures may change, under it all, humans are still humans; it is this that allows a story written so long ago to still speak to readers today.