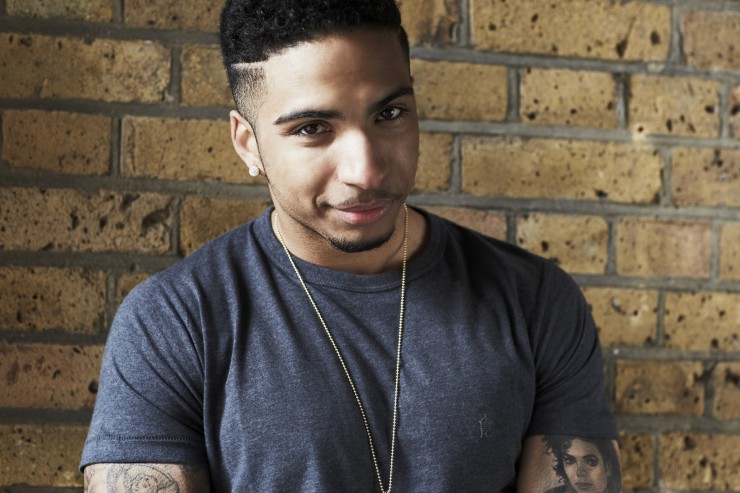 10 of the Best Tattoo Poems

I speak as one who has no tattoo, I should say. It is unlikely that will ever change. But that doesn’t mean I don’t look wistfully at the ones that tell the stories of other people and imagine for a while, let my untattooed mind linger on the possibilities of what poem I might like to see embedded, and where.

Meanwhile, we will make do with actual poems about tattoos, real or imagined. Enjoy this list of 10 great tattoo poems.

The webs of your eyes
Are fastened
To the flesh and bones of you
As to rafters or grass.

There are filaments of your eyes
On the surface of the water
And in the edges of the snow.

It turns out there’s a difference between a detail
and an image. If the dandelion on the sidewalk is
mere detail, the dandelion inked on a friend’s bicep
is an image because it moves when her body does,

even when a shirt covers the little thorny black sun
on a thin stalk. The same way that the bar code
on the back of another friend’s neck is just a detail,
until you hear that the row of numbers underneath

are the numbers his grandfather got on his arm
in a camp in Poland. Then it’s an image, something
activated in the reader’s senses beyond mere fact.
I know the difference doesn’t matter, except in poetry,

where a coffin is just another coffin until someone
at a funeral calls it a wooden overcoat, an image
so heavy and warm at the same time that you forget
it’s about death. At my uncle’s funeral, the coffin

was so beautiful it was like the chandelier lighting
the room where treaties are signed. It made me think
of how loved he was. It made me think of Shoshone
funerals, where everything the dead person owned

was put into a bonfire, even the horse. In that last
sentence, is the horse a detail or an image? I don’t
really know. In my mind, a horse is never anywhere
near a fire, and a detail is as luminous as an image.

The trumpet vine on the sagging fence. The clothes
in the fire. And each tattoo that I touch on your back:
the three-part illustration of how to use chopsticks,
the four-leaf clover, the clock face stopped at 12:05.

The big country beat the little country up
like a schoolyard bully,
so an even bigger country stepped in
and knocked it on its ass to make it nice,
which reminds me of my Uncle Bob’s
philosophy of parenting.

It’s August, I’m sitting on the porch swing,
touching the sores inside my mouth
with the tip of my tongue, watching the sun
go down in the west like a sinking ship,
from which a flood of stick orange bleeds out.

It’s the hour of meatloaf perfume emanating from the houses.
It’s the season of Little League practice
and atonal high school band rehearsals.
You can’t buy a beach umbrella in the stores till next year.
The summer beauty pageants are all over,
and no one I know won the swimsuit competition.

This year illness just flirted with me,
picking me up and putting me down
like a cat with a ball of yarn,
so I walked among the living like a tourist,
and I wore my health uneasily, like a borrowed shirt,
knowing I would probably have to give it back.

And the girl on the radio sings,
You know what I’m talking about. Bawhoop, awhoop.

This year it seems like everyone is getting tattoos—
Great White sharks and Chinese characters,
hummingbirds and musical notes—
but the only tattoo I would want to get
is of a fist and a rose.

But I can’t tell how they will fit together on my shoulder.
If the rose is inside the fist, it will be crushed or hidden;
if the fist is closed, as a fist by definition is,
it cannot reach out to the rose.

Yet the only tattoo I want this year
is of a fist and rose, together.
Fist, that helps you survive.
Rose, without which
you have no reason to live.

— Tony Hoagland, author of What Narcissism Means to Me

I walked over the dark bridge
and into a city I
did not know.
I pointed to the shadow
on the wall and was
given my black wings.

He drew the fish
and placed it
under my breast
and worked for three hours
until I passed out
and then worked for another hour.
He told me the story of the koi
and the dragon and the pearl
and left it in three colors
on my body.

I got a green star.
Green because it is
a Mardi Gras color.
Behind my ankle
because I wanted
it to make me fly—
so that when I run
I’ll lift off from
the ordinary ground.
And mostly I do.

Because of lightning
on a young waiter’s bicep
I lied and said I forgot my sweater,
left my family with our menus,
followed after him, outside,
into the parking lot,

rain coming down,
a few cars, one tree with ugly branches,
clouds tensing into pig shapes,
then releasing—I waited for him.
I’ve thought about the long vine
that like a motorcycle

on an open road
would begin at my shoulder—
I do anything I want—
how words like chrysalis
squirm into blossom,
how a body willingly

takes on its own unnatural blue—
bare winter breasts,
veins like phone wires
beneath my wrist.

— Dzvinia Orlowsky, author of Except for One Obscene Brushstroke

Wood-planked floors, twelve-foot
ceiling, a wall of glossy snapshots—
dragonfly, water lily, barbed wire
spiraling a woman’s thigh. The artist
bends over my lover’s shaved leg,
his palate of paper cups filled with ink.
Through her skin, three finches
emerge on a blackberry branch,
ink mixed with blood beading her calf.
For the third time, I run downstairs
to the car, slap the gearshift into
neutral, roll over the parking cop’s
chalk mark, buying us time. Hours
I sat beside them, telling stories,
changing the music, rubbing color
back into her fingertips. Now I
lean against the car and listen—
the buzz of the needle piercing
her skin, the heart-shaped sign
swinging its rusted chain. This is
my job—he will change her body
forever, I will love what she becomes.

For Lysa, Who Tattoos Me in Her Miami Living Room

Across Washington Avenue, limousines
disgorge their starched and shimmery
occupants in plumes of laughter and hunger
into a landscape confettied with sex and paste jewels.
“I dreamt this, ” she tells me, straddling my right knee,

her needled machine poised near the hollow
between my shoulder and clavicle, and I smell
the incense and tobacco suffusing her T-shirt
but we’re not touching and behind us is Monday
night’s parade of moon and sea, palpable

in this room of six windows where a steel table
serves as altar: bottled pigments, paper towels,
Vaseline, surgical soap in its squirter.
Snap and pull of latex gloves within the blue
glow from the street lamps, tattoo of lacquered nails

against a cheap lighter, hiss of flame against
the mouth of the cigarette, clang of glass and metal
against the city’s midnight machinery
while practice stencils flutter to the floor.
“I dreamt this, you have perfect skin, ” she tells me again

as the thump of hip-hop blurs into the needle’s whine
and my eyes decant salt pearls that fall and fuse
with the ink and blood welling along the delicate strokes
of the kanji that will anchor me.

Let the ink tell the real story,
not his dream of me—the assistant,
standing naked, the snake coiled
around my arm, the temptress
with the son who died
for pride and smoke.

Show my daughters how
we threshed the dry grain,
and baked the flat bread,
on the rocks of a sad history,
hidden behind splendor.

It’s not easy with gods
and men, nailing their edicts
to a tree, one way or another,
making their pronouncements,
from balconies and mountaintops.

Their gods expect compliance,
but we are the mavens
who haggle sheep for a life,
from our cloth and paper prisons,
to keep the promises true.

You can believe the old story,
if it helps you sleep,
but remember, I am in you
always, the cage bone,
the one closest to the heart.

Born in the Year of the Dragon

You slept with dragons
without eyes, your chest,
your arms, that broad back

their shelter, semi-covered lair.
Who knew a man with silver
horns in his nose studied

the Chinese zodiac, believed
in legends no one tells sitting
amid the flash of downtown’s

ink shops? You made choices,
you said, marked your skin
over and over with the sign

of the year you drew your first
breath — yang to snake’s yin.
Hundreds of hours you spent

making your body a showcase,
the artists with their irons
careful to avoid the tangents

that deprive each spirit animal
space to roam your 340 pounds
free on six-foot four-inch frame.

You did security, checked ids,
made the bands feel welcome,
gave in to no temptation but

the tattoos and the piercings.
A guy with a psych degree, you
didn’t get to finish your story.

You always intended to give
them eyes, to let them waken
to leave you when you died.

Back and forth his arms the
Hue of hope, descant, memory
Part flesh, part art.

Air, arms pumping
ahead of him, as a
constant reminder of
the things he’s seen
and where he’s been.

Turning slightly, I see at the center of his chest
Sliced with dye, a crucified Christ,
His back, a Chagall canvas where
The winds whip welts, wounds, worn
The things that are behind
Him, part flesh, part art.

He stares ahead as he cuts a swath
Through the beauty of the lilies,
Picassos serendipity tracks mutilating his inner
Arms, pumping, self abusive, reborn
Through the passage of the day,
The poison slowly dripping off his fingertips.

Poems are used with permission of the publisher or poet via Every Day Poems, appeared in our weekly poetry prompts, or are in the public domain. Photo by Lwp Kommunikáció, Creative Commons license via Flickr.