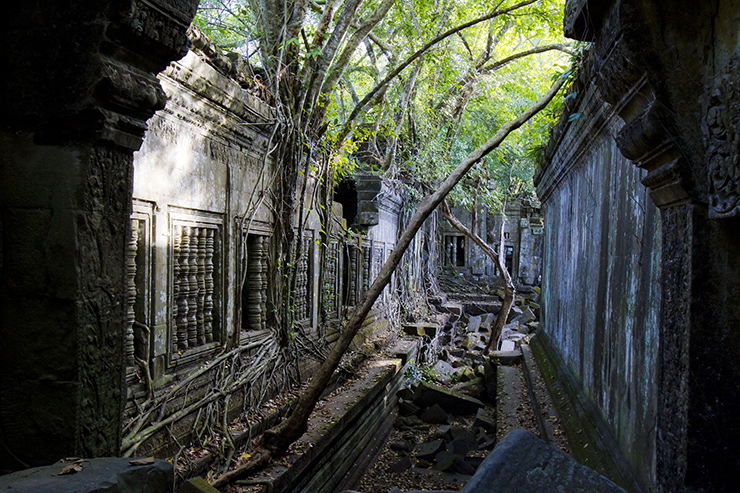 Tragedy and Comedy: Understanding the Psychology and Neurology

Why do people enjoy tragedy and comedy? It’s a wide question, perhaps especially of interest to the writer who wishes to structure her work with the reasons for our love in mind. These reasons are explainable on fundamentally psychological and physical levels. There have been enough scientific studies on the power of story to come to some fascinating conclusions.

One reason has to do with satisfying the human need for connection: storytelling transcends minds. Literally. And especially when experienced aloud. Speaker-listener neural coupling is when the brain activity of the person speaking and the person listening mirror each other—it’s not some kind of magic “broadcasting” that comes from the speaker and just impresses itself willy-nilly on anyone nearby; crucially, the coupling only happens when there is comprehension in the mind of listeners; they must “participate” in the story to experience it—when a listener’s mind wanders, the effect is broken.

The amazing thing is that these mental states can be communicated so well through the medium of words, and in fact not much is known about exactly how that is possible; but it means that the storyteller can literally influence the state of mind of the listeners. (1)

Though neural coupling usually happens with a delay on the side of the listener, in some places the listener’s brain has an anticipatory response, and greater anticipatory coupling equals greater comprehension. That this effect exists can inform an understanding of the structure of stories, which rely on the reader expecting and anticipating events before they happen, and explains why story twists can be disastrous when done wrong. If not telegraphed enough they can seem to “come out of nowhere, ” which jars the neural coupling effect (not to mention destroying trust in the storyteller’s capability to plot).

People enter into stories to a surprising extent, not only when listening to a storyteller, but also when reading silently. It’s been found that reading words describing sensations corresponds to brain activity regarding those senses: for example, metaphors involving texture activate the sensory cortex; and when people read about characters moving, the brain’s activity in the motor cortex will match the character’s action. (2) What this means is that stories allow people to experience something they are not experiencing as though it was actually happening.

This has more implications than just feeling the physical components of a story. Experience-taking occurs when the reader is immersed in a character within a story, to the extent that they feel “the emotions, thoughts, beliefs and internal responses of one of the characters as if they were their own, ” (3) when the reader essentially “becomes” them for the course of the story; this might seem creepy, but in fact it is shown to have positive effects in the matter of empathy, which connects with the findings of similar studies, for example that “small children (age 4-6) who were exposed to a large number of children’s books and films had a significantly stronger ability to read the mental and emotional states of other people.” (4)

Stories are, then, incredibly powerful tools of communication and understanding, that rely on a kind of removed emotional intimacy—“a psychological event that happens when trust levels and communication between two people are such that it fosters the mutual sharing of one another’s deepest selves.” (5)

Okay, so stories have measurable effects on those who experience them, but what particularly about tragedy and comedy is so appealing? As the answers to both are different, let’s treat them one by one.

Though the idea of catharsis has been around forever, there doesn’t seem to be much evidence for an actual scientific effect, though one study found evidence for the indirect positive effects of catharsis in fiction (6) when combined with introspection. The tragic story, though dealing with unhappy events and unhappy characters, actually makes people happier after experiencing it, corresponding to how much the story led the viewer to reflect on their own close relationships. Because negative emotions make people more thoughtful, they are more likely to think after experiencing a fictional tragedy. (7) Fictional tragedy makes people’s brains release oxytocin, which makes them care more about others (8), and, if watching with others, creates brain synchronization between the viewers. (9)

As for comedy, though little research seems available on the effect of satisfying or happy endings on the brain, humor is known to decrease negative moods and anxiety and can counteract depressed moods in the short-term. (10) Also, laughter can lower blood pressure “to the same extent… [as] physical exercise.” (11)

Having talked about the effects of comedy and tragedy individually, a question presents itself: what might be the effects of comedy and tragedy together? It’s not as strange as it might seem; various tragedies also contain comedic dialogue or scenes in some places, and comedy, by its very nature, contains the possibility for tragedy, or to be more precise, humor works by being a benign violation (12): “There’s some sweet spot to comedy where you need the right degree of threat.” (13) In fact, humor can mitigate the effects of upsetting situations, as shown in several studies. “Humor exerts its psychological effect by forcing a change of perspective … positive humor facilitates real reappraisal, while negative humor works by half measures, distancing the subject from the upsetting picture without creating a new mental scenario.” (14) Comedy and tragedy have a point of connection; the addition of humor prevents the stress which otherwise-upsetting scenes will cause, and the effectiveness of humor also depends upon there being some small degree of threat or violation.

Madness: Characters’ Use of Tragedy and Comedy

Shakespeare’s Hamlet, a tragedy, nonetheless contains scenes of dark humor that interact with the tragic nature of the play both in-universe and on a meta level. For those watching the play, the comedy gains its humor from its subject matter and also minimizes the stressors of the subject matter, and the character of Hamlet himself uses humor knowingly in a similar fashion throughout the play. After the emotional untenability and horror of his situation is revealed in the beginning of the play, Hamlet conceives of his plan to pretend to be mad, which, whether or not it really diverted suspicion from him, allowed him the freedom to interact on an honest level with others, that because of the necessity of secrecy, he could not do any other way, through the use of dark humor. (15) In effect, he took on the position of the court jester (16), or Fool, as he used much of his humor to criticize those people he could not otherwise criticize without the protection of “madness.”

Similarly, in the Batman universe, The Joker (17) also plays the role of court jester, using the protection of madness (he can’t be given the death penalty because Gotham’s courts have found him insane) to criticize society (to a greater or lesser extent, depending on the version).

Interestingly, though some versions of the character are clearly insane, others are more possibly “putting on an act” just as Hamlet is. The brilliance of the character lies in the way it combines horror and humor; while The Joker murders and terrifies, he conceives of the world at a distance from which everything seems to be a joke, and his crusade is to make sure the rest of the world (and specifically Batman) understand this point of view. As a fictional character whose crimes, to the reader, are also fictional, there is enough of a psychological distance (at least for some people) to find him legitimately amusing, though no one would be laughing if he were real. To wit, “The audience’s laughter may be taken as a measure of pleasurable participation in, and recognition of, deviance that they could never countenance in reality.” In fact, the Joker continues the literary connection of comic characters to madness that has roots far into history, all the way back to Greek theater. (18)

Longstanding story structures and character constructions use both comedy and tragedy to produce pleasure, learning, and bonding in audiences. What seems to be merely the device of the storyteller has, in the end, a psychological and physical basis and outcome. Though the science of it may not be understood by the storyteller or their audience, the effects are real.

Questions for the Writer

1. If stories have this much power, what are the implications for the writer?

2. Do all stories have the same level of power? What techniques can a writer employ to make a story the most powerful it can be?

1 – Speaker–listener neural coupling underlies successful communication
2 – Your Brain on Fiction
3 – “Losing Yourself” in a Fictional Character Can Affect Your Real Life
4 – Why Fiction is Good for You
5 – Emotional Intimacy
6 – The Therapeutic Effects of Cinema: An Experimental Study of Catharsis Through Narrative Media and Contemplation
7 – Smiling Through the Tears: Study Shows How Tearjerkers Make People Happier
8 – The Surprising Reasons We Like Sad Movies
9 – Intersubject Synchronization of Cortical Activity During Natural Vision
10 – The Psychology of Humor: An Integrative Approach
11 – Movies May Cause Special Effects on the Body
12 – The Dark Psychology of Being a Good Comedian
13 – Awfully Funny: The Psychological Connection Between Humor and Tragedy
14 – Psychologists Find that Jokes Help Us Cope with Horrifying Image
15 – Hamlet’s Humor: The Wit of Shakespeare’s Prince of Denmark
16 – Jester
17 – Self Demonstrating: The Joker
18 – Revels in Madness: Insanity in Medicine and Literature