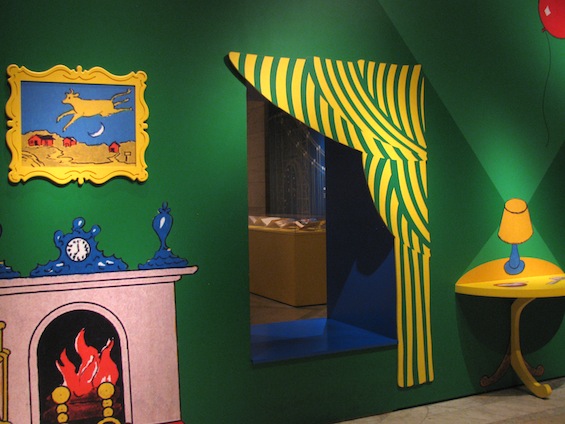 There are no good books which are only for children. —W. H. Auden

That day in 2nd grade when I was grounded for riding the bus to Brynn O’Brien’s house after school without telling my parents, I was also scolded by the school librarian for trying to check out Ramona the Pest, believed to be above 2nd grade—and so by extension—my reading level. She let me take it, but warned me that I’d better actually read it or I’d be back to Dick and Jane faster than a dog named Spot could run across the street to fetch a red ball.

I read it. Of course I read it. Probably more than once. And I continued to sneak into the older readers’ section of my library week after week hoping she would let me take the rest of the Henry Huggins stories, the Chronicles of Narnia,  The Pushcart War. (She did.) 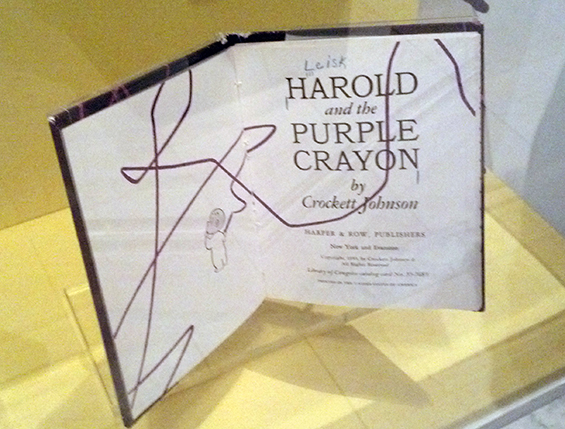 The books I read as a child—probably the same way the books you read as a child—were a means of transport to other worlds. Some, a whole universe away and others that could have been across town but were equally enchanting. I worried all the way through The Tale of Peter Rabbit,  knowing he would be caught by Mr. McGregor. I longed for Harold’s Purple Crayon, not only for the delicious pies it could draw on a picnic blanket with such a marvelous instrument, but also for the holes it would draw and allow me to slip out of the current scene. Books were the place where perfect and terrible worlds were created, lending perspective, without my realizing it, to the world in which I actually lived. The ABC of It: Why Children’s Books Matter

It’s perfect timing, then, that the New York Public Library’s children’s book exhibit is in full swing. While in New York City for the recent Tweetspeak meetup, we stopped in at the library for a fun and nostalgic look at the wonderful children’s books and history on display in The ABC of It: Why Children’s Books Matter. Harold and his purple crayon were there. The Wild Things were there. We said Goodnight Moon and got a big smile from Alice’s Cheshire cat. Aesop told his fables while Pooh and Piglet tried to hold their tattered original selves together. The Secret Garden—complete with its original hand-written manuscript—was there. A person with a soft spot for children’s books might truly feel as though he’d fallen into the rabbit hole, not knowing which way to turn next, surrounded by such beloved characters. 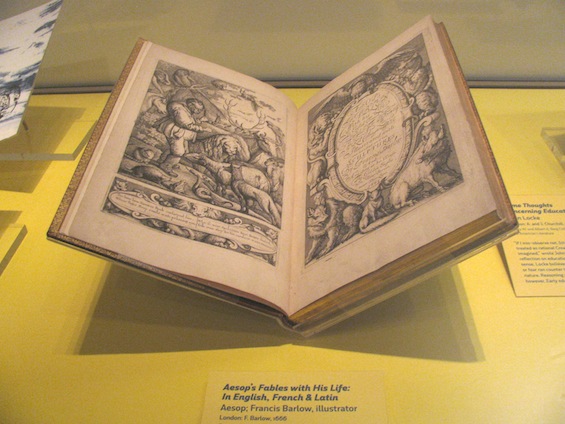 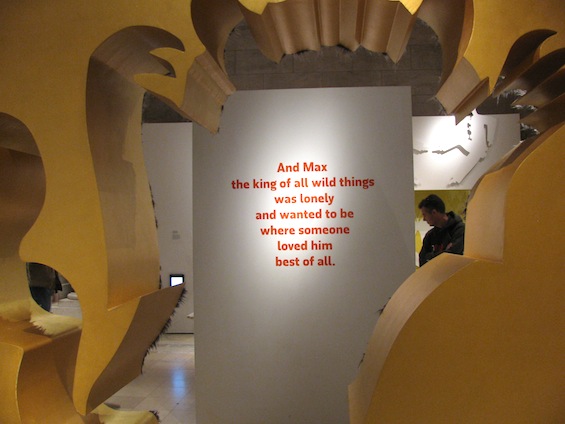 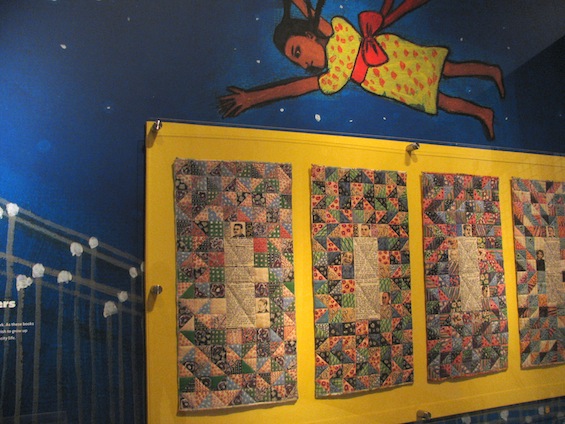 The exhibit traces the history of children’s books, from the time of the Puritans ascribing eternal significance to the ability to read, believing that a child must be able to read the Bible in order to be achieve salvation. Thank heavens for William Blake and his self-published Songs of Innocence,  whose illustrated lyric poems pointed “the way for generations of children’s writers and artists, from Hans Christian Andersen to Maurice Sendak, whose young heroes radiate inner knowledge and strength, and are unafraid to say when the emperor has no clothes.”

This is the real beauty of children’s books, for me: the way a fanciful story, an imaginary realm, a make-believe story can tell such bare-faced truth.

Exhibit photos by L.L. Barkat and LW Lindquist. Post by Will Willingham.