Writing poetry from art ignites creativity and helps you become a better writer. Join Maureen Doallas in this Image-ine exercise based on “Bedsheet, ” a painting by Lisa Hess Hesselgrave.

Every boy should know how
to do a veronica, fix one knee
in front of the other, and bend

the spine to sounds of Ole! Ole!,
sure two-handed maneuvering
of the makeshift cape bringing

fully imagined bull to its lancer.
A particular flick of the wrists
takes practice to pose, each pass

low to keep the beast’s head down.
Some days it’s science, some art,
bull and boy both brought to kneel.

Who protests the positioning too
soon for the kill is lost in the last
swirls of magenta. Beyond the ring

Write a poem of your own based on Lisa’s image “Bedsheet” or choose a line from Maureen’s poem as a starting place. Post on your blog and link to us (we love that), or just drop your poems here in the comment box.

This is the first of a series of Image-ine posts based on Lisa Hess Hesselgrave‘s paintings.

See the first Image-ine Poetry post in this series.

See the second Image-ine Poetry post in this series.

See the third Image-ine Poetry post in this series.

See the fourth Image-ine Poetry post in this series. 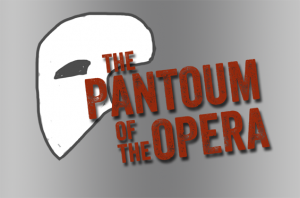 Browse our full collection of poetry teaching tools, from writing books and prompts to literary field trips and poetry infographics.