Tour the Mark Twain House and Museum in Hartford, Connecticut

When we visited the Mark Twain House, we discovered this: Twain took a curious route to becoming an author. One that seems mildly antiquated at best. In particular, it smacks of taking the long way around.

He started his writing career typesetting the manuscripts of other authors.

After the death of his father, a young Samuel Clemens took on an apprenticeship as a printer’s “devil, ” spending his days with the words of others, not his own. Along the way, he learned a thing or two about good writing–about how to make the best use of his words. Only after eight years of this work did he set about writing his own.

As best as I can tell, his typesetting education was an excellent one. It is our good fortune that he waited and took the scenic route, rather than waking one morning to a dream of writing The Adventures of Tom Sawyer before he’d ever written any other thing. 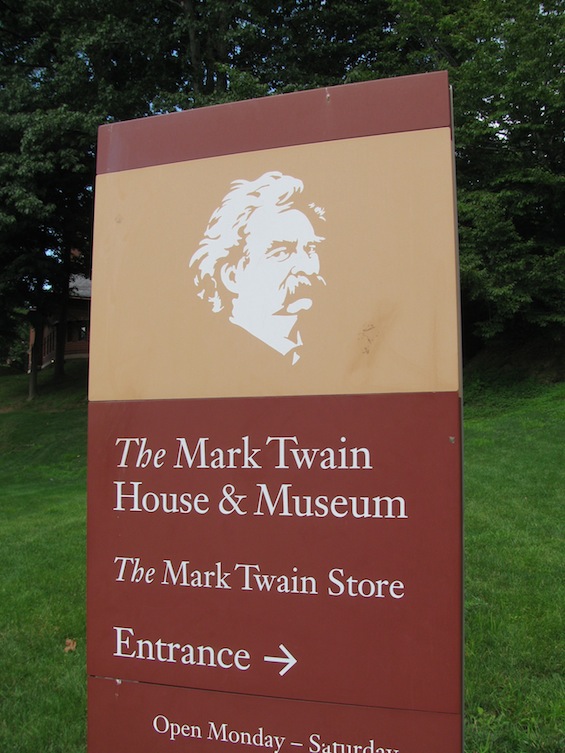 We recently called on the beloved author at the Mark Twain House and Museum, hoping for a tour of his red brick Victorian home in Hartford. It seems that perhaps Emily Dickinson or Wallace Stevens warned Mr. Twain of our impending arrival. As has become customary for us when visiting famous authors, the house was not available for tours, though that wouldn’t stop certain persons with a camera from peeking in the windows. We also managed to poke around in the museum and gift shop. It was here that we learned of his early start as the printer’s devil. (A suitable moniker for a mischievous writer.)

Twain was an investor of sorts, and funded a number of inventions and business ventures, and also secured patents for inventions of his own. He also established a publishing house which saw some success with his titles, such as The Adventures of Huckleberry Finn,  and the work of other writers, though as is still the case in publishing, many titles performed less successfully.

He later took a large share of his book earnings and his wife’s inheritance into what he believed was the future of printing, the Paige Compositor. So certain was he that there were millions to be earned from the automated typesetter that he invested $200, 000 or so. In the end, only two of the machines were built, neither of which sold. One was donated as scrap metal in WWII, and the other stands in the museum, looking much more like a locomotive than a printer, and taking up nearly as much room. Twain lost his investment and ultimately declared bankruptcy. 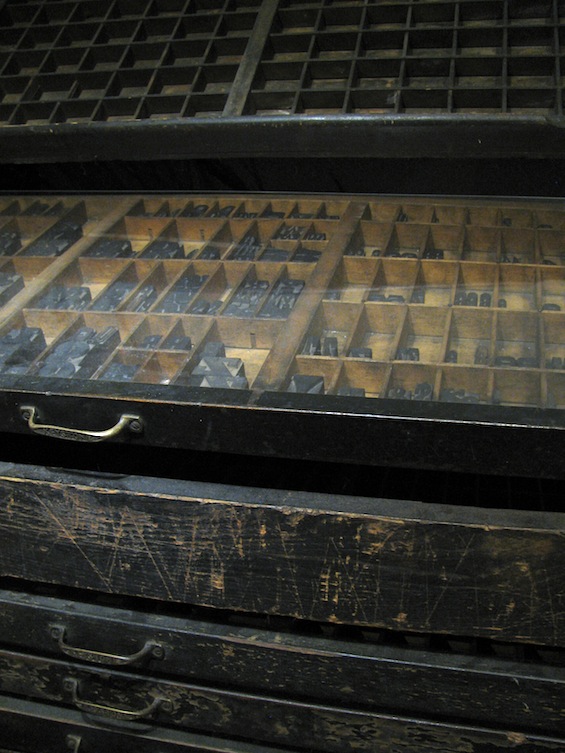 Mark Twain was a prolific writer, working first as a journalist before writing his books. While his self-deprecating style might lead one to believe he was haphazard in his approach to his craft, we understand he routinely churned out around 4, 000 words a day, disappearing into his study after breakfast and not reemerging until evening. Often having multiple works in progress, he was known to set one aside when he ran aground, picking up with another and sometimes not looking at the first again for weeks or even years.

When the tank runs dry you’ve only to leave it alone and it will fill up again in time, while you are sleeping. — Mark Twain 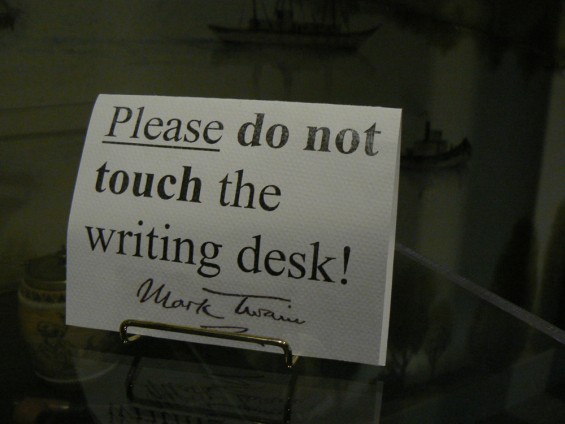 And while he may not have seen his greatest success in business, his successors have found a way to reap success, whether by way of the Mark Twain bobblehead, the Huckleberry Fizz soda and Huckleberry Licorice Whips, or a selection of namesake private label coffees and teas. 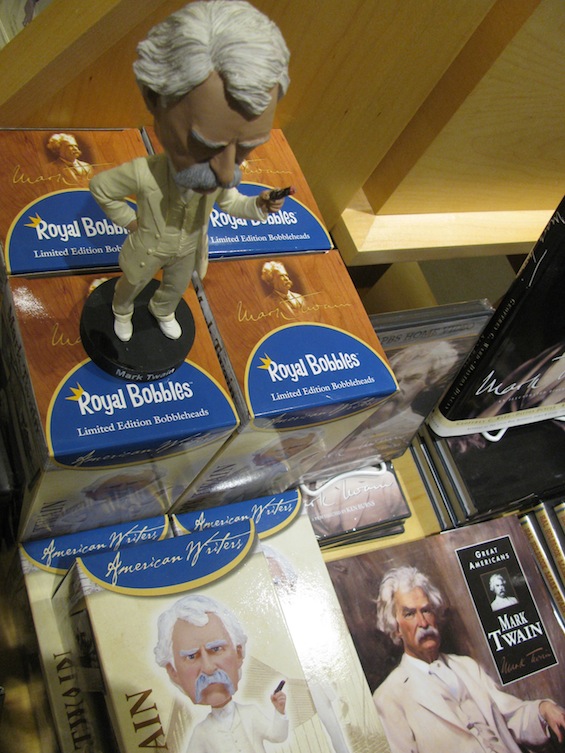 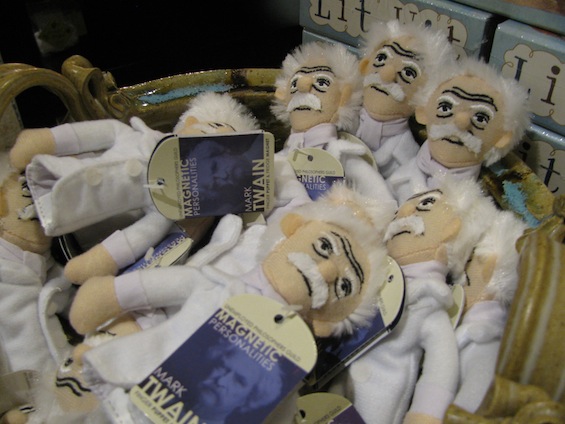 While you wander the grounds at the Mark Twain House and Museum, ponder Twain’s business advice over a cup of Mark’s Choice or Twain’s Decaf:

Photos by L.L. Barkat, author of The Novelist: A Novella. Additional photos and post by Will Willingham.

Interested in other literary sites in Hartford? Take the nearby Wallace Stevens Walk. Tell M we sent you.