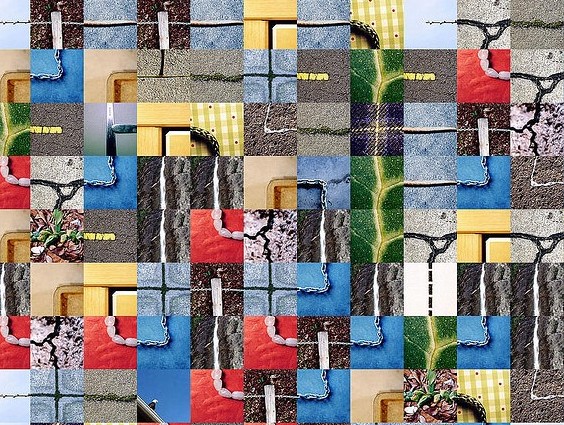 A curious combination of television and poetry helped change an industry.

I was having trouble finishing a speech. And it wasn’t just any speech but a rather significant departure for the company. It would have one of two outcomes. Either the company executive giving it would “elect to pursue career opportunities elsewhere” (companies rarely “fire” senior executives), or the speech would change the company and the industry forever.

A lot was riding on this speech. And I was having trouble finishing it. I had tried a dozen different endings, and nothing seemed to work.

Then I remembered a television program that had aired on PBS. It was about the Bhopal tragedy in India from a few years before, when another company’s plant leaked a chemical, killing more than 10, 000 people and seriously injuring many more. Understanding what this tragedy had meant to the public was an implicit theme in the speech, and I wondered if I could make it explicit.

I ordered a copy of the program (this was years before anyone had even thought of YouTube). I watched it. Twice. I took notes. I watched and wiped tears away. Both times.

The power of the program was how it personalized the tragedy. The number of dead and injured was numbing, but put names and faces to some of those numbers, and the abstract became real. Horrifyingly real.

This is what the speech had to be about.

I watched it a third time in a conference room at work. And then I wrote the ending in poetic form.

Doctors and nurses frantically trying
to learn what had happened,
to know how to treat the victims…
a mother describing how her baby
died in her arms, choking to death…
a young wife watching her husband die…
a 12‑year‑old boy who was
the only survivor of his large family.

For all our talk about the safety of chemicals,
Bhopal is the end point of chemical risk.
We must live up to what the public expects
of us, and do our jobs as we know we can.

Anything less is failing the trust
we have to the public.

Anything less is failing
ourselves.

When I was done, I knew I had the ending for the speech.

But it was highly emotional—would the executive be comfortable with it? And what would the audience—1, 500 American and British engineers—think?

I went back to the beginning of the speech draft. I rewrote the entire draft, working everything to point to the end of the speech, to focus everything on that highly emotional conclusion.

The executive read and said, “I think this is it.”

The time for the speech arrived. The executive left for London. I had to wait days to hear what happened.

When he returned, his secretary called. “He wants to see you, as soon as possible.”

It’s hard to describe the anxiety I felt as I arrived at his office. He pointed to the chair in front of his desk. I sat, and he didn’t say anything at first. Finally, he spoke.

“They cheered, ” he said. “Fifteen hundred chemical engineers stood and cheered.” He paused. “It was like hearing poetry. They want me to record it to send to every engineering chapter in the association.”

He smiled. “They stood and cheered.”

A tragedy, translated by television into a reality that couldn’t be ignored, had become poetry, and then a speech paved the way to a commitment by the industry that a tragedy like Bhopal would never happen again.

Requests for copies of the speech continued for the next seven years, five years after the executive had retired.

Photo by Genista. Sourced via Flickr. Poetry at Work™ post by Glynn Young, author of the novels Dancing Priest and the recently published A Light Shining.

Buy a year of happy work mornings today, just $5.99 — Read a poem a day, become a better poet. In March we’re exploring the theme The Pantoum.