Resolution. Determination to follow some sort of action. Firmness of purpose or intent. The act of resolving, of transforming by a process, of disintegrating, of progressing from dissonance to consonance. In other words, poetry.

Every semester, I meet aspiring teenage writers in my creative writing class. Young writers who have stories to tell, poems to write, lives to change. And then they turn in their first poem, like a child bringing his mother a bouquet of dandelions. We read it together, evaluating technique, style, and form. Many of these beginning writers have a hard time seeing that their poems aren’t very poetic. They think if it’s intended to be a poem, and it looks like a poem, then it must be a poem. So what’s the problem?

A poem must have resolve, be resolute. A poem must have what one poet-friend calls a through-line, an overarching purpose or direction that provides enough bread crumbs for the reader to work his way through. A poem must be intentional in style, technique, sound, and rhythm. It must be crafted (not blurted), readable (not scan-able). Most importantly, a poem should make both you and me care–about the poem, the situation, our mutability, our journeys intersecting in this moment of the poem. A poem must hold enough mystery to make me reread it, enough imagery to keep me afloat in its own poetic ocean.

After hearing this, my students react one of two ways. There are those who steadfastly write and revise, eventually producing a semblance of a meaningful poem. These students sigh about the challenge the poem presented, and they didn’t think they had it in them. Then there are the dandelion poets, whose eyes gloss over, mumbling through disheartened lips about how they never realized how hard it was to write a poem. They rewrite by changing punctuation and line endings. Sadly, the poem dries up and blows away in the wind.

Maybe it’s not just a poem that must have resolve, but the poet as well. Because the poet holds the power to illuminate and the power to suffocate. As a poem begins to take form, the poet walks a fine line of crafting and allowing the poem to craft itself. It takes determination not to force your way or your answer into a poem; it takes humility to let the poem breathe and bloom. It takes staying power to plant a poem, water it, weed it, mow it, and water it again. Especially in the throes of winter.

I remember applying to an MFA program many years ago, and I was confident that my portfolio would stand out from the crowd, that I would be lauded with accolades, scholarships, and recognition. The form rejection letter crushed me, the dandelion poet. I didn’t write for months, and avoided poetry (reading and writing) for a year. I was too fragile. But the frostbite eventually thawed. I committed to hone my craft, to be a young writer and a wise writer, to create art rather than ego, to learn the art of poetry, the art of life.

And the poems? They’re still resolving. 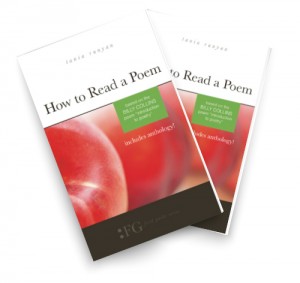 How to Read a Poem: Based on the Billy Collins Poem “Introduction to Poetry”