A friend of mine writes a column called Dear Boots, where she answers questions about Waco and Texas. The first one was from a Midwesterner who wondered how we cope with the heat. Here is part of Boots’ answer:

We can’t erase what we know about how good it feels when the icy wall of air greets us as we walk through the front door, but we can stop waiting so intently for it.”

Dear Boots, I’ve never been more thoroughly rebuked in my life. It’s time for me to approach summer’s heat and drought with more gentleness. 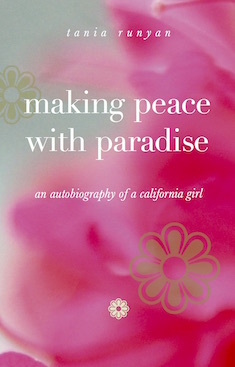 I can imagine someone who found
these fields unbearable, who climbed
the hillside in the heat, cursing the dust,
cracking the brittle weeds underfoot,
wishing a few more trees for shade.

An Easterner especially, who would scorn
the meagerness of summer, the dry
twisted shapes of black elm,
scrub oak, and chaparral, a landscape
August has already drained of green.

One who would hurry over the clinging
thistle, foxtail, golden poppy,
knowing everything was just a weed,
unable to conceive that these trees
and sparse brown bushes were alive.

And hate the bright stillness of the noon
without wind, without motion,
the only other living thing
a hawk, hungry for prey, suspended
in the blinding, sunlit blue.

And yet how gentle it seems to someone
raised in a landscape short of rain—
the skyline of a hill broken by no more
trees than one can count, the grass,
the empty sky, the wish for water.

I flagged this poem to save for By Heart a year ago, when we had a much milder summer. It seems this is the year I needed it — a year with its record number of days over 100, lack of rain for months, and a recent wildfire that burned 1,400 acres.

Meditating on Gioia’s poem, with its descriptive lists of what does grow on California hills in August, caused me to make my own list for the Texas Hill Country. Things an “Easterner especially” might “scorn,” “hurry over,” and “hate.”

Things to Appreciate in a Texas Hill Country August

• A dry hillside sports many pleasing shades of brown
• The glory of live oak shade, stretching as wide as a house
• Outdoor tables still fill at restaurants
• The delight of stepping into a car warmed to literal oven temperature by the sun, but the water in your Yeti, sitting in the cup holder, is still ice-cold
• A cloud-sighting is reason for texting a friend
• Crepe myrtle trees, blooming anyway
• Sometimes leaves turn golden in August, too dry to hang onto green
• When rain comes, it is is worth video recording, and when that rain cancels a pool party, even kids don’t complain

I love Dana Gioia for both selfish and unselfish reasons. Selfishly because he allowed me to use his poem New Year’s in my first book, The Joy of Poetry. Unselfishly because he takes poetry out of ivory towers and into hearts. He was the California poet laureate from 2015-2019, and he chaired the National Endowment for the Arts. In addition to writing acclaimed poetry, his book of essays Can Poetry Matter? is a critique of how poetry has been used and misused in American culture. He’s written music, including opera libretti. He has a poem about the Beach Boys.

Thanks to Gioia and Boots, I will not spend the remainder of this month cursing this “landscape short of rain,” 12 inches down, as of Sunday. Monday brought glorious rain (which I videoed and sent to four people), and I hear tell more is coming. A poet friend in our town once wrote, “Even as it rains, we pray for rain.” I count every drop.