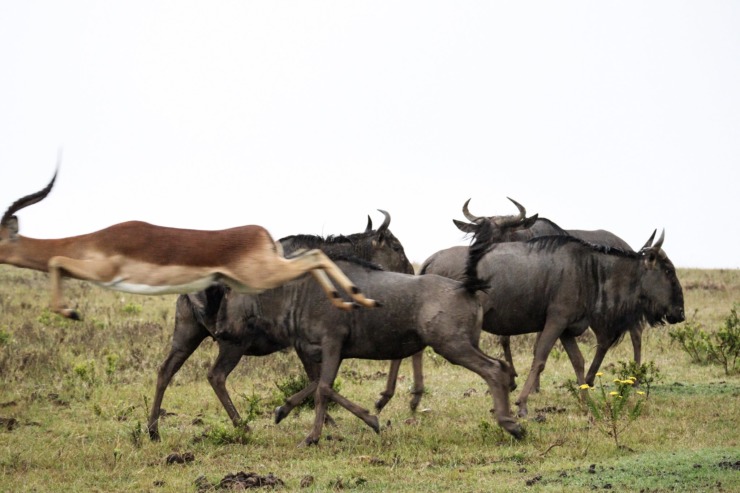 Recently, I was asked by a writer friend if there was only one type of essay I could write for the rest of my life, which would it be? Thus, the idea to write as many hermit crab essays as possible. A hermit crab essay, described by Suzanne Paola and Brenda Miller in Tell It Slant, is a lyrical essay that takes the shape of an existing form, such as a recipe, a how-to manual, a sewing pattern. The rationale has to do with the essay’s content — it could be too vulnerable (like a hermit crab), needing a “house” to inhabit, to shelter it and help it makes its way.

In this first attempt, I explore mothering a high school daughter under the “shell” of the directions necessary to execute a switch leap.

Well, and, What’s a Switch Leap?

Switch leaps are without a doubt the scariest dance move you could ever attempt. Ask any dancer about them, and they’ll tremble with fear and terror. Think of that scene in The Sixth Sense, when the little boy says, “I see dead people,” except it’s, “We’re going to practice switch leaps.”

You have two options to begin. You can walk three steps, or sashay and step out on the third beat. Of course, this is assuming the beginning of the move starts in the dance studio. I think the beginning can occur anywhere.

Take the night I was introduced to switch leaps (I cannot honestly write, “learned”). Hadley was performing in an All Hallows’ Eve concert, and each of the band sections got to dress up for Halloween. The trombone section chose the characters from Scooby Doo.

“I need a purple dress,” Hadley told me about twelve hours before the concert.

Spend just a few minutes with me and/or my writing, and it will become clear that I love clothes and fully embrace all shapes and brands of attire. I do not have a purple dress. Furthermore, I do not know where to get a purple dress hours before said dress needs to be donned.

Consider this the sashay or the walking part of the switch leap. Most are familiar with walking and sashaying. Sashaying is perhaps the equivalent to walking for dancers, anyway. Even when they’re walking, it’s so obvious they want to fancy it up.

So it goes with my high-schooler and me. I’m familiar (now) with spur of the moment plans and even spurrier of the moment changes to those plans. If all I was doing was sashaying and leaping? No problem. Yes, my knees hurt just a tad when I land these days, but they haven’t fallen off yet. It’s that next step — the “and” between counts three and four that trips me up. This is where all the power and precision, the skill and strength come into play — on the half beat. This move is Voldemort.

You can’t linger too long. Everything must be exact, otherwise you’ll never get off the ground. Or you will, but you’ll look like you’ve simultaneously sneezed, stepped on fire, and peed your pants all at the same time. Also a feat, but not one anyone wants to witness.

Here’s what you should do:

On the “and,” your left leg swiftly brushes to a 45 degree angle as though you’re pushing something you don’t want out of the way — a cockroach, or meatloaf. Meanwhile, your right leg is in plié. This is important because that’s where all the power comes from. I learned that the plié is activating pockets of energy that the knee, ankle, and hip hold, and these energy pockets are all waiting — like freshman entering high school for the first time and feeling the sting of the air, books and computers and mopped floors and sweat-scented cologne and hair wax. Or like a mother who sits in the parking lot on a rainy Friday night with a bag filled with Homecoming dance attire (a spaghetti-strapped dress and white Converse) for her daughter to change into because the car is the most efficient dressing room, and the mother is saying, “Not my story, not my story, not my story.”

“It won’t happen ever,” one of my classmates says, and we all laugh.

The night of the switch leap and of the All Hallows’ Eve concert, I was going to go straight from the concert to class because otherwise there would be no time, so I packed a bag and said I’d change in the car while Jesse drove.

“Mom, no,” Hadley told me, and went on to explain that a) no one should ever change in the car, and b) besides, we are giving her friend a ride home, thus making Mom changing into dance attire infinitely and definitively embarrassing.

Hadley’s band director conducted the band in a giant T-Rex costume. She could barely walk to the podium and her tail threatened to kill the entire wind section, but I can’t take off jeans and put on leggings in my own car.

“Can we slow the move down?” my classmates and I plead/whine.

Our teacher says, sure, but we won’t understand how it works because we’ll have no momentum.

“You can start small,” our teacher says, “but you need to keep moving.”

My teacher, who transforms into something other when they dance, who has a voice like a fairy and the strength of a football player, who seems to effortlessly blend and break every idea, thought, and belief of what it means to be something, tells us, “Find neutral and stretch.”

“This is too complicated,” I told Jesse in the auditorium minutes before Hadley’s concert began. “I’ll just go home after this.”

“I hate being rushed,” I snapped back.

“You are the only one who is rushing yourself,” he said.

I rolled my eyes. I never hope for perfection. Doing something perfectly never motivates me. In fact, I find the concept utterly boring. However, if I can’t imagine myself attempting it, if the plan I set out changes, or if (scariest of all) there is no plan, I have a hard time making a move.

I texted my best friend.

“I need you to tell me that it’ll be OK if I miss one dance class. It’s just too busy tonight.”

“You’ll feel a lot better if you go to dance class,” she texted back.

The dance studio is right across from the University of Michigan. Its door is similar to Harry Potter’s Platform 9 and 3/4. I ran and dodged a crowd of students who paid no attention to the middle-aged woman clacking down the street in knee-high-heeled boots, but I could feel a change happening as I moved. My body lifted. I felt strong, and graceful. I was sashaying more than I was walking by the time my hand reached the door.

“I knew that’s where you were headed,” said a man who was sitting on a brick ledge that bordered a tree with a plaque next to it (something important happened there years ago).

The man smiled when he said it, and I smiled back. “Yeah,” I said.

I flung open the door and ran up the stairs.

Try your hand at a hermit crab essay.  Here are some suggested prompts: “How to Change a Tire,” “How to Tie Your Shoe,” or since it’s November, “How to Bake a Pumpkin Pie.” Share your work in the comments, or if you have a blog, leave the link below.