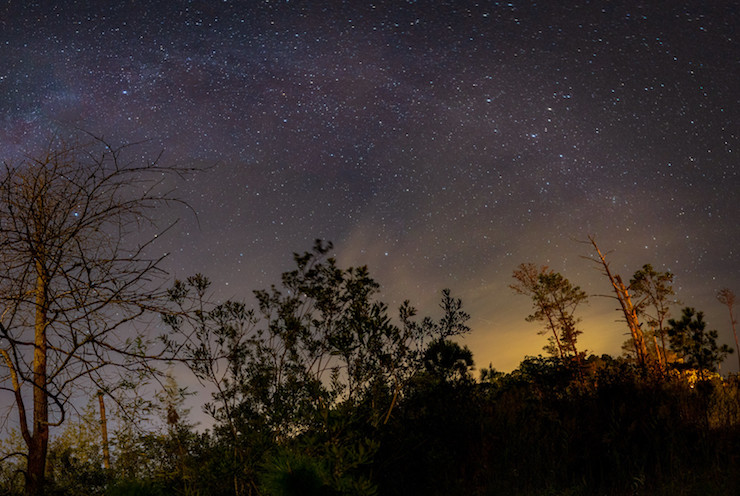 Few chapters in the whole wide world of chapters ever written are as delightful as chapter 5 in The Great Gatsby. (Hey, I’m a poet and have earned my right to hyperbole.) Daisy’s visit to Nick’s house, complete with a surprise Gatsby, then their excursion to Gatsby’s West Egg mansion, is awkward, delightful, and beautiful all at once.

Some of my favorite moments:

In addition to this wild ride of emotions, we begin to explore a central question of the book: Is Gatsby’s dream more powerful than reality? Does he, in fact, cherish the dream of Daisy more than Daisy herself? We learn that the green light is no longer an “enchanted object,” and that “There must have been moments even that afternoon when Daisy tumbled short of his dreams—not through her own fault, but because of the colossal vitality of his illusion.”

This is where the novel starts to get to the root of Gatsby’s dreams, and, really, the nature of dreams themselves, “promise[s] that the rock of the world was founded securely on a fairy’s wing.” We learn that Gatsby “sprang from his Platonic conception of himself,” bringing new meaning to the term, “self-made man.” After spending time on Dan Cody’s yacht and sleepless nights overcome with “grotesque and fantastic conceits,” the once James Gatz becomes Jay Gatsby, remaking his image, sailing around the continent several times, and naively losing an inheritance to a suspicious woman, Ella Kaye.

Then Tom and Daisy show up at one of Gatsby’s parties, and we witness Fitzgerald’s hard truth: no matter how hard Gatsby works at it, he will never be rich in the right way. Daisy acts like she’s having fun, but we learn that the party, and all it represents about tacky and emotional West Egg, offends her. Dreams can only go so far. Gatsby has Daisy now, in terms of a summer fling, but he wants more, “nothing less of Daisy than that she should go to Tom and say: ‘I never loved you.’” He fully believes it is possible to repeat the past and is mortified that Nick thinks otherwise.

The last few paragraphs of chapter 6 offer a masterful look into Gatsby’s “incarnation” into greatness through Daisy, or his belief in all that Daisy represents. Re-read those paragraphs, and if you haven’t already, mark all those dreamy lines and images that help you feel what Gatsby feels.

Free verse: There are so many rich sentences about Gatsby’s dream in these chapters. Take some time to revisit those, and choose a favorite. Next, write a poem that starts or ends with that line—or maybe both! For example, take “[He] forever wed his unutterable visions to her perishable breath,” and use it as your poem’s starting or ending point.

Form: Ghazals are all about longing, and so are chapters 5 and 6. Write a ghazal in which you use a line of longing from the novel to write your qafia (rhyme) and radif (refrain). Yes, with ghazals, each couplet stands on its own, so the poem as a whole won’t be explicitly about Gatsby as much as about dreams and longing. Well, wait. I guess that is about Gatsby!

Here’s my ghazal, which incorporates lines, phrases, and images from throughout these two chapters:

In that stir and bustle among the stars,
he started to believe she’d flung the stars.

The universe sighs, pulses away from enchantment,
but they are still so bright and young, the stars.

He dreamed it to the perfect teeth,
soaked and scrubbed, wrung out the stars.

Her deathless voice could not be overdreamed;
it spun human magic, strung the stars.

Is the incarnation ever really complete?
Does it tremble like a tuning fork rung on the stars?

So easy to get lost in wisps of startled air,
like the poet who daydreamed, clung to the stars.

Get the book (non-illustrated) FREE as a patron of Tweetspeak Poetry!

Or, pick up the vintage-illustrated copy on Kindle for $3.99…