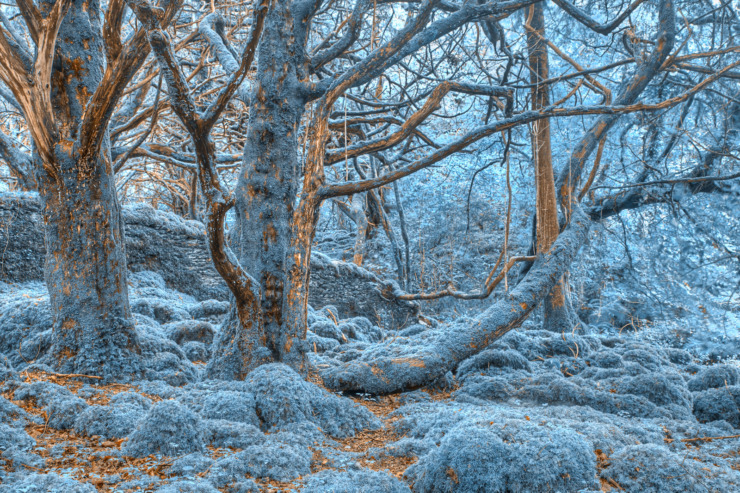 I have been writing my third book with this question in mind: What does The Hobbit have to offer a 45-year-old woman?

The question drives my writing in three ways. First, I want to know if I can write a story about a story. Second, I’m working under the assumption that The Hobbit is a children’s book. Third, almost four years ago, I signed a contract to write a series titled, The Teacher Diaries: one on Romeo and Juliet, one on The Hobbit, and a book about To Kill a Mockingbird.

But what happens when I am no longer a teacher? At least not in the way I used to be? Does this story still matter to me if I’m not guiding 7th-graders through it? Should it matter?

Lately though, I’m beginning to wonder whether The Hobbit isn’t for children. At least, not only for children. For one thing, all the characters are adults — like, really old adults. For another, many of them are bull-headed, both good guys and bad guys (at times it’s hard to tell which is which — a sign of a true story as far as I’m concerned). Many of them insist they know the right way to go about adventures, find treasure, build villages, and so on, with all matters of living. I’m beginning to think Tolkien meant for us stubborn adults who believe we know so much about ourselves and the world to read a story about not knowing. I wonder if he meant for us to see ourselves in Bilbo, an established old fellow, totally set in his ways and wanting for nothing. Someone who, let’s face it, made a pretty ridiculous decision to run after those dwarves and Gandalf and become a burglar.

What can we learn about ourselves following a guy who basically doesn’t have a clue what he’s doing? Like, ever? What starts to untangle within us when we read Bilbo’s plea to the dwarves to believe in him: “You think I am no good. I will show you … Tell me what you want done, and I will try it.”

At the end of this past summer the pool just beyond my home was going to remain open for a group of adult swimmers who, because of the pandemic, couldn’t swim indoors.

In order to run their program, the pool needed to have a Covid point of contact person. I’d love to be able to explain to readers what this is, especially since it was I who held the position, but I don’t know exactly what my responsibilities were.

“You’ll essentially get paid to write,” my friend Jaime, who asked me to be the CPOC, said. (It looks so much more legit when you put a position in initials and all caps.)

We were sitting on my deck when she asked me to take the position, and I said nothing but looked over at the pool. “Plus,” she continued, “I know you’re a morning person.” Again I said nothing. “It’s only six weeks?” Jaime finally said, which could’ve been interpreted as, “Pretty please?”

I am in no way suggesting that Jaime is Gandalf (although, I’ve done some pretty stupid things because of her), or that I am Bilbo. However, while I wasn’t excited about walking in the pitch black across what I will insist is a haunted golf course (everything is haunted at that hour), I wanted to be a part of making it possible for people to do what they loved.

So for about forty days, I sat in the club house while people jumped into the pool and swam — nonstop — for about ninety minutes. I learned many of them were doctors, who after their morning swim would head to the hospital and make decisions on how to serve during a health crisis that seemed to change daily.

I talked daily with the coach who, while much taller than the dwarves, had the personality of one. I took Jaime’s suggestion and brought my writing, but I loved listening to his stories. They were wild and crass and probably not the right venue for the sun’s rising each morning, but the more he talked, the more I learned he, like all of us, was fighting a great battle.

I learned how to check the chlorine levels, information that proved vital to keep the swimmers safe, and on the last day the pool was in service, Jaime and I coiled up the lane lines and stowed them away for next summer. Already it was nostalgic, putting to rest a slice of where we find ourselves at home.

The job reminded me of Flannery O’Connor’s plea to have something to do, even if it was sweeping the steps of church. Even if the job is small, even if we never understand what it is we are doing, it is so good to be called to do something.

It helps us face our dragons, perhaps the greatest quest of all.

“Who are you, and where do you come from, may I ask?” This question comes from Smaug, the dragon Bilbo must face.

“I am he that walks unseen … I am the clue-finder, the web-cutter, the stinging fly … I am friend of bears and the guest of eagles.”

Bilbo is naming himself after his experiences. He finds himself in what it is he was willing to try. For me, that might be:

I am an el-rider
a Thatcher woods inhabitant
I dance with the wild things
I am a midnight bike-rider
I walk with what is haunted
I am a story bearer.

“Don’t let your imagination run away with you!” Smaug warns.

I say let it do just that. Let your imagination run and run and take you with it.

Smaug too is an adult, albeit an adult dragon, and I want to be nothing like him, who believes all that glitters must be fiercely protected.

That might be the most tragic mistake of all.

This week, let your imagination run away with you and write a poem about who you are based on what it was you were (or are) willing to try.