Once upon a time I was in the best book club that ever was. It consisted of three members: my friend Rachel, my friend Emily, and me. We met once a month and called our meetings REC Days because of our names and also because a lot of times our meetings took all day, like a good recreation day ought to.

We talked about books over coffee and the best doughnuts DC had to offer (Colorado Kitchen, which is no longer. Sorry, kids). We rode our bikes along Rock Creek and through the National Zoo. We had lunch at Politics and Prose. We ran around the terrace of the Kennedy Center. We had beers on the banks of the Potomac.

Once, after reading A Tree Grows in Brooklyn, the three of us decided we had to stand in a tenement where Francie grew up. So we drove to New York City and walked up a narrow, creaky, dark wooden stairwell and thought about Johnny, Francie’s father, stumbling up the stairs drunk and singing Irish songs. We stood on old floorboards and looked around at the dark, tiny space and wondered about seeds that are planted in a great big city.

Once, during a trip to the annual Sheep and Wool Festival in West Friendship, Md., the three of us were watching sheep get sheared up to their chinny-chin-chins when one of us said she wanted to learn how to knit. Rachel told us about a lady named Helga who, word on the nation’s capital’s streets was, was the best knitter in all the land.

Helga was a congregant at Rachel’s father’s church. Oh, I’m probably wrong for writing that. It’s God’s church. But what I mean is Rachel’s dad was the pastor and Helga lived down the street, and Rachel loved her. Said Helga was blunt and hilarious, and told great stories.

So Monday evenings the three of us met at Helga’s to learn to knit. The first time we arrived, she had three spools—are they called spools?—of yarn in woven baskets. “That’s my yarn, and those are my baskets, and you can keep them,” she told us, leading us into the kitchen.

We sat around her table, and she showed us how to cast on. Rachel and Emily got it right away, but all I did was tie knots; my fingers were so tangled in the yellow mass of yarn and needles it looked like I was giving the finger to knitting.

“I’m left-handed,” I muttered, looking at the floor.

Helga shook her head. “Uh-uh, honey. Left-handed ain’t got nothin’ to do with it.” She slapped a hand on my shoulder and leaned in. “You got to bloom where you planted.” She looked at my fingers. The tips were turning purple from the yellow yarn wrapped around them, cutting off the circulation. “Honey, I think this is the wrong soil.”

She started to laugh. I looked at Rachel, who was struggling to keep a straight face. Emily, who is the most honest person I’ve ever met, looked at me with her lips set and her eyes slightly sympathetic but more matter-of-fact as if to say, “Helga’s right.”

We laughed so hard that I was afraid I would have an accident if I didn’t get my hands untangled and get to Helga’s bathroom.

That night, before I went to bed, I wrote in my journal, “Bloom where you’re planted.” Every Monday after that, I scribbled down things Helga said. I think she questioned my intelligence because I kept coming back for knitting night, but I brought my basket and my knotted-up yarn and I pretended to try while I listened to Helga’s stories.

I wish I could tell you some of them, but I can’t capture a single one except to tell you she was bold and mischievous, hilarious and scandalous. She told us she knitted a bikini once; that got us laughing so hard, I was both afraid I’d never breathe again and thankful I’d die laughing.

This was all when we lived in the city. Too soon, though, the three of us would learn the harsh reality of housing costs. Maybe we gave up too easily, but Emily and I moved to the ’burbs, a decision I still fret over, and Rachel moved to New Jersey. I didn’t get to see Helga anymore, except one Saturday in the spring of ’08.

I went to her house for a bridal shower for Rachel. I was about six weeks pregnant with my daughter Harper, and I was bleeding. Before I drove to Helga’s, I’d gotten off the phone with my OB/GYN, who’d said to come in that Monday. “If it’s happening, it’s happening. There’s nothing we can do to stop it.”

I put on a black wrap dress with a bit of a high slit, up the front, no less. The buttons were little silver skulls. I wore black heels. I put the dress on because I was feeling weak and afraid, and I hoped wearing it would make me fierce and strong. I tied the belt loosely, because I wanted to be gentle with whatever I was carrying.

What I was holding inside of me came with me to meet Helga. I sat at Helga’s dining table and listened to her stories – loads and loads of wonderful and delicious stories that made me laugh and wonder and feel thankful. All afternoon Helga captivated the ladies who came to wish Rachel well in her life ahead, and I kept a hand on my belly and thought about standing in the tenement years ago and wondering about small seeds growing in impossible places.

Two days later, I walked into the sonogram room and heard Harper’s heartbeat. It was so loud it filled the room like a Tenebrae drum on Good Friday: fierce and terrifying, and declaring a brand-new story.

It is Monday, but it is not knitting night. It is ballet night. Eleven years ago, it would’ve been knitting night. Rachel and Emily would’ve finished with scarves and moved on to hats. I would’ve been sitting at Helga’s kitchen table with my basket in my lap, holding my needles and listening for stories.

On this Monday, it is bitter cold. We live a block away from the dance studio, but I’m worried Harper will be cold so I ask if she would like me to drive her.

“I want to walk because I want to run and leap,” she tells me. “Also, I’m wearing tights, two pairs of pants, and leg warmers, but no underpants because you’re not supposed to wear underpants to ballet, but it’s OK. I’ll be fine. I want to leap.”

So we run and we leap to ballet, and when I get home, I have a message from Rachel: Helga has died. I sit down on my couch, my phone in my hand wondering what to say. “I bet she’s talking God’s ear off,” I type. Rachel types back: “I bet she’s found her husband and is smoking a cigarette.” I type back, “I like your story better.”

I sit on the couch for a while, thinking about Helga and messaging Emily and Rachel as we pass around memories of knitting, the best book club that ever was, trying to bloom where we are, and the many different ways there are to be fierce and strong.

Photo by Fio Condutor, Creative Commons license via Flickr. Post by Callie Feyen originally appeared at Makes You Mom and is reprinted with permission. 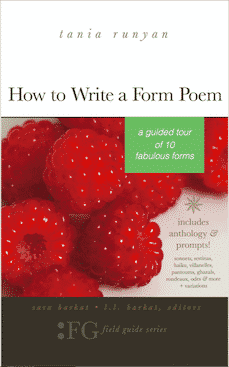