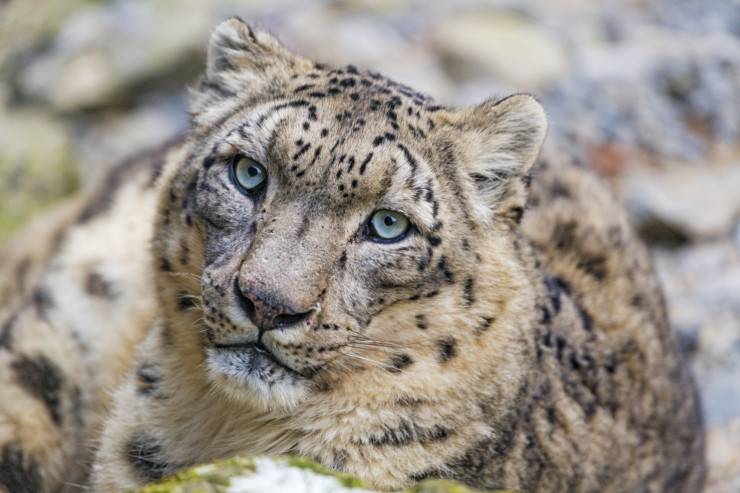 Sometimes you get lucky, and the calendar aligns perfectly. This month our regularly scheduled slot for the Children’s Book Club touches both Easter and National Poetry Month. So it’s the perfect time to read Fear the Bunny. The entire book is built around a single joke, one that non bunny-owning kids might not get. The tiger in the story doesn’t get it either. When he comes across a porcupine reading poetry to a group of forest animals, he interrupts when he hears, “Bunnies, bunnies, burning bright, in the forests of the night.” This is a well-read tiger who knows his William Blake.

“Excuse me. That’s not how it goes. It’s ‘tiger, tiger, burning bright, in the forests of the night.'”

Why is it “bunnies, bunnies” in this forest? There is only one thing that could strike terror in the fur of badgers, foxes, skunks, squirrels, bluebirds, warthogs, frogs, bears, owls, and a very literate tiger: It is the fact that bunnies reproduce like … well, like bunnies. There are more of them than there are of us. Be afraid. Be very afraid.

Or as the squirrel says, “Please run away. Save yourself.”

Illustration and text work together to tell this story. Artist Priscilla Burris shows the tiger flexing his muscles and boasting that he’s the scariest thing in the forest, while the porcupine checks his watch, as if to say, “Oh dear, look at the time!” When the animals hide from the approaching horde of bunnies, they do so in the cutest way possible, beneath flowers and under mushrooms.

Meanwhile the text by Richard T. Morris uses humor to move the story along. When the tiger sees the first bunny, he complains, “What’s he going to do? CUTE me to death?” Then the horror comes, and the tiger is properly chastised. At the story’s end the tiger reads “Bunnies, bunnies” to a group of animals, including two small tigers. Surely they will not follow his mistake about the existential terror of bunnies.

The inside back cover of the book has the entire text of Blake’s poem. Since I hadn’t read it since middle school, I read it aloud. And I imagined the tiger from this story growing up in tiger school, where he learned this poem By Heart. I imagine he was proud to know the lines about “fearful symmetry” and “deadly terrors clasp” were all about him. No wonder he scoffed.

But now, because of this book, I can’t help but read the poem with “Bunnies, bunnies.” Go ahead — try it. Read the poem aloud and change the word “tyger” to “bunnies.”

It’s not too late to join us for our By Heart gathering in two weeks, April 24. We’re memorizing William Blake’s The Tyger. And if you prefer to learn it as “Bunnies, bunnies,” we won’t complain.

The next Children’s Book Club will meet Friday, May 8. We’ll read The Poet X by Elizabeth Acevedo, a YA novel told entirely in poems.