Due to coronavirus measures and public arena closures, many families are now faced with setting up school at home. So we’re offering Home Ed 101 to get you on your educational feet. Today’s edition is devoted to setting up your home school classroom. We invite you to ask any questions you might have!

L.L. Barkat is a certified K-12 teacher who ended up home schooling her two daughters from Kindergarten through eighth grade. During grades 9-12, her daughters enrolled in a distance-learning school, so the learning “went virtual.” Surprisingly, she found herself more involved than ever once the distance-learning part of their school experience began.

When I first started home educating my children, I had a lot of fears. Maybe I was going to do this thing all wrong and ruin my kids’ lives. Maybe they were going to miss out on important social learning or special experiences like band and sports, and they’d therefore miss their calling as the next violin virtuoso or Olympic skater. Also, I was educated in public schools, and I’d been working as a public school teacher, so I found it difficult to believe that doing school at home was a choice that would turn out well. (Plus, maybe I would lose my mind, and that would surely be unpleasant for my family! 🙂 )

First, I’d seen a few families in the region schooling their kids, and I liked what I saw. The kids were achieving at admirable levels, and the families had a nice rhythm to their days. The choice had meant sacrifices for some of them: a parent staying home instead of being full-time employed, but they seemed to think it was worth it.

Second, my older daughter was at a different level than where school activities would be focused when she entered Kindergarten (in her case, she was ahead, having been writing since she was two years old).

I took the plunge.

Years later, I can safely say it was worth every minute, though there were definitely challenges along the way. Both my daughters say that home education literally changed their lives, in a good way. Both of them decided not to study for the SAT, but (with the exception of math, which was average) they achieved in the 95-98% percentile ranking for the other portions of the test. Today, they are beautiful writers and thinkers and artists, which perhaps they would have been anyway, but I know that I didn’t ruin their lives. And, to hear them tell it, home education is one of the best things that ever happened for them.

With schools closing everywhere right now, maybe you want to go full into home schooling. Or maybe you’ll just have your kids do school from home. Regardless of how you choose to go about it, I encourage you to think of it as an opportunity and an adventure. Why not? After all, this is what’s been handed to us as society, for now.

Setting Up Your Home School Classroom

There’s no one way to set up your home school classroom for success, but here are six ideas to help you on your way. With some variance, I used these approaches from K-12.

We have a tiny house that’s no bigger than some large apartments. If you have a bigger space, that’s great, but it’s not necessary. What is helpful is to designate your learning zones. This way, the brain gets trained to get into education gear when the space is entered.

For instance, when my kids were young, they’d come to breakfast and find their “morning work” at the counter. The deal was that you eat your breakfast, then do the work before moving on.

Morning work was basic-skills focused. We’d memorize proverbs and poems. They’d copy alphabet or math facts or short literature passages into their journals. Or they’d go through foreign language flash cards. (For the first three years of their schooling, we were doing Greek, Latin, and Hebrew, just for a little exposure to the world beyond English.)

After “morning work,” came “couch time,” which meant reading The Story of the World on the couch together. Each of my girls had a notebook in which they’d draw pictures while I read history to them in story form. 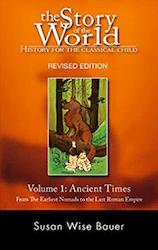 From there, the day became less directed-by-me, so the space was no longer designated. I had a pile of picture books on various subjects I wanted to “cover,” that were stacked at one side of the living room. But my kids didn’t know this was “school.” I also encouraged them to play blocks and dolls and dress-up and games in their room.

What appeared to be free time to them was, to me, their literacy activity time. Reading and writing relies on a deep understanding of narrative structures, and there’s no better way to develop that than through exploration of stories in both picture books and through active story-construction that happens during play. Some of the stories my kids created, and the worlds these stories inhabited, are still in their memories today!

One temptation when setting up your home school classroom is to keep the kids engaged in teacher-directed learning all day. That’s tiring, for heart and soul, and it doesn’t take advantage of one of the best things home school offers: more time for play.

I used to direct my kids’ play only mildly by saying we’d be doing a party a few months later, and then seeding their book pile and play area with certain materials related to the party. The promised party just happened to coincide with our learning goals for the year. I still have the “tapestry” they made for our medieval party, and my kids (now 20 and 22!) have fond memories of the Roman party (with the cake that somehow ended up looking like a football field), the Egyptian party (with ancient-recipe honey cakes hard as rocks, oops!), the Greek party, the Midsummer Night’s Dream party, and more. 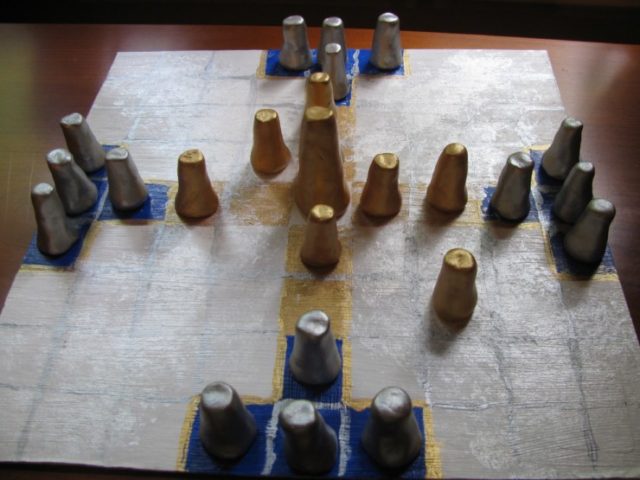 viking game, by sara at age 15 handmade teabag by sonia, at age 15 Oh, sure, there were days I let my pre-schooler sit in front of the TV for a while. She still remembers learning a bit of algebra from CyberChase, and some very cool jazz songs from The Backyardigans.

But I also knew that hand work was incredibly important for children (actually, for us grownups, too!), so in the afternoons I’d often set up an exploration zone with art and science supplies. This does not have to involve a lot of extra spending. You can gather materials from the outdoors for science explorations, and you can have kids create sculptures from existing objects in the home. You can even do “water paintings” on paper or outside on concrete. Classical music is fabulous for a child’s brain development, especially for boosting math skills. I knew that, but I’d often forget to include classical music in our day—until I started “keying it” to lunch time.

Designating lunch time as music time solved the problem! I’d turn on the Mozart and get my kids involved in making lunch (then eating it), and we were on our musical way.

5. Use House Cleaning as a Mini Phys Ed Time

No, I’m not talking about making our kids into Cinderellas. But, if you think about it, in the “old days,” people were responsible for a lot more of their daily needs and environment—milking cows, planting or harvesting crops, fixing fence posts. You name it. And they were healthier as a result.

House cleaning is a necessary part of your home school day, and it happens to be good physical exercise. Two ways we upped the physical ante: One, we put on high-energy cleanup music (they loved Big, Bad Voodoo Daddy), and this inspired dancing while tidying. Two, we’d set a timer for 10-20 minutes and try to see how much we could clean up before the time was up! That increased the speed (though not always the accuracy) with which they engaged in tasks. 😉 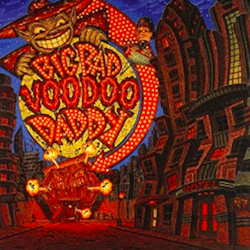 6. Be Sure to Go Outside

Depending on your situation, it can be easier or harder to include outdoor time. But it’s entirely worth it, for your child’s brain and your own personal well-being.

If you have access to green or blue spaces (yards, woods, fields or waterways), all the better! Green spaces have been show to soothe the symptoms of ADD and increase focus and attention. Blue spaces give us a sense of peace. The sun on our skin causes chemical releases that lower blood pressure and increase well-being.

And couldn’t we all use a little bit of that right now? We surely could. And so can our home school classrooms. 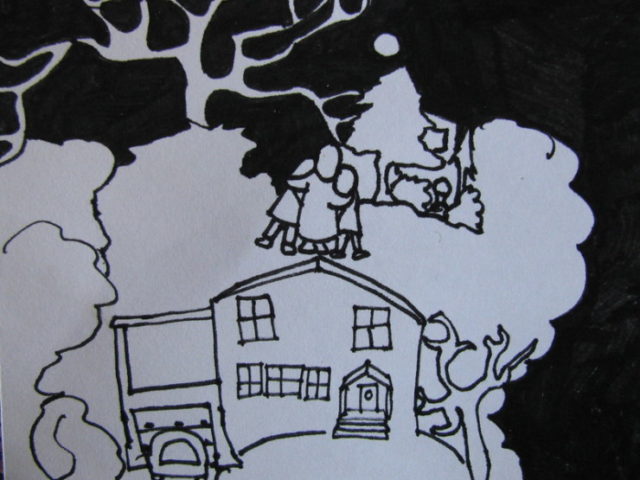 found illustration the day after a moon outing, sara, age 11

On a night so dark
with the moon’s face
peeking out from behind a cloud
and a figure with
fire hair, on a horse,
holding a flag of
white. And the knights
lay down their
weapons to peace. “I love living and breathing in L.L. Barkat’s writerly mind. The way she weaves the story of her girls alongside her writing journey is invitational. Her book was a beautiful pause in my day, and it made me ache for a more attentive life.”