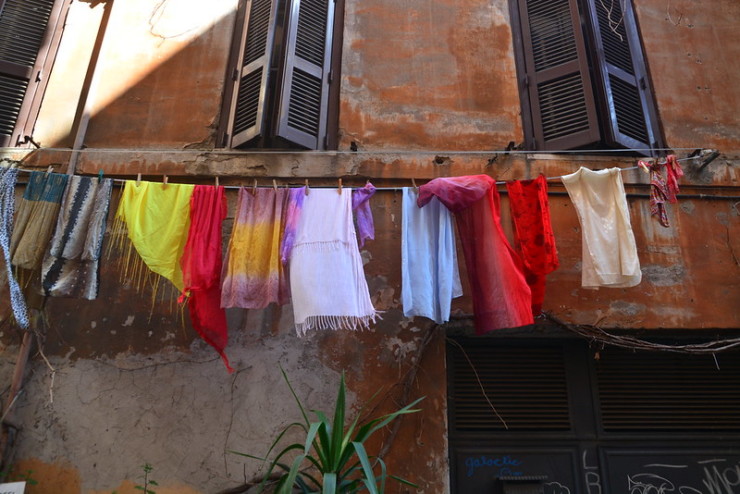 When I first started reading the poems in Deaf Republic, a collection by Ilya Kaminsky, I couldn’t shake the feeling that what I was reading was pulled from a Wes Anderson film. The poems tell the tragic story of the people of a fictitious town experiencing brutal repression at the hands of its government. As Glynn Young points out, “The occupation might be from the political left or the political right; the viewpoint is not important.”

There are portions which feel oddly comical, an absurdity of sorts juxtaposed against the grim realities of their lives there (which is where Wes Anderson comes in).  And there comes with that a profound sense of awkward discomfort at finding even the slightest amusement in these pages.

In the opening scene, a deaf child, watching a puppet show, is murdered by a soldier for his failure to obey a command. The townspeople all ultimately go deaf (it’s unclear to me after more than one reading whether they actually do, or whether they feign deafness) and they learn sign language in order to communicate outside the “hearing” of the soldiers. (Which is where you may suspect my feelings about Wes Anderson are utterly, terribly wrong.)

Suffice it to say, it is a difficult collection. We have discussed difficult collections before. And we have long reflected on the way that poetry creates a special kind of place for these considerations, the way that poems can say things that seem impossible otherwise to express and the ways that poetry can communicate things without spelling them out.

In that respect, these poems will be no different. Perhaps they will give us the opportunity to have conversations afresh about these difficult things. We may find these poems to be hard to look at for their frankness, complicated because of their corporeality, harrowing because of their violence, painful because of the brutality, loss and grief they reflect. Ultimately, though, these poems may guide us in a reimagining of what it means to be a hero, of disability, and of the movements that compel us to survive.

We invite you to join us for this conversation, beginning March 11:

Our book club discussions are a patron perk. You can become a Tweetspeak patron for as little as $2 a month.