I am standing at the kitchen counter, proving my humanity.

You would think it would be enough: standing here after taking my daughter to college early this morning, standing here about to make a healthy supper that will keep my girls and me well, even as the coronavirus has made its appearance in our county.

But WordPress wants more. Math, as the day is waning. 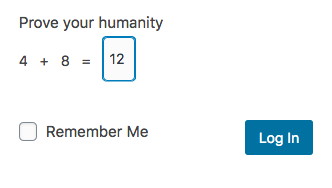 The onion is waiting near the dark red beans. Garlic is in the fridge. Both are antibacterial and antiviral. What more reason does a woman need to put them in her chili? Tastiness is a plus.

All afternoon I was too tired to write, to even think. So I spent a few comforting hours in the barely-blue room, soaking up the sun through these 1930s Tudor windows. Sometimes, when I opened my eyes, I could see the river glimmering in the distance.

Eleven years ago, I was doing what I called “writing on the edge of a napkin.” I could not seem to find the sanctuary I needed to think straight and write strong. That spurred a year-long sojourn to my back yard. All I did was sit outside for the time it took to drink a cup of tea. Every day. For a whole year. The experience eventually turned itself into a book.

These days I am not writing books so much as I am managing sites like Tweetspeak and Poetic Earth Month. It’s a lot to handle.

Oh, and every week I put the finishing touches on the Every Day Poems that go out to your inboxes if you are a subscriber. (Rick suggests most of the possible poems, I choose which to say “yes” to, he inputs the approved ones at MailChimp, then I search for the most wonderful photo I can find, and I finish the prepping. It’s a team effort.)

This morning at the coffee shop, and then again while I found respite in the sun throughout the afternoon, visions of France were dancing in my head. This is my eldest daughter’s doing. She found a French castle that captured her heart. And she wants to take her sister and I there, to while away the hours in the sun of the countryside, with baguettes to begin each day.

Besides the cathedrals, what my daughter remembers most about France (she was there once when she was little) are the baguettes and the jams. In one charming street shop, I bought a strawberry rose jam that was so heavenly I ended up buying a second one to bring home. That was the “could anything go more wrong?” flight that not only began by being canceled but also, once I finally got to security, became the flight where I’d somehow managed to put all the worst choices in my carry-on bag, so I had to forfeit the jam. (And scissors! What was I thinking?!) My daughter was completely bereft over the losses.

We all have them, of course. Losses. Some are unfathomably large, some small. In the midst of them, sometimes it helps to have a kind of sanctuary we can count on.

At Starbucks this morning, I ordered a Chai Latte. It tasted, I decided, just as pink as the dyed hair of one creative co-ed who was sitting nearby: a kind of muted red-hot cinnamon, or maybe candy cane mixed with steaming whiteness. Quite sweet, so I finished only half. It was not really the sanctuary I was looking for. But the sun was warm, and I’d managed to get my secluded spot by the window in the red-orange leather chair. So I was happy, nonetheless. This week in Every Day Poems, we shared The Sanctuary. While it’s worth reading the whole poem, there are parts that stand out to me. And, along with the beautiful images in the poem, they become their own kind of sanctuary…

Glimmering, the white owl flies
In the dark shade

If ever life was harsh
Here we forget

in the shadows of this secret place

Sometimes I tell people that this is our Every Day Poems motto: “We promise not to ruin your day.” It’s true. But the deeper truth is we seek to send along possible sanctuaries—poems where you can stand (or sit) without having to prove yourself to anything or anyone. Poems that hand you visions to sustain you, even if the words sometimes contain losses.

There are so many things standing in the way of my girls and me going to France again anytime soon, let alone to a castle in the countryside that promises to give you good cups of coffee. But, for my daughters, the vision is a sanctuary—an imagined place where we can be happy and carefree. For that, even if France never happens, I’m going along.

Think of your poem as a room someone might enter looking for sanctuary. Craft your poem to provide that, by choosing images that evoke both wonder and a sense of safety and peace at the same time—even if danger lurks.