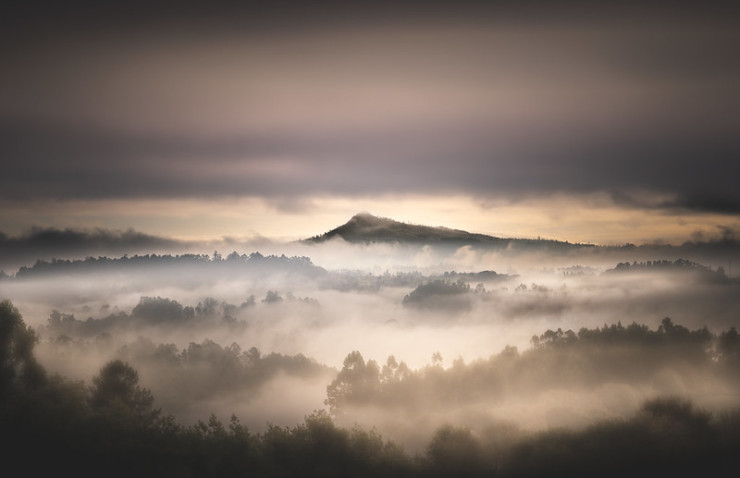 For there is many a small betrayal in the mind,
a shrug that lets the fragile sequence break
sending with shouts the horrible errors of childhood
storming out to play through the broken dyke.

—William Stafford, A Ritual to Read to Each Other

There are certain things one would hope—maybe we could even plausibly say expect—come with maturity. Wisdom, for instance, at least at a marginal level. Patience, empathy, an ability to see beyond the current moment and circumstance.

Sometimes it works that way, sure. And then other times, adults can be just as foolish, impatient, self-absorbed and unable to think about the needs of the moment a moment from now. Considering that even a grown person’s maturity will be a roll of the dice, one must wonder about the prudence of handing an impossible task to two ill-equipped youngsters.

Add to that impossible task that they will be moving around in a world that is not their own (and we do not speak metaphorically here), and that they have no special skills which the heroics of the task before them will require. It becomes no small task of our own to suspend belief long enough to accept that a talking lion appointed these same two youngsters to the rescue of a prince abducted and enchanted by a wicked queen, if he is even still alive. When he told them to complete the task or die trying, he was surely not kidding about the “die trying” part.

Eustace Scrubb and Jill Pole, the would-be heroes of The Silver Chair by C.S. Lewis, have just been plucked from our world (where they were running away to escape their own sort of wicked queen—the schoolyard bullies) and dropped into the magical world of Narnia. Eustace has been in this world before. Jill has not.

While his previous visit had been just a year prior, it’s fair to say he was not the same young boy who had first arrived in Narnia ready and willing to commit all the worst errors of childhood: selfish, impatient, whiny, demanding. After surviving some harrowing events at sea, a brief stint turned into a dragon, and an encounter with that same talking lion, Aslan, Eustace had matured. He had changed.

It would seem unfair to say that he immediately went back to his old ways when he was unexpectedly catapulted back to Narnia. But he was surely tested. This time he would not be surrounded by older, wiser companions (with the exception of their faithful, though pessimistic, guide Puddleglum) who knew the landscape, knew the challenges of being human in this world, knew how to call to the best parts of him. This time, he had Jill. This time, he would be the older, wiser, more knowing one.

The trouble started as soon as they arrived. They found themselves walking through a wood, then suddenly at the edge of a very high cliff, a cliff higher than neither you and I (nor Eustace and Jill) have ever known.

Imagine yourself at the top of the very highest cliff you know. And imagine yourself looking down to the very bottom. And then imagine that the precipice goes on below that, as far again, ten times as far, twenty times as far. And when you’ve looked down all that distance imagine little white things that might, at first glance, be mistaken for sheep, but presently  you realize that they are clouds—not little wreaths of mist but the enormous white, puffy clouds which are themselves as big as most mountains. And at last, in between those clouds, you get your first glimpse of the real bottom, so far away that you can’t make out whether it’s field or wood, or land or water: farther below those clouds than you are above them.

Eustace, being uncomfortable with heights, pulled Jill back. Jill, being foolish and proud, shook Eustace off and shamed him by standing even closer to the edge. Too close, it turns out.

Jill was too frightened and dizzy to know quite what she was doing, but two things she remembered as long as she lived (they often came back to her in dreams). One was that she had wrenched herself free of Scrubb’s clutches; the other was that, at that same moment, Scrubb himself, with a terrified scream, had lost his balance and gone hurtling to the depths.

The horrible errors of childhood have only just begun. Blame the lion for sending children to do an adult superhero’s job and close the book if you will, or shrug and keep reading, trusting this opening disaster will somehow right itself. (Of course, there’d be little story to read if the situation had any hope of immediate resolution.) The lion saves Eustace from his plummeting death, and he is sent on ahead. Jill stays behind, partly on account of being pinned to the ground by her own terror and partly because the lion has instructions for her. (We’ll talk more about those instructions next week.) Once she’s ready, the lion sends her along to find Eustace and begin their mutual task.

But those errors will haunt them both. And they will continue to commit them. When they finally meet up, Eustace is in no mood to listen (to Jill, anyway), and Jill seems more committed to fixing blame than following critical instructions given to her by the lion. She finds him watching a ship about to set sail.

“So you’ve turned up again, have you?” said Scrubb disagreeably (for which he had some reason). “Well, keep quiet, can’t you? I want to listen.”

“Don’t be a fool,” said Jill. “There isn’t a moment to lose. Don’t you see some old friend here? Because you’ve got to go and speak to him at once.”

“What are you talking about?” said Scrubb.

“He said the very first person you saw in Narnia would be an old friend, and you’d got to speak to him at once.”

“Well, there’s nobody here I’ve ever seen in my life before; and anyway, I don’t know whether this is Narnia.”

“Thought you said you’d been here before,” said Jill.

“Well, you thought wrong then.”

“For heaven’s sake dry up and let’s hear what they’re saying.”

It’s not the last time someone will be told to dry up. Eustace is angry. For good reason, yes. And Jill is, well, a lot of things at this point. Remorseful, perhaps, but remorse is fighting some baser instincts and preventing her from moving forward in the maturity the circumstances require. There was a betrayal there on the cliff. And now on the ground in Narnia, there is a shrug—one that threatens to let the fragile sequence break.

As the story goes on, they repeat these same errors of childhood in new and myriad ways in their quest to rescue a prince they are not even sure exists, a task many have attempted but no one to date has survived. Just as when Jill stood at the edge of the cliff, rarely do they grasp the gravity of their situation. They compete instead of work together. They complain. They bicker. Before they even have a chance to embark on their impossible task, the dike has broken.

Lewis wrote for children. Stafford, presumably, for adults. We can take a little something away from both, about errors, shrugs, the fragility of our mutual life together.

We’re reading The Silver Chair together this month, juxtaposed with William Stafford’s poem A Ritual to Read to Each Other. Are you reading along? Share with us in the comments your thoughts on this first part of the story. What ways do you see a betrayal, a shrug, a broken fragile sequence or a broken dike in the story or in our own lives?