Wisdom is in the air. It is 2020, our year of wisdom at Tweetspeak Poetry. Our guide for this journey is William Stafford, through his poem A Ritual to Read to Each Other.

Let’s start with the title, which invokes the ritual of reading to someone. Consider this a scene from a book in which one person reads to another … creature.

The dormitory doors flew open, making them all jump: Hagrid came striding toward them, his hair rain-flecked, his bearskin coat flapping behind him, a crossbow in his hand, leaving a trail of muddy, dolphin-sized footprints all over the floor.

Harry Potter and the Half-Blood Prince by J.K. Rowling

Hagrid has been reading to someone. Because he’s Hagrid, the someone is not a child or a beloved dog but an elephant-sized spider, named Aragog. It is this creature who is the object of Hagrid’s tender affection. What do you suppose Hagrid read to his poor, dying, flesh-eating spider?

What do you read to someone who has hurt you? Who has hurt those you love? 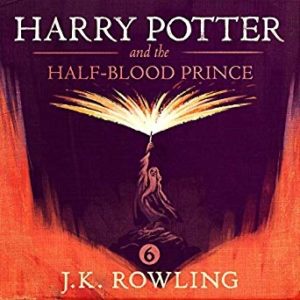 Aragog is almost like a child to Hagrid, who raised him from the time he was still in an egg. Hagrid has a soft spot in his half-giant heart for magical creatures, especially those that everyone else would prefer to see eradicated.

When the spider is accused of mayhem, Hagrid hides it and takes blame he doesn’t deserve, earning a lifelong ban on doing magic. So he could resent Aragog for that. But he reads to him.

Years later Aragog almost kills Harry Potter and his friends. Hagrid could reject Aragog for that. But he reads to him.

Eventually Aragog dies and receives a proper funeral with a eulogy, and a bit of his venom is saved for its magical properties. Perhaps he deserved to be read to after all.

Who in your life resembles a giant dangerous spider? Who has hurt you?

For myself, I picture someone who embodies this line from Stafford’s poem: a shrug that lets the fragile sequence break. This person shrugs when I mention my problems, be they as small as a flat tire or as large as a loved one’s diagnosis. I don’t know why this person’s inclination is to shrug, but I don’t understand a lot about Aragog either. I do know it is up to me whether I allow the shrug to let “the fragile sequence” break.

If my shrugging friend were dying, what would I read? Would I choose something that underscored my point of view? Would I introduce the world of Harry Potter, hoping that would bring about deathbed repentance? Or would I pick whatever book was lying on the friend’s bedside table, open to the bookmark, and begin to read aloud?

1. Did you make time to read to someone this month? Who might you read to?

2. What does the phrase “a shrug that lets the fragile sequence break” mean to you?

3. Share your December pages. Sliced, started, and abandoned are all fair game.

Browse more A Ritual to Read to Each Other