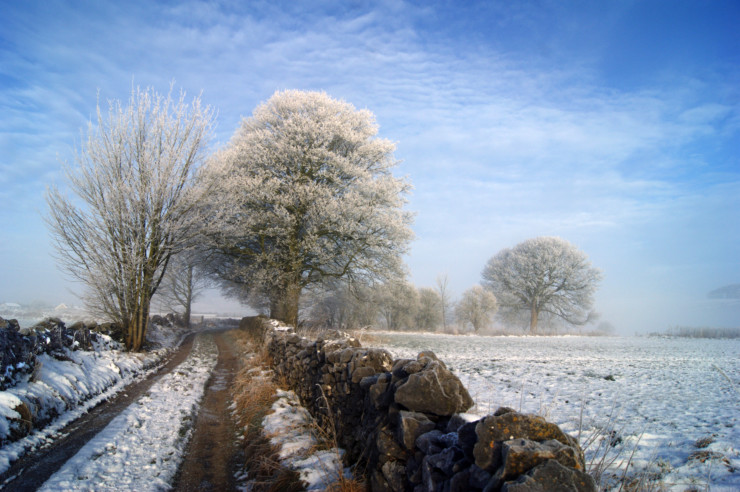 The poet John Keats was not a funny fellow, although he did possess a dry wit. But Keats upside-down? That’s funny.

Will Phillips, an insurance adjustor, owns a frayed copy of Keats’ poetry that is bound upside-down. Joe Murphy — Will’s client and eventual friend — owns the same collection, but bound in the traditional fashion and in pristine condition.

[Will] closed the book and set it on his thigh, resting his hand on the cover. ‘It’s really beautiful next to mine.’

Joe picked up Will’s copy and thumbed the pages. ‘They’re the same. Open it. Look inside. Read something.’”

Adjustments opens with two epigraphs. One from the film Double Indemnity (Will’s hero is Barton Keyes), and one from Keats:

In 1819 Keats wrote a letter to a friend, in despair about his poetic talent. Scholars now call that year the “Living Year,” the “Fertile Year,” or the “Great Year,” in which he wrote his best poems.

Will is having a great year. He just doesn’t know it yet.

When he’s summoned to an insurance claim at the home of Joe, he doesn’t know his life will be changed. Meeting Joe will bring Will from isolation into community. He’ll find a cast of small-town characters who like him for himself: Joe, of course; Pearl Jenkins, his know-it-all landlady; and Cameron, the girl not quite next door but across the street.

This change happens in a story marked by its humor. Adjustments is very funny, and it almost shouldn’t be. Insurance adjusters like Will are on the scene at fires and car accidents and at homes with roofs that go drip in the night. In the course of his job Will meets lonely people, hurting people. He encounters people who have died, and he finds the things they left behind — a woman’s black shoe, a Barbie doll head. He has to deal with an insensitive business partner, nicknamed Mad Dog, and with possibly The Most Frustrating Cadre of County Employees in the Dakotas. He does so with a good-natured chuckle, often at himself.

“Despite his idiosyncrasies and dysfunction, he’s having a life,” said Will Willingham, author of Adjustments. Some of the main character’s difficulties in adjusting are of his own making. Says the author, “Partly because Will has such a difficult time being firm about things he finds himself in the middle of this thing, and then he finds himself being happy about it: ‘Well, I guess we’ll go with it.’”

But the person he can’t just go with, the one that I as a reader am still not quite sure what to do with, is Barbara. Just as poetry resists easy interpretation — including Keats — so does Adjustments’ Barbara.

We first meet Barbara as the name Will gives to his GPS. But her bossing of him is not limited to giving driving directions. She nags at him to stop smoking. She has an outsized role in his memories.

“Barbara had to be this massive thorn in his side who is actually a real person,” Will Willingham said. “Barbara is still such a question mark to me. It’s the most bizarre relationship I’ve ever seen.”

When Keats went on his six-week walking tour, the one that led to the great poetry, he brought along one book: a translation of Dante. Will Phillips travels through his adjustments with two books: the upside-down Keats and Hans Christian Andersen’s The Wild Swans. The fairy tale serves as a metaphor for the secret that is Will. But Will thinks he’s the only one in the world with a secret.

Cameron tries to disabuse him of that notion:

[Will]:’Do you suppose Pearl has a secret? Or Joe?’

[Cameron]: ‘Oh, I’m quite sure they do. You need to stop covering your eyes with your wing so you can see them.’”

That’s what this story is about: being seen. It’s about the illusions we create and about learning to listen to the little man inside, the one insurance investigator Barton Keyes refers to as “the little man in here.”

The year after Keats’ six-week adventure was his Great and Living Year, when he wrote his masterpieces: Hyperion, To Autumn, Ode on a Grecian Urn, and Ode to a Nightingale. As Adjustments ends (after an adventure of about two weeks), we get the impression that Will Phillips’ Great and Living Year is just starting.

“There’s a sense of hope at the end,” Will Willingham said.

Character Will kicks off his great year by writing a poem:

She eats fear with morning coffee—
chunks of ash black in her mouth,
worries cinders
between delicate fingers
mixed with a trickle
from her cheek
to spread on burnt toast

The songs from Daisy Jones and The Six, Taylor Jenkins Reid (because even ’70s rock ‘n’ roll can be poetry)
Flame and Shadow, Sara Teasdale

Notes of a Native Son, James Baldwin (longish essay)
What’s a Dog For?, John Homans
Daisy Jones and The Six, Taylor Jenkins Reid (the audio version is a must)
Adjustments, Will Willingham

1. What is the last book that made you laugh?
2. Did you make some time for deep reading this month? What stories stirred your soul?
3. Share your October pages. Sliced, started, and abandoned are all fair game.