One of my favorite old movies is Double Indemnity, a story about a murder for insurance money gone wrong. I’ve never thought much about the occupation of claims investigator in it, portrayed by Edward G. Robinson, until I started reading Will Willingham’s Adjustments: A Novel. Before I ever got into the story, the epigraph caught my attention and transported me back to the introduction of Robinson’s character, Barton Keyes. The epigraph was his first words,

How do I know?
because my little man tells me.
…the little man in here

I forget the exact words, but when Keyes tries to talk Walter Neff into changing to a desk job instead of being on the road, Neff answers that he would miss all the interesting people he meets. This is what to expect in reading Adjustments, a world of interesting, sometimes unusual, and often humorous characters and situations. The first sentence grabbed me:

What does an old man need with a pair of roller skates?

I suspected I was in for a chain of mysteries that would continually pull on the reader and Will Phillips’, along with his colleague, Mike ‘Mad Dog’ Delany’s attention and puzzlement.

Here you will find improbable relationships like Pearl, Will’s aging landlady and part-time pool shark; Barbara the pestering GPS who saved Will (with his lack of internal compass) many times from wandering aimlessly; lonely Joe Murphy and his squeezebo;, and Cameron Julian, the beautiful new neighbor who convinced Will he should buy a TV before ordering cable.

Double Indemnity didn’t make me wonder about the life of a claims adjuster. The movie was mostly about murder. Adjustments did. It is about friendships, often found as we are looking away, and in spite of who we think we are. 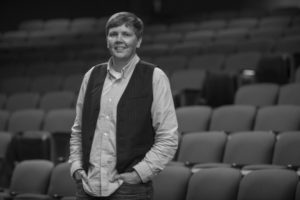 The best books are those that invite us into a world we would never have thought to enter. Adjustments is such a book and such a world.

Join us November 18 for the first of three discussions of this book: