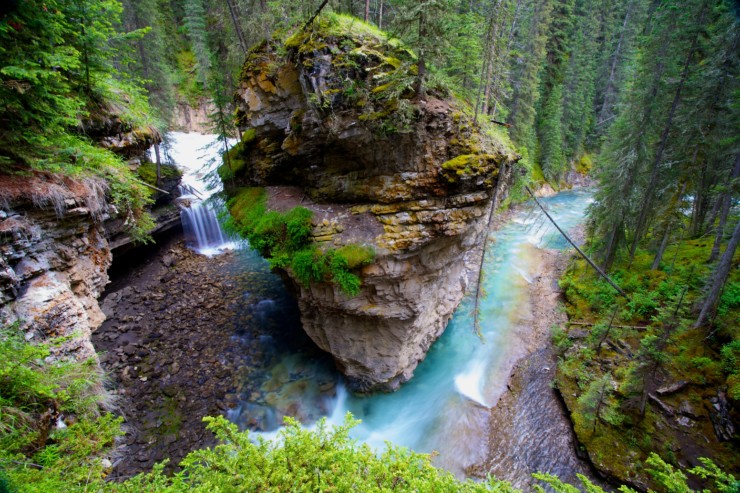 In a previous post I mentioned that I read and listen along with my best friend. She’s been busy this spring with a new job, so I’ve been doing one of the podcast’s primary spiritual reading practices on my own: lectio divina.

Lectio divina is a Christian monastic practice that reads the bible as living word, focusing on one sentence at a time. Harry Potter and the Sacred Text invites us to do the same with J.K. Rowling’s text. It’s a way to read deeply by focusing narrowly. How much meaning can one sentence hold?

In the Writing Toward Joy workshop  we read Madeleine L’Engle’s A Wrinkle in Time this way and did group lectio divina in our discussions. The practice not only helped us read more closely but also leave each discussion with a personal connection to the story.

For the final chapter of Order of the Phoenix, “The Second War Begins,” I chose this sentence:

According to Madame Pomfrey, thoughts could leave deeper scarring than almost anything else, though since she had started applying copious amounts of Dr. Ubbly’s Oblivious Unction, there seemed to be some improvement.”

Lectio asks us to read the text four ways, and the four that the podcast uses are Narrative, Allegory, Contemplation, and Invitation. I chose this sentence because I adore Rowling’s names for things in the magical world, like this ointment.

Narrative (what’s happening in the story): This part happens in the hospital wing at Hogwarts, where Madame Pomfrey is treating everyone’s ailments sustained in the battle at the Ministry of Magic. Ron was attacked by brains, and this sentence is about her treatment of his internal injury, which is different than everyone else’s.

Allegory (what the sentence reminds you of): “Oblivious” makes me think of the spell “obliviate,” a forgetfulness charm, that obliviates memories. Gilderoy Lockhart used it all too well in book 2. Then “unction” means anointing, usually in a religious context.

Put them together, and you get a healing for thought-scarring that involves both taking away and giving anew. That feels relevant to addressing internal maladies.

Contemplation (how the sentence applies to the story & how it applies to life): For the story, this book revealed Ron’s penchant for jealousy. It’s low-key here, but really amps up in book 7, against Harry. Now I’m wondering if this attack on Ron’s brain weakened him, made him vulnerable in a way he might not have been otherwise, turning his pettiness into rage.

For life, I’m so grateful to have a (fictional) medical professional acknowledge that “thoughts could leave deeper scarring than almost anything else.” Sometimes it’s not the trauma but the thoughts about the trauma that do the most damage.

Invitation (call to action): When my kids were babies we kept a jar of Dr. Smith’s diaper rash ointment at the changing table. I’d like to have a jar of something I could rub on my temples when thoughts begin to re-scar. Alas, this Muggle world has no Dr. Ubbly’s, but perhaps a jar of Therapy Cream made from lavender oil extracted from the fields at Becker Vineyards, which I spied when I was there on Saturday, might not hurt. I suspect Madame Pomfrey would encourage me to give it a go. Taking the abstract concept of mental health down to the specific level of Dr. Ubbly’s makes me think differently about the subject. For example, I’m curious as to how Madame Pomfrey applies this ointment — directly to Ron’s head? Did she shave his head for better penetration? How much is “copious”? More broadly, to what degree is touch healing? And if it is, what kind, and how, and how much or how little, and do we need a smooth surface or will Dr. Ubbly’s also make our hair bright and lustrous?

All that from a single sentence, simply because I took the time. In Reader Come Home, Dr. Maryanne Wolf says, “The quality of how we read any sentence or text depends, however, on the choices we make with the time we allocate to the processes of deep reading, regardless of medium.”

You can allocate that time as well, using any sentence from any book. Read it four ways, whether it’s an academic tome or a fantasy. Find some improvement in your reading experience.

Middle Grade and YA
The Turtle of Oman, Naomi Shihab Nye
Harry Potter and the Order of the Phoenix, J.K. Rowling

Made Progress
Goodbye to a River, John Graves (memoir, published 1959)

1. The Harry Potter books are middle grade to YA, as Harry grows—what is the last book you’ve read from this section of the library?

2. The entire series has been among the most-banned for over 20 years. (Well done, J.K. Rowling!) Have you ever read a banned book? If not, what’s stopping you?

4. Share your June pages. Sliced, started, and abandoned are all fair game.