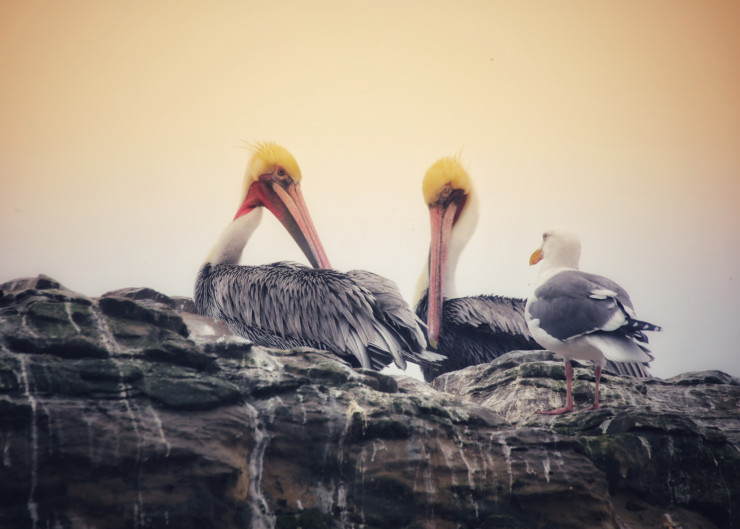 I live in one of those states where the highway department’s electronic signs have a sense of humor. Dad humor, to be sure, but a sense of humor in any case. They use quips and puns to remind drivers not to text behind the wheel, to turn on their blinkers, to slow it down in construction zones. The signs themselves are a little on the obtrusive side, big orange contraptions on wheels with a black screen and LED lights. What they don’t really strike me as is artful.

And yet, what is true is that an object employed as art can be an effective messenger. Recently Emily Raboteau wrote a beautiful and arresting essay in The New York Review of Books on an exhibit of several such highway signs that had been placed in various parts of New York City.

The exhibit was created by Justin Guariglia together with the Mayor’s office and the Climate Museum. The signs display notices not about highway conditions or driver behavior, but about climate change.

“All in all,” she writes, “there were ten climate signs staged in public parks across the city’s five boroughs—many of these in low-lying neighborhoods near the water, most vulnerable to flooding.” Raboteau writes of meeting up with a stranger who responded to her tweet about the sign she’d seen, and together visiting each of the signs and journeying further into an understanding of the perils we face.

Part of the effectiveness, she notes, is its unexpectedness. “The familiar equipment of the highway sign gave authority to the text. Because it was parked in the wrong place, the sign appeared hijacked—as in a prank. I understood myself to be the willing target of a public artwork but not who was behind it. The voice was creepily disembodied. I admired its combination of didacticism and whimsy. But even with its puns, the sign was more chilling than funny. The butt of the prank was our complacence, our lousy failure to think one generation ahead, let alone seven, as is the edict of the Iroquois’ Great Law.” This article is not a simple read, but it is a moving exploration of climate change, yes, but also of our relationships to the world, to each other, to ourselves.

In other unexpected art, you may enjoy these “ghost apples,”

After freezing rain in Michigan, apples that hadn’t been picked got coated in ice. Many fell off the tree. Some had their insides turn to mush as apples have lower freezing points. The mush and skin fell, leaving these “ghost apples” photographed by Andrew Sietsema, created when the mush of apples left on the tree slid out of their ice casings after a winter storm.

I watched the Oscars last weekend, something I haven’t done in years. Sure, I’ve kept a Twitter stream open to see what people are saying, and manage to catch some of the most talked-about moments by way of a video clip 10 minutes or an hour or a day after it happened. But this time, I watched, for better or worse, the whole thing.

One of the best, if not weirdest, moments for me was Melissa McCarthy making her way on stage in a fancy dress with a collar like a Tudor ruff and a gigantic cape with dozens of stuffed animals attached (yes, and a hand puppet) — all to give out the best costume award, saying something about good costume design not being a distraction. Sweet baby, the contrived irony of it all.

Lit Hub released its own sort of Oscar winners, If They Gave Oscars to Books. With categories like Sound Editing and Sound Mixing (yes, that’s your Poetry category), it’s sure to tickle. It even includes Best Costume (or, Best Book Jacket Design, without a hand puppet to be found).

Some of the best publishing news of the month is the release of T.S. Poetry’s latest title, Twirl: My Life with Stories, Writing & Clothes by Callie Feyen. When I was a kid (or, okay, in my 20s) it wasn’t unusual to be found with my sweatshirt inside out. Some people would say that was the style. But if you asked me, I would have told you that’s the way it was when I picked it up off the floor. So, I don’t know clothes the way Callie Feyen knows clothes. But I do know this: Callie Feyen can tell a story better than most anyone I know. So this is a book to pick up. You might even twirl it around.

For most of my career, I’ve had the good fortune to have work that feels important. Even adjusting claims (which I doubt I’ve ever said I actually love) is work I’ve always cared a good deal about. It’s work that matters to the people involved, it’s work that’s always interesting, and it’s work that challenges me to daily learn something new.

At Forbes, Justin Follin writes about another feeling about work, that of indifference. That thing that happens when the work provides little or no satisfaction. Using British rapper Kate Tempest’s “Where the Heart Is” he discusses the “poetry of disengagement,” suggesting that the lyrics — which speak of tedium, paperwork, databases and staying late — could provide a good mirror for a manager to hold up when looking at their team. He says that Gallup polling suggests 85% of the workforce is disengaged, costing the global economy in the neighborhood of $7 trillion in productivity losses. He has some ideas for managers and employees to begin to turn this around. (Of course, we’ve read the book and we suggest a healthy dose of poetry for everyone.)

Forbes is also taking a broader look at creativity in the workplace, reminding us that it is not limited to funky wide open spaces but is happening quietly (or not so) in cubicles where many of us work our little prairie dog fingers to the bone all day.

One key to fostering creativity (which extends well beyond the workplace) is broadening our interests and areas of expertise. It’s this multi-disciplinary approach to learning that allows us to look at things in new ways and from different perspectives. To illustrate, the authors recall the development of Reebok’s “pump” shoe that had inflatable chambers to ensure a customized fit: “This innovation was made possible because of the creativity of team members who had experience not just in shoe design, but also in medical manufacturing. The original inflatable air bladder in the shoe was an IV bag.”

I don’t write every day.

For those who have considered journaling as a useful daily practice, Ladders has 5 Reasons Why Daily Journaling Will Make You Happier. While the 5th reason is actually nowhere to be found (notice: this top ten list actually has ten items), the author highlights the benefits of awareness that can be developed by a regular practice of journaling, even suggesting a poetry journal, an idea we highly endorse.

We’ve been talking this month with our Patrons about the Art of the Handwritten Letter. I discovered a few years ago the difference handwriting makes. Aside from all the things that scientists and psychologists can tell you about how our brains physically work differently when we write longhand as opposed to on a screen or keyboard, I can just tell you anecdotally that my brain works differently. If nothing else, it is a way of separating the work of writing from all the other things I do on a computer each day, and you won’t convince me that doesn’t make a difference in my creativity and flow of thought.

Tim Parks writes at the New Yorker about the various modes in which we can write, and their evolution over time from the manual typewriter (and Wite-Out) to our hi def screens and soft touch keyboards. Regarding a break from his usual writing method, he says, “I wrote with a cheap ballpoint pen in the exercise book that I used for lecture notes. I noticed at once that the time passed differently when writing a story. It wasn’t quicker or slower, simply absent. You moved into a dream space. You didn’t know whether it was early or late.” Our brains know. They just do.

It’s easy, I think, to back away from poetry because it seems like there’s some magic to it, some impossible way of expressing that only the few true mystics can do. But I have to admit that it’s not the poems that use hundred dollar words that are most evocative to me. It’s the poems that use the most ordinary images.

Perhaps someday, someone will explain to me how celery can be made to sound sensual, as it does in Diane DiPrima’s “An Exercise in Love.” In the language of emojis, things like an eggplant have meaning (don’t look it up). But seaweed and celery? (And besides, DiPrima’s poem well predates emojis.) This is the way Neruda wrote too, using doves and sand and other earthy images that on their own don’t tend to take one’s mind in certain directions like “two loaves made / of grainy earth and golden moon.” Take a look:

An Exercise in Love

Read the rest at Every Day Poems.

Even though I don’t write every day, I have a lot of respect for those who do. Or did. Take beloved poet and author Maya Angelou. I don’t know if she wrote every single day, but this article at the Independent suggests that when she did, her routine involved a bottle of sherry, a bible, a thesaurus, a yellow legal pad and a deck of cards. I’ll let you work out where it went from there.

“Harriet Lee’s gingerbread is not comfort food.” This is the first line of Helen Oyeyemi’s new novel, Gingerbread. The first page, or even first line, can tell us a lot about a book. Take a look at this, and more, in a collection of first lines of recent releases over at Poets & Writers.

Hey, has anyone seen John Green’s Norton Anthology of Poetry? It’s not with the Hot Wheels track.