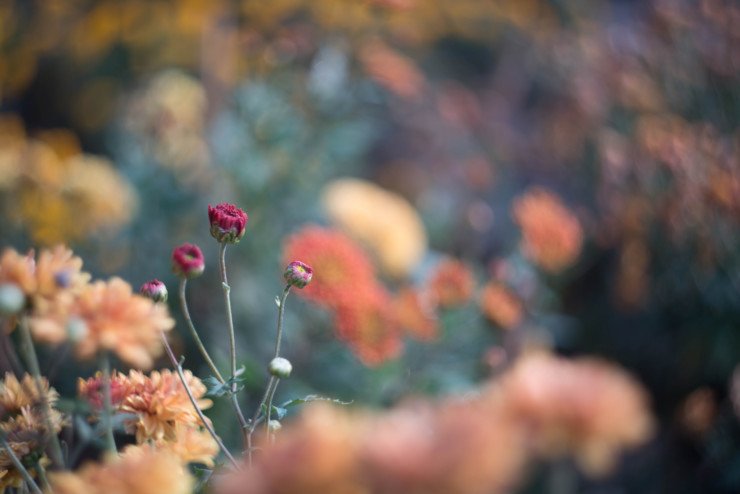 I heard on the radio the other day that Goodwill and thrift stores around the country are experiencing a significant uptick in donations since the first of the year, such burgeoning carloads of used goods and clothing apparently the result of the wildly popular show on Netflix featuring Marie Kondo and her unique approach to personal organization. Kondo’s way is steeped in the relationship between persons and things, as when she famously encourages clients to hold an item for consideration, asking whether it is something that “sparks joy.” If not, the person is to thank the item for its service and let it go.

She has come under a bit of fire from some, particularly book lovers, not least because she suggests there may be a limit to the number of books a person should reasonably possess, but also because, when engaging a book over the question of the joy it may spark, she suggests waking it first. There are those, like Anakana Schofield of the Guardian who take exception to the idea of lightly “tapping” a book to wake it, when apparently anyone who has read beyond the Weekly Reader would know that “the way to wake up any book is to open it up and read it aloud, not tap it with fairy finger motions – but this is the woo-woo, nonsense territory we are in.”

What Schofield may, or may not, have understood before publishing her dissent is that Kondo’s way of awakening a book has less to do with not understanding how books are read and engaged, but with at least loose ties to Shintoism and its animistic beliefs in the capacity of objects to have a spirit, or even a soul, as Mika Doyle has explained in Bustle. In such a case, waking the book may seem more reasonable. Kondo writes that “Just like the gentle shake we use to wake someone up, we can stimulate our belongings by physically moving them, exposing them to fresh air and making them ‘conscious.'”

I will admit to holding objects I possess more loosely than this. Particularly after a significant downsizing a couple of years ago, the things I own don’t seem to me like they need much social interaction; nor do they have a good deal to tell me. But with at least some objects, that may not be quite true.

In Braiding Sweetgrass, author Robin Wall Kimmerer writes of her entrance into forestry school where, when she was asked why she wanted to study botany, she replied (from a lifelong history of attachment to plants and seeds all around her) that she wanted to “learn about why asters and goldenrod looked so beautiful together.” She wanted to spend time with plants of all kinds and listen to what they had to say. Her advisor found such a question to be not worth asking. “That is not science,” he told her, and enrolled her in the appropriate course to learn what, exactly, science was.

What Kimmerer was after was perfectly captured by the question she asked. What she wished to know was why these purple and gold flowers, the “heraldic colors of the king and queen of the meadow, a regal procession in complementary colors,” grew alongside each other “when they could grow alone.” She asked, “Why this particular pair? There are plenty of pinks and whites and blues dotting the fields, so is it only happenstance that the magnificence of purple and gold end up side by side?”

Kimmerer wanted to know “why certain stems bent easily for baskets and some would break, why the biggest berries grew in the shade and why they made us medicines, which plants were edible, why those little pink orchids only grow under pines.” But the professor declared such questions “Not science” and suggested that “if you want to study beauty, you should go to art school.” In response to her curiosity about such things, he made clear that “science was not about beauty, not about the embrace between plants and humans.”

An embrace, to my mind, doesn’t necessarily put parties on equal footing (though it could). But it does seem to expect at least some shared sentiments and capabilities. I like my desk a great deal. I don’t embrace it. I like my teakettle a lot. Again, I don’t embrace it. We embrace beings, not mere objects. The idea that a plant and person could embrace, beyond the cartoonish “tree hugger” image, suggests a quality to plant life, to the world that we inhabit, that goes beyond an object that exists solely for our use and consumption and perhaps is a thing that coexists with us on this shared space of the earth.

In describing her difficulty early on in college Kimmerer says that her “natural inclination was to see relationships, to seek the threads that connect the world, to join instead of divide. But science is rigorous in separating the observer from the observed, and the observed from the observer. Why two flowers are beautiful together would violate the division necessary for objectivity.” She learned over time, of course, to keep the two entwined, else we would not have the book in our hands that we are reading today. Part of coming to that place meant a more expansive view of the questions science likes to ask. “The questions scientists raised were not ‘Who are you?’ but ‘What is it?’ No one asked plants, ‘What can you tell us?'”

Kimmerer began to ask the plants “Who are you?” She began to ask the aster and the goldenrod why they liked to be together. In a way, perhaps she learned to tap the petals, to wake the flowers and hear what they had to say.