I’ve always thought that if you want to get reluctant readers engaged with literature, start with poetry.”

Tis the season … for basketball. When my son played the sport in middle and high school, winter break meant tournaments. The Crossover by Kwame Alexander is a story, told through poems, of twin boys, Josh and Jordan, who play on their eighth-grade team, and about their father, who played professional ball. Christmas is significant in a basketball sort of way. That’s why we’re reading this book in December.

The author, Kwame Alexander, has written 28 books, and this one won the Newbery and the Coretta Scott King awards. He teaches creative writing to K-12 students in his The Write Thing workshops. He says everyone in his family is some type of artist. 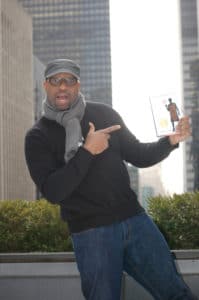 Alexander started writing poems at age 12 and wrote one in college for the woman he later married, so perhaps it’s no surprise that this book, which took him five years to write, contains a love story. He wrote The Crossover in verse because he thought poetry was the best medium to capture basketball.

Tweetspeak’s Callie Feyen brought the book to my attention when she wrote about As-In poems for an October poetry prompt. She featured “pul-chri-tu-di-nous,” in which the narrator, Josh, is trying to understand the appeal of the new girl, who only has eyes for his brother.

Here’s a section from a different As-In poem that covers one of the other significant themes in the book: hypertension. Which is interesting, because in my latest Reader, Come Home column, I covered a book about heart disease. (I read The Crossover first.) But the juxtaposition seems fitting. Heart disease is the number one killer in America, and it is unusually prevalent among Black Americans, like the family in this book.

As in: The doctor sees me Googling
the symptoms — coughing, sweating,
vomiting, nosebleeds — and he says,
You know we can’t be sure
what causes a myocardial infarction. I say, What about
doughnuts and fried chicken and genetics? The book has a definite arc. It’s the arc of the crossover, a basketball move in which a player dribbles back and forth in place, shifting from one hand to the other, and then boom! takes off in another direction. A player with a good crossover, like the father in this book, Chuck “Da Man” Bell, can fake out a defender. This dad also fakes out his family, hiding from them the extent of his disease.

This book faked me out more than once. The clues are strewn deftly, like behind-the-back passes. I’d think I knew where it was going only to realize I’d been faked out. Again.

But if I’d paid better attention to the series of poems scattered along the way, called Basketball Rules, I might have better anticipated Alexander’s next poetic move. The rule poems function like cairns on a wilderness trail — they let us know where we’re going.

In this game of life
your family is the court
and the ball is your heart.
No matter how how good you are,
no matter how down you get,
always leave
your heart
on the court

When I reread that poem, after completing the story, I realized it is, essentially, the plot. This story is about brothers. It’s about fathers and sons. It’s about middle school. It’s about having two names, one for family and one for the court. And it’s about basketball — the sheer glory of the sport.

Here’s my favorite poem, from early in the book. It captures Josh’s swagger, the essence of his game, and his crossover.

Ode to My Hair

If my hair were a tree
I’d climb it.

I’d kneel down beneath
and enshrine it.

I’d treat it like gold
and then mine it.

Each day before school
I unwind it.

And right before games
I entwine it.

These locks on my head
I designed it.

And one last thing if
you don’t mind it:

That bet you just made?
I DECLINE IT. Photo by Deep Owl, Creative Commons, via Flickr. Post by Megan Willome, author of The Joy of Poetry.