How do you choose what to read? As I looked back over May’s wild reads, I noticed a theme: award-winners. Two books received the Newbery Medal and one received a Pulitzer Prize. It’s easy to fall into a trap of thinking, This won a major award: I should like it, but often I have found something to value in award-winning books, whether I like them or not. Then there are stories like The Book Thief, which never earned more than an honor award, has been a best-seller since its release in 2005, and is often included on school school reading lists. Go figure.

At Tweetspeak, books matter, whether they have won awards or only readers’ hearts. We host a book club, we review books, and we publish them at T.S. Poetry Press. We’re dedicated to literacy — for life.

Do you want to be a wild reader? Are you reading wildly already? We’re using Donalyn Miller’s Reading in the Wild: The Book Whisperer’s Keys to Cultivating Lifelong Reading Habits to explore what it means to be a wild reader — someone most likely to embrace literacy for life. Read through these 5 characteristics and see which ones fit your reading style and which you might incorporate this month. Or add your own, as one of our wild readers did last month.

I first tried to read The Book Thief by Marcus Zusak several years ago — too soon after a death to want a novel narrated by Death. This month I revisited it and finished it quickly for a book that’s over 500 pages. Death’s narration is often heavy-handed, which was distracting. However, this is a story about the Holocaust, and sometimes a little distraction is warranted. It’s about the power of words, both to kill and to heal. Within the book are two smaller books. One contains this introduction: “I thought you might be too old for such a tale, but maybe no one is. I thought of you and your books and words, and this strange story came into my head. I hope you can find some good in it.” Readers, I hope you can too.

Why was a children’s poetry collection called Winter Poems laying out in the library, just prior to Memorial Day? Probably so I would find it. Author Barbara Rogasky selected only poems about winter — nothing about Christmas or Hanukkah or even New Year’s Eve. She includes an anonymous Japanese poem, circa 905, as well as selections by Richard Wright, Sara Teasdale, and William Shakespeare, all united by illustrations of the home and land and critters where Rogasky and illustrator Trina Schart Hyman live. The first illustration is of late fall and feels dark and cold, even without snow, while the last one, set in early spring, feels bright and thawing. The first shows Hyman walking the dogs toward home, ready to nest for winter, and in the second one she and the dogs are walking out into the wide world. 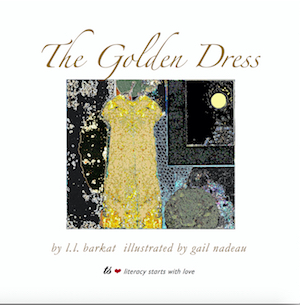 Michelle Rinaldi Ortega recommended The 21 Balloons, by William Pene du Bois, in Tweetspeak’s Through the Looking Glass workshop this spring. The 1948 story is about a retired schoolteacher from San Francisco named Professor William Waterman Sherman who travels by hot air balloon to the island of Krakatoa. It’s an imaginative story, which School Library Journal rates at number 64 on its list of Top 100 Children’s Novels. The motto of the Krakatoans is Non Nova, sed Nove, or Not New Things, but New Ways,” and that describes the book as well — not new ideas but presented in new, unforgettable ways.

I always plan to read the books reviewed on NPR’s Science Friday, but too often I forget. This time I bought the book on Audible immediately after hearing the interview with Alan Stern and David Grinspoon about Chasing New Horizons: Inside the Epic First Mission to Pluto. It’s the story of NASA’s mission to Pluto, and it captivated me. Why? Perhaps I like human stories of success against all odds. Here’s the last sentence : “We believe that the power of these and other very human impacts made by New Horizons outshine anything learned about Pluto, and for us, nothing can substitute for that discovery.” [Megan waves an American flag while weeping.]

Anyone who knows me knows I prefer fairy tales. This month Tweetspeak published The Golden Dress, a story about a dress with a touch of magic, an old seamstress, and a girl who becomes a woman. Birds play a major role, although they do not speak (that is the job of the blue lace wind). Many of the illustrations by Gail Nadeau sprang from a series of paintings she made after discovering a photograph of a lost white dress that was a family heirloom. The text and the art inform one another in an infinite, beautiful loop.

Sliced (Got what I needed and moved on or plan to finish someday.)
None

Abandoned (Not my cup of tea, it bogged down quickly, or others beckoned.)
None

Started (Will I finish? Of course!)
The Looming Tower: Al-Qaeda and the Road to 9/11, Lawrence Wright (Pulitzer Prize)

1. Share anything about you and the 5 main wild reader characteristics. How do you display them, or wish you did, or plan to in the future?

2. Last month Maureen Doallas postulated a sixth characteristic of wild readers: “6. They go broke buying books. OR They have a permanent membership in a local library.” If that’s you, please elaborate.

3. Share your May pages. Finished, sliced, started, and abandoned are all fair game.

Photo by Martyn Fletcher, Creative Commons, via Flickr. Post by Megan Willome, author of The Joy of Poetry.

Browse more Reading in the Wild