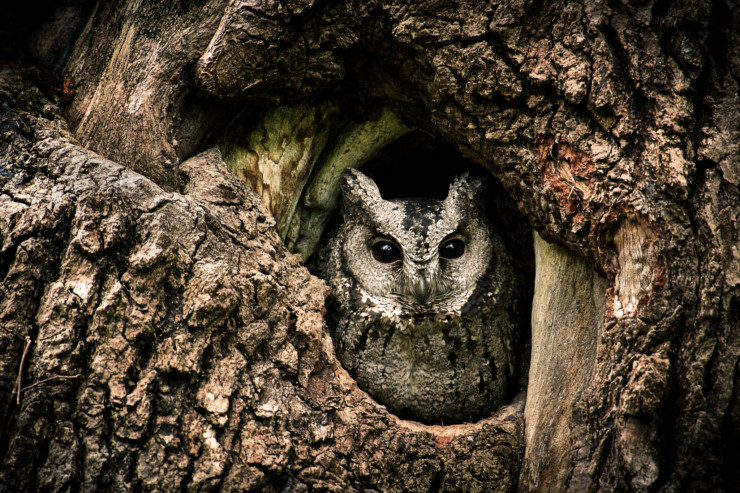 When one of my kids was around four years old, I was summoned to his room. With just the right amount of panic for a young child whose play space had been invaded by an unwelcome guest, he pointed at his ceiling and urgently requested the situation be remedied. A quick swipe with a tissue and flush of the toilet later, a daddy longlegs was dispatched into the waste water system, and all was well once again in his world.

Later that night after he was in bed, I was summoned to his room again. Unable to sleep, he was pacing in circles on top of his bed, near the point of despair. When he’d gathered himself well enough to explain, he asked, with no small measure of accusation, why I was not more gentle with nature. He loudly mourned the demise of the innocent arachnid, reenacting an arm and a leg at a time the desperate movements of each of the creature’s eight appendages as it swirled in the water before plunging to its now apparent death.

I discovered, a few hours too late, that my son wanted the spider out of his room, but not necessarily out of the world. This, with my heartfelt apologies to some of you (and my son), is not the way I normally interact with insects lacking the good sense not to take up residence in my home. I rarely trouble over insects outside (unless they happen to be mosquitoes seeking nourishment from my personal supply), but if they come inside, I dispatch them. I don’t capture them and release them outdoors to live another day. (Those of you who do have my undying respect.)

My childhood was spent mostly in an urban area. When we went sledding in the winter, if we got just the right momentum under our toboggans, we could whiz down the hill all the way to the chain link fence that separated this little wooded oasis down the street from my house in the middle of the city from the also whizzing-by traffic on Interstate 35W. Clearly, it’s not as though I grew up in a pristine national forest. Even so, I spent a lot of time in those woods, climbing trees and building forts. I watched cartoons in which w’ascally w’abbits were hunted on a daily basis, in which birds were swallowed up by cats, feathers and all, and mice ran free (only because they were chased) throughout the house.

That night with my son I recognized we were growing up in different worlds. He was not watching w’ascally w’abbits escape the hunter. He was watching cartoons (and being taught in classrooms) that had messages embedded encouraging him to care for the planet. To recycle. To watch his water usage. To be gentle with nature: Yes, apparently, to let the spider in your bedroom go on living.

His world was a small, rural community. There was no woods nearby, but when he was older, he’d be able to freely ride his bike to the library, to the park, to anywhere he wanted. Even so, when he and his friend wanted to create a secret hideout where they could make their plans for a little business venture (or world domination), they set themselves up not in some field or tree grove, but in the small storeroom under our basement steps.

In Last Child in the Woods, Richard Louv discusses the phenomena of “ecophobia.” He notes that David Sobel, co-director of the Center for Place-based Education at Antioch New England Graduate School, defines ecophobia as a fear of nature, while the more familiar meaning is a fear of home, pointing out that both are true. He relays Sobel’s idea that as children are being taught that they can help preserve the planet by recycling, they will, in theory, grow up with a consciousness of the need to steward the earth and her resources well. Or, Sobel, notes, they could go the other way. “If we fill our classrooms with environmental abuse, we may be engendering a subtle form of dissociation. In our zest for making them aware of and responsible for the world’s problems, we cut our children off from their roots.” The result, Louv goes on to explain, is that “lacking direct experience with nature, children begin to associate it with fear and apocalypse, not joy and wonder.”

This way of thinking about teaching kids to love and care for nature is not the only counter-intuitive idea Louv discusses in this week’s reading related to a fear of the outdoors. He also considers that despite the growth in interest in physical fitness and organized sports activities, we’re still “raising a generation of physical weaklings.” According to the President’s Council on Physical Fitness and Sports, “40 percent of boys and 70 percent of girls ages six to seventeen can’t manage more than one pull-up; and 40 percent show early signs of heart and circulation problems.” Our physical activity largely takes place indoors or within the confines of athletic playing fields, with time to play freely in nature next to none. He sees one cause (and also effect) is the growing fear of the outdoors itself, from human predators and wildlife alike. “Fear,” Louv says, “is the most potent force that prevents parents from allowing their children the freedom they themselves enjoyed when they were young. Fear is the emotion that separates a developing child from the full, essential benefits of nature. Fear of traffic, of crime, of stranger-danger — and of nature itself.”

Louv goes on to wonder if there aren’t greater dangers inside our homes, not least from the indoor air quality. “So where is the greatest danger?” he asks. “Outdoors, in the woods and fields? Or on the couch in front of the TV? A blanket wrapped too tightly has its own consequences. One is that we may end up teaching our children, in the same breath, that life is too risky but also not real — that there is a medical (or if that fails, a legal) remedy for every mistake.”

What I can assure you, however, is that there is neither medical nor legal remedy that will soothe the pain of having your parent usher an innocent spider into its afterlife. But when nature and home come together in that special eight-legged way, my own sort of ecophobia takes over and I’ll wrap that blanket awfully tight. We’re reading Last Child in the Woods together this month. Whether you’re reading along with us or just picking up the highlights, share your thoughts on this week’s reading and the question of  relationship with nature in the comments. Have a favorite quote or excerpt? Let us know, and read with us again in the coming week as we conclude with Parts V, VI and VII.