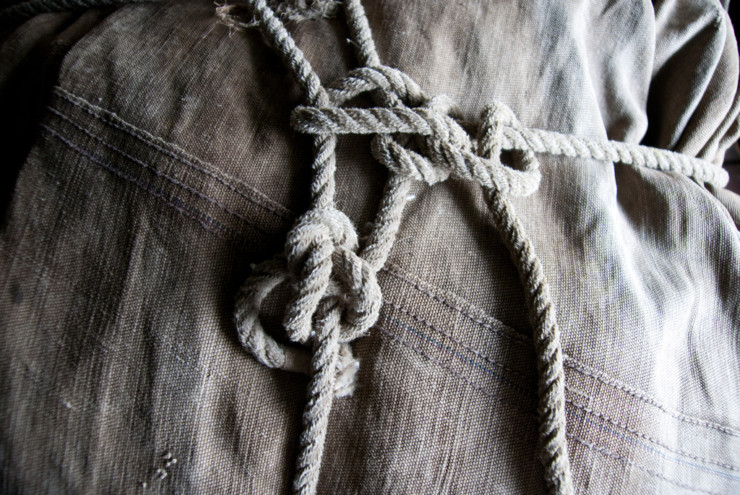 Children and lunatics cut the Gordian knot which the poet spends his life patiently trying to untie.”

Attributed to Alexander the Great, the Gordian knot is a moniker commonly used to describe a complicated, unsolvable problem. As legend goes, Alexander and his army marched into the Phrygian capital of Gordium, in what is now modern day Turkey. As they entered the city, Alexander saw the cart that belonged to King Midas’s father, Gordius. The remarkable feature on this cart was the yoke, which the Roman historian, Quintus Curtius Rufus described as, “several knots all so tightly entangled that it was impossible to see how they were fastened.”

An oracle proclaimed that whomever unraveled its hopelessly complicated knots was destined to become the ruler of all Asia. This posed an irresistible challenge to Alexander. “For some time Alexander wrestled unsuccessfully with the knots,” Rufus remarks. “Then he said: ‘It makes no difference how they’re untied,’ and cut through all the thongs with his sword, thus evading the oracle’s prophecy—or, indeed, fulfilling it.”

That very night, lightning and thunder shook Gordium, which the seers interpreted to mean the gods were pleased with the man who had cut the Gordian knot. True to the prophecy, Alexander went on to conquer Egypt and much of Asia, before his death from fever at the age of 32.

The tales of Alexander the Great endure and the symbolism of the Gordian knot has become a proverbial term for an intractable problem. Likewise, “cutting the Gordian knot” denotes taking bold action to solve a seemingly impossible problem.

Picture the scene described above, Alexander standing tall and scratching his head over the puzzle before him. Can you relate? Now imagine the moment he realized there was another way to solve the problem. A better way. Think of a situation where you or another person has cut through the knot. You could also invent a challenge and a clever solution. Who is the hero? Write a poem about a symbolic knot. Remember, all good legendary tales worth their salt include adventure, suspense… and a little poetry.

Thanks to everyone who participated in last week’s poetry prompt. Rick jumped in, imagined himself a thread and captured us with his poem: