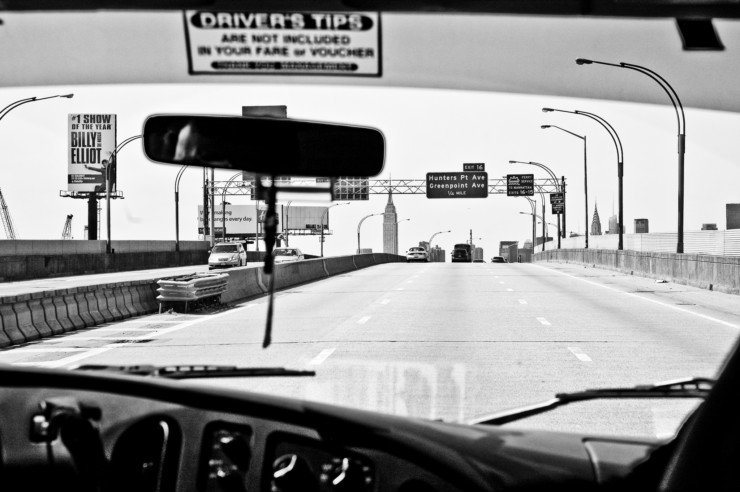 “Are you a poet?” a Japanese tourist asks the young man named Paterson near the end of the film by the same name.

“No, I’m not a poet,” Paterson responds, though we’ve just spent two hours watching him scratch words into a notebook before work and on the weekends. “I’m a bus driver, just a bus driver.”

“In Paterson, New Jersey,” says the stranger, who himself is a poet. He smiles. “It’s very poetic.”

The entire movie is infused with poetry, in fact, beginning with the city of Paterson, which also is the setting of William Carlos Williams’ multi-volume, epic poem “Paterson.” Because the main character drives a bus, we see glimpses of the city as we ride along with on his route. We also hear conversations of the riders who sit behind Paterson, and we feel the chill in the air as Paterson closes his jacket tight around himself on his walk to the bus garage to begin his shift.

All of these sensory details, even the match box he rotates in his hand each morning as he eats his bowl of Cheerios, find their way into the poems Paterson writes by hand in the small notebook he carries around with him. He writes sitting in the driver’s seat as the bus warms up in the mornings or on breaks in the middle of the day; he also writes in his dingy basement office in the evenings and on weekends. As Paterson, played by Adam Driver, scribbles away, viewers see the words on the screen and hear the voiceover of the words in the poet’s head. The poetry itself becomes a character.

Yet throughout the movie, Paterson doesn’t play the typical role of poet. He spends most of his time working. He doesn’t talk about his poetry with his coworkers or the guys at the bar where he stops off for a beer or two each night while he walks his dog, Marvin. He doesn’t even talk much about his poetry with his wife, Laura, though she is passionately supportive and always encourages him to share his poetry or at least make copies, just in case.

“You should do something about those poems,” she tells him, “they should belong to the world.”

In fact, compared to Laura, who is a painter, baker, and aspiring country singer, Paterson seems completely dispassionate about his own life and art, content to keep his thoughts private in his secret notebook. (“They’re just words, written on water,” he says at one point.) Yet throughout the movie, which chronicles a week in Paterson’s life where each day is almost identical to the one before, we begin to see a different kind of poetic passion emerge: persistence.

He also keeps listening and watching, too. When Paterson sees a young girl sitting alone in a sketchy part of town, he sits with her until her mother returns. As they talk, they discover their mutual love of poetry. “Awesome, a bus driver that likes Emily Dickinson,” the girl says. She reads him one of her poems, called “Water Falls,” — “two words, though,” she clarifies, which is ironic since the city of Paterson features the iconic Passaic Falls, shown throughout the movie. Paterson likes the poem and can’t get the words out of his head, reciting them to his wife and to himself throughout the next several scenes. In another instance, Paterson hears a man writing a rap song in the laundromat, and he stands outside to soak in the rhythm of the washing machine and to hear the words the man’s writing. “Your laboratory?” Paterson asks, when Marvin moves into the doorway, revealing that Paterson has been standing outside listening. “Wherever it hits me is where it’s gonna be,” the man replies.

The movie, like its main character, is slow, methodical, lyrical. Themes gradually emerge — twins, dreams, love, water — and at one point, a small incident seems like it might unravel the whole structure of Paterson’s life. But that’s when he meets the tourist, the one who asks him if he’s a poet. And in the course of the conversation, the man says something that encourages Paterson but also seems to bring the whole film together: “Sometimes empty page presents most possibilities.”

If anything, this is what Paterson is about: not so much the pursuit of dreams but the discovery of beauty right in front of you. The routine, quiet, and boredom of doing the same thing in the same place day after day after day actually form a canvas on which to create something new and interesting.

For years, I’ve been thinking and reading about the writing life. When I hear famous authors speak at conferences, someone always asks about the rituals of their daily writing. Somewhere, somehow, we all believe we’ll uncover the secret to writing success. But all these answers — hidden in books, revealed in speeches, and often portrayed in movies about writers and artists — seem far removed from the unremarkable circumstances of my everyday life. Until Paterson, where we finally see an example of a regular writing life, the one where life keeps on happening, but poetry isn’t just relegated to the edges. Instead, Paterson shows us that our lives themselves are filled with the poetry we seek. All we need to do is pay attention. And write.

Featured image by Julien Belli, Creative Commons license via Flickr. Quilt photos and post by by Charity Singleton Craig, co-author of On Being a Writer: 12 Simple Habits for a Writing Life that Lasts

Browse more on the Writing Life