They say that curiosity killed the cat.

When they say that, though, what is most notable is not that curiosity is a sort of killer, but rather that only one cat managed to fall prey to curiosity’s supposed lethal ways. The wise old sages that write us these idioms did not say that curiosity killed many cats. Nor do they say it even killed a few. It killed one. The cat. Whichever one that was. Even so, in many ways we have been taught to regard curiosity as a force of great danger, something which should be engaged, if at all, with an abundance of caution. For if it could kill a cat (which is no simple task, we know, since cats are in possession of all of nine lives), heaven only knows what it could do to a human.

In Curious: The Desire to Know and Why Your Future Depends on It, Ian Leslie notes that “our oldest stories about curiosity are warnings.” He goes on to recall stories of Adam and Eve, of Icarus, of Pandora, finding that “for most of Western history, [curiosity] has been regarded as at best a distraction, at worst a poison, corrosive to the soul and to society. 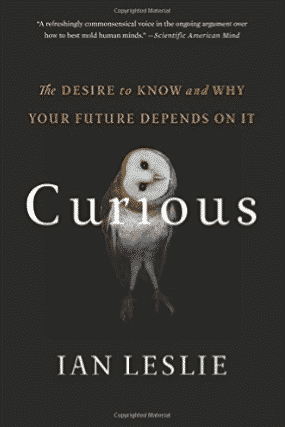 Leslie disputes that curiosity is something to be wary of, and in fact cautions us in the opposite direction, laying out a compelling case for curiosity and habits of learning and exploring as key to happiness, personal and professional success, and even as a bulwark against dementia.

Beginning February 22, we invite you to join us in our next book club discussion of Curious. We’ll read together and discuss on the following schedule: