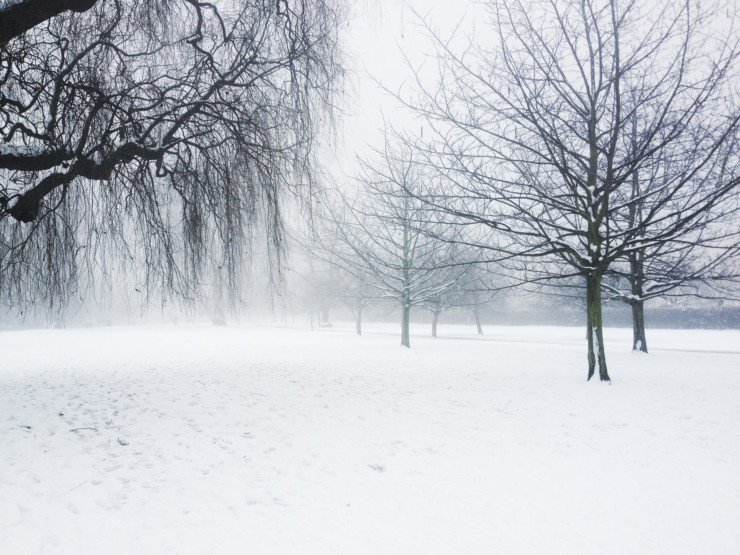 The storyline started running in my head as soon as I pulled up to the property, by all appearances abandoned. It had the makings of a terrible screenplay for a B horror film, including, in my mind, the bodies buried out back.

When he told me I’d have to park on the road and walk in because the driveway hadn’t been cleared, I thought nothing of it. I thought more of it when I arrived to inspect his home after a late-January burglary and saw that his trailer was set back from the road a good quarter mile, the nearest neighbor three miles away and the nearest town with an active police force another 26.

Ray, the insured, had not yet arrived. I gathered my gear, pulled on a cap and gloves, and began my trek up the driveway through knee-deep snow. While I could sense the sun on my face, I lost sensation in my toes before I reached the house.

The front door hung off its hinges. The creak of metal on metal, opening and closing in the North Dakota wind, created a chill winter alone could never muster. I practiced making the sound in my throat. I’d need it when I recounted the tale after work.

The creaking was moderated by the low, steady growl of a dog—a tangle of matted fur and dried alfalfa—lying motionless on a weathered cedar deck. His front paws hung over the top step, his head resting between them. He stared at me with black eyes while he curled his lip up on the left, baring brown and yellow crusted teeth.

I kept my hands, now numb, tucked under my arms, not wanting to alarm the hound with sudden movement. I took three steps backward. “Listen, mutt. Why go to all the trouble for one bony, medium-sized adjuster? Ray is sure to be bigger and meatier.”

I heard the crunch of tires on snow and looked up to see Ray get out of a clean, black Ram pickup with custom wheels and ground effects. He wore a knit cap down to his ears and three- or four-day-old scruff. His blue jacket from the casino hung unzipped and he had on dark green stained work pants over heavy boots. I walked down the drive to meet him for no reason but to move farther away from the dog.

“Guessing they came in through the front door?” I said. “Looks like they yanked it off the hinges.”

“Nah. They didn’t do that. Been meaning to get it fixed.” He put his hands in his pockets and kept walking.

We approached the deck and the dog rolled onto his back, letting us by without resistance. Inside, the house looked like Hurricane Ethel had passed through on a dry spell. I took photographs as we went through each room, asking Ray to identify what was missing. “They really messed the place up for you, ” I said, entering the living room. The few pictures on the wall hung cockeyed. Books and magazines were scattered across the floor. Pieces of clothing were strewn atop furniture and a table lamp.

“Nah, ” he said, a word I would get used to as the start of every sentence. “They didn’t do anything in here but take an old photo of my dad off the wall.” He pointed to an empty nail above the davenport. “Anyway, been meaning to clean things up a little.”

We passed down the hall to his bedroom. “They took my VCR.”

“Nah. Been meaning to get one for the place. Usually bring one when I come.”

Ray worked two hours away, he told me, and only stayed in his house on the weekends. This would explain why it was colder inside the house than out.

The heat didn’t run during the week. “You shut off the water, I hope?”

I’m in the business of understanding loss. Sometimes, it’s as dramatic as death, dismemberment, and destruction. Other times, it’s hours of tedious paperwork. Some days, I am the hero, standing armed with a free-flowing pen and a big fat checkbook. Other days, I am the villain, tracing a yellow highlighter over previously overlooked policy provisions.

I often think of my work as storytelling. I listen to stories from homeowners in order to understand—or to help them understand—exactly what transpired. At times, I work to coax a story out of the scene of a fire  or a motor vehicle accident. Almost always, I play the story back in my mind, telling it as a wizened grandparent might to a circle of grandchildren surrounding an old rocking chair. It’s one way I process work which can be, even on its best day, troubling.

As it turned out, Ray’s claim was small, my handling of it far less eventful than the screenplay I’d been writing in my head. He was missing an old photo, an obsolete VCR, and a handful of video cassettes. There were no dead bodies in the yard, no one bursting on the scene with a chainsaw or hockey mask. Yet, in what seemed to me to be the ruined state of his home, he knew something was missing from the chaos, that someone had been in his space and violated it.

That morning, a man of few words told me the story of a missing photograph clearly enough I could see in the empty space above a dirty couch a man in uniform with his platoon at the tail end of a war he didn’t want to fight. Ray would get a few dollars for a photograph he couldn’t replace. The story of his dad, however, he could keep on telling.

This is a modified version of an article entitled The Power of Storytelling: A Way to Understand, originally published at The High Calling in 2014.