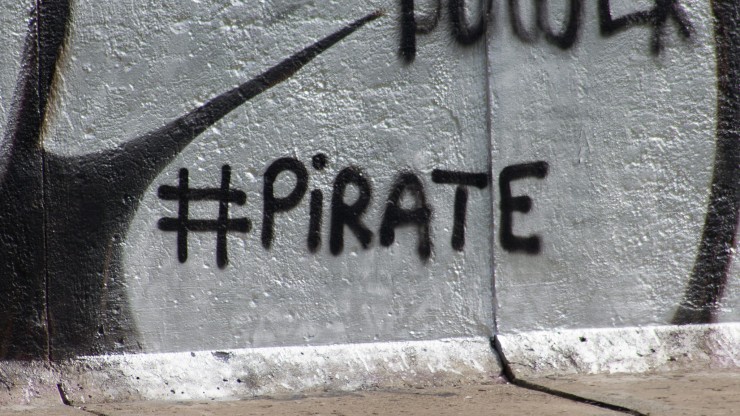 Even pirates had their standards. One of the most famous and successful pirates was Bartholomew “Black Bart” Roberts (1682-1722). He was a Welshman who worked diligently with the crew of his ship, the Royal Fortune to draft bylaws in 1722. This was the pirate’s code. Here are a few of his actual rules and regulations:

Don’t forget to be good to your hearties, or they’ll mutiny.

I am he who the poet said once flew
The sound-fraught bay, vex’d the dim seas
And sped the globe around to chase
The rainy Hyades.
I’ve smelled the ocean brine
And knew it well – each curve,
Each twist of its tempestuous swell
Laid open for my eyes.

The far-off wooded cove oft struck my sight
When on the sea-tossed boards,
And often when the ship was slow
Strained forward, ever forward
With thought and mind in equal store
Yearning to set my foot upon the distant shore.

But now a sea-dog left to dry,
I while away the dreary hours,
Well liked, and oft remarked to cry
“Oh how I’d sell my soul for but one fee,
To ride once more upon the rolling sea!”

Yet I am old, and age hath left me
But a shadow of my youth,
Kept nothing of my features bold,
But graven on me the likeness of death.
The blood that courses in my veins is cold,
But not from just the passing years.
You may not see it, who hears this tale
But I have wept a thousand tears
For every week away from Neptune’s hold.

Take me on board and I will serve
As faithfully as God does man.
Let me once more feel land’s retreat
And I will kneel down at your feet,
The broken remnant of a broken sailor.
Once, I fought on land and sea for glory,
For distinction well deserved. And such I won,
But it does me no favour now
When I must ask with bated breath
If when you leave this god forsaken isle
Your crew will house an extra one.