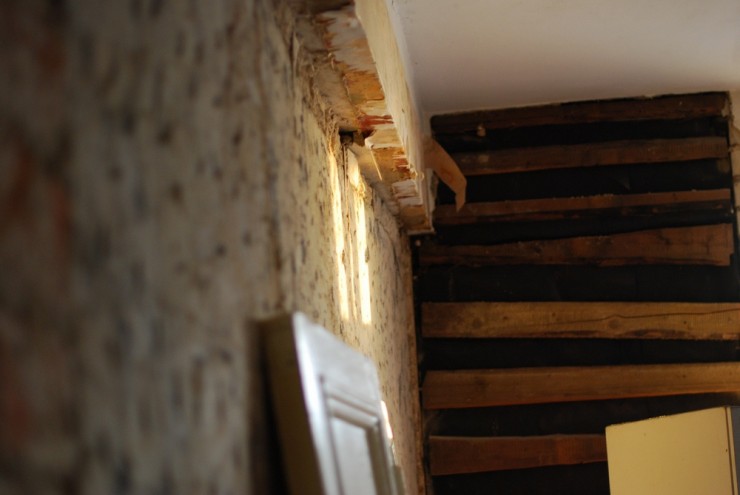 Lately, at night, I’ve been reading Ta-Nehisi Coates’s Between the World and Me. Sometimes, if it’s late and I really need to be sleeping, I just read a couple of poems by William Stafford. I have several books in process that you’d find in the photo if we suddenly decided to put out a call for the “What books are on your nightstand” meme. You’d find Coates, James Fowler’s Connected, Billy Collins’s Aimless Love, Andre Dubus’s Selected Stories, Junot Diaz’s The Brief and Wondrous Life of Oscar Wao, a few other unfinished odds and ends.

I just finished reading Michael Cunningham’s The Snow Queen. In this passage,  he follows the thoughts of one of the characters, Tyler, a songwriter struggling to write the perfect song for his dying wife-to-be, who wants to write a song that is “better—a little better, please, just a little—than what he is capable of producing.” His thoughts take him to a myth that he believes is missing from the pantheon:

It concerns a man who produces something. Say he’s a carpenter, a good carpenter; good enough. His work is solid and substantial, the wood well cured, the edges smooth, the joints all plumb and true. His chairs recognize the body; his tables never wobble.

The carpenter, however, finds, over time (time is always the punch line, isn’t it?), that he wants to make something finer than a perfectly leveled table or a comfortable, welcoming chair. He wants to make something . . . marvelous, something miraculous; a table or chair that matters (he himself isn’t sure what he means by that ); a table that’s not so exalted as to apologize for its modest object-life of load-bearing, a chair that doesn’t criticize those who sit in it, but, at the same time, a table and a chair that rise up, revolutionize, because they . . . what? (What?)

. . . they shape-shift, and appear in different forms to everyone who uses them (Look, it’s the table from my grandmother’s farm! My god, it’s the chair my son was building for my wife’s birthday when he had the accident, it’s finished, it’s here, how is that possible?).

. . . the table is the reincarnation of the father you lost—patient and powerful, abiding—and the chair—gracious, consoling, undeluded—is the long-awaited mother, who never arrived at all.

The carpenter can’t, of course, make furniture like that, but he can imagine it, and as time goes by he lives with growing unease in the region between what he can create and what he can envision.

It would end when a ragged old peddler, selling worn-out oddments nobody wants, to whom the carpenter has been kind, grants him the power. But this way it ends badly, doesn’t it? The wish goes wrong. The people who sit in the chairs, who rest their forearms on the tabletops, are horrified by their own conjured memories, or furious at these manifestations of their own perfected parents, because they’re so forcefully reminded of the parents actually given them.

Or, once the carpenter’s wish has been granted, he finds himself imagining furniture imbued with still more powerful magic. Couldn’t it heal maladies, mightn’t it inspire profound and lasting love? He spends the rest of his days searching for the old peddler, hoping for a second spell that will render those tables and chairs not just comforting, but altering, transfiguring . . .

There is, it seems, a law of myth-physics that requires tragic outcomes of granted wishes.

When I read, sometimes I read just for the pure pleasure of it. Or sometimes for the mental and psychic relief that escaping into a good novel can bring. I read to learn something new, to understand something I have not understood, or to understand better.

And sometimes, I read like Ann Kroeker read E.B. White, saying “And this, I thought, is how I’d like to write, ” thinking she would re-read the essays to “figure out what made each essay work so well.”

Some days I feel like Cunningham’s Tyler, who sees himself in the mythological carpenter, “a good carpenter; good enough. His work is solid and substantial, the wood well cured, the edges smooth, the joints all plumb and true.” I’m “a good writer; good enough.” My work is “solid and substantial.” But at times I want to write something that just a little better than what I am capable of producing. And so I look at what a writer like Cunningham does. Is it in the complex, compound sentences, the deliberate but meandering use of punctuation? The commas, parentheses, semi-colons, scattered ellipses—and even em dashes—he employs so lavishly? Or is it the image-rich text making suggestions we’d not have thought of before: “His chairs recognize the body.” It might be his deft employment of lesser-used words like oddments which leaves me thinking there could be no better word. Or his creation of compound words like myth-physics and object-life that don’t otherwise exist, and doing so in such a way that a reader doesn’t find troubling or annoying. It may just be the way he weaves images that are both beautiful and distressing without giving the reader much space in between.

In On Being a Writer,  Charity Singleton Craig observes, “Writing requires a flow both inward and outward of ideas, thoughts, and stories.” Were it not for building space for reading into the rhythm of my life, writing for me would be like the carpenter still trying to figure out how to make chairs that don’t wobble.

Before the chair can “recognize the body, ” the carpenter needs to spend time with the body, and with the wood, to understand the shape and character of things. The writer, as Kroeker and Craig remind, surrounds himself with people, activities and books that will influence his writing.

We’ve been reading and discussing the first three chapters of On Being a Writer together. The book offers several discussion questions following Chapter 3 • Arrange. Perhaps you’d choose a question or two to answer in the comments as part of our discussion.

Today marks the end of our group discussion but we invite you to join in the previous weeks, and to purchase the book to complete the explorations with your writing companions or on your own.

We recommend you purchase a copy of the complete book for our community discussion, or you can download an ebook version of the first three chapters at Noisetrade for free.