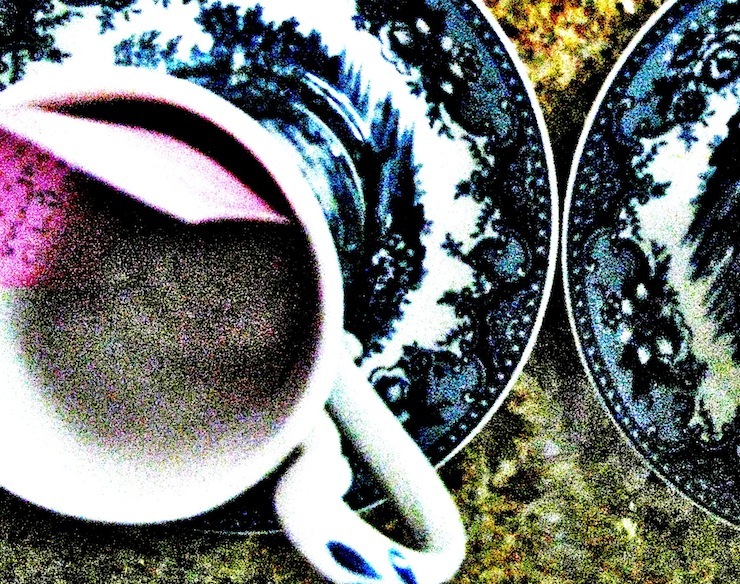 Nearly every week, I take a morning and go away to write. By “go away, ” I mean go away, as in leave my office and my little town in search of somewhere else, usually a certain coffee shop in the next big town where I write over a ristretto shot with steamed milk and under the curiously repetitive sounds of acoustic hipster background music.

After one recent such morning away, a few miles down Interstate 29 while I was listening to Wait, Wait, Don’t Tell Me on Minnesota Public Radio,  I noticed a small white card under my windshield wiper. My mind traveled through all manner of wondrous ideas that visions of grandeur have to offer as I pulled off the highway and turned onto an approach so I could investigate. Perhaps it was an invitation to an exciting event. Or maybe the girl who works at the coffee shop really is reading my serial novel like she says and left me a note to tell me what a brilliant author I am. It could have been a parking ticket, I suppose. By the time I got out of the car, I’d have been happy with a 25-cents-off coupon for the frozen yogurt shop down the street from the coffee shop.

As things turned out, it was a little note from someone named Millie, who began by saying “I don’t know you.” Millie, who found herself and her car door compelled by the wind, banged up my passenger door, I discovered. And while she pointed out that she couldn’t control it, she thought she should offer to pay for part of the repairs. Oh, Millie. I am a claim adjuster. You should pay for all of the repairs.

But I won’t ask her to. It’s a small scuff and not worth trying to explain how the wind has no funds to pay the other half.

While the world was celebrating Random Acts of Poetry Day, leaving poems on mirrors and blackboards and car windshields, I was thinking about Millie. On a day when people wanted to brighten other people’s days, surprise them with the whimsy or wonder of a simple poem, I wished that Millie had left something thoughtful from Tony Hoagland or Pablo Neruda or Adrienne Rich on the back of her chiropractor’s appointment card. I wished that I had seen the card before I left the parking lot, so I could have left her a little haiku about wind and car doors and the ways we hold on tight in return.

When we created our little Random Acts ideas ebooklet, we had 10 things you could do to celebrate with a poem. And we left those ideas open to your random interpretation. Of course there were more than 10 things you could do. And many of you found a way to do them. Here, dropped randomly into our fun little categories, are some of our favorite Random Acts of Poetry sightings from the day yesterday.

It’s not a computer, or a computer store. But a murder mystery is a great random place for poetry.

A Random Act of Poetry from "Kiss Me Deadly" One of my favorite scenes. #raopoetryday #greatwhatsit https://t.co/62OZStlGUu

Put a poem in your voicemail

Or, run up to a teacher and share your random poem.

Leave a poem under the wiper on a car windshield

I like to imagine that this wall is a windshield, and smile at the look on someone’s face when they come out of the grocery store to find their car plastered with poems on Post-It Notes.

If you made enough poems to share with everyone, you could leave them on all the cars in the shopping mall.

It's a poetry love note kind of day! #raopoetryday Wherever I go I'll leave a little piece of Ghazal 838 @tspoetry pic.twitter.com/HdMDuB14An

And maybe not the windshield, but a poem about the whole car.

Today is Random Acts of Poetry Day! "Old Car" I pass it every day after school, and I see my dad's old car… http://t.co/2j3ztQsr88

We’re betting these made their way onto a few windshields.

And look, a real poem on a real windshield!

I slipped a few poems under windshield wipers for Random Acts of Poetry Day. The day is still young — have some fun and sneak #poetry into your corner of the world! @tspoetry #raopoetryday

Braid a poem into your hair

Or, you know, weave one into a spindly plant.

Happy Random Acts of Poetry Day! I also handed a couple out here to a couple of places I go to a lot here! Fun! ???? pic.twitter.com/RE789ABHMn

And if you happen to share a hair poem with your hairdresser, do mind the ceramic acorn.

Celebrating #raopoetryday at my hairdresser's. And I broke her acorn salt shaker. @tspoetry #fail pic.twitter.com/OwpltMVl0E

Write a poem on a blackboard

Or in the case of the modern teacher, a whiteboard:

Or paper on your whiteboard.

I love these 7th graders’ haikus:

Tape a poem to a bathroom mirror

Some people have their laundry in the bathroom. That works. 🙂

And sure. It’s not a bathroom mirror, but has a little of that reflective action going on.

I think this is near the bathroom.

It's Random Acts of Poetry Day. I left this one in the fitting room. "Random Haiku in the Dressing Room" by me. #raopoetryday #poem #poetry #haiku #random #stars #light

This is the way selfies ought to be.

Chalk a poem onto the sidewalk

If Glynn had chalk, he could have written this poem on the sidewalk in London.

And when you find fall leaves on the sidewalk, write a poem on them.

To see a world in a grain of sand And a heaven in a wildflower Hold Infinity in the palm of your hand And Eternity in an hour. -William Blake #raopoetryday Take 3.

That’s one way to have a poem go viral.

Slip a poem under a door

These were not quite “slipped under a door” but the idea of being deposited in secret around Darlene’s town has that same sort of feel.

Random Acts of Poetry Day boards – some shared @ a meeting; others placed secret about my town. @tspoetry #raopoetry pic.twitter.com/BMWPjL7UAf

When one forgets the handprinted leaves, one must become the poem.

Random Acts of Poetry day & I've left my bag of handprinted leaves at home. The only scattered image here is my own. #raoPoetry fail!

Or really, one becomes the poem:

Maybe we could make a habit of Random Acts of Poetry. Maybe Millie will join in.

Like your poetry to be less random? Sign up and we’ll send you a poem, every day.