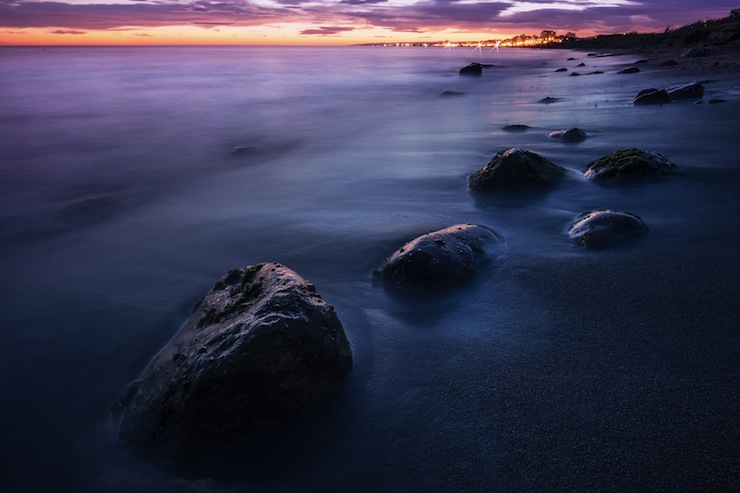 Write! And your self-seeking text will know itself better than flesh and blood, rising… —Hélène Cixous, The Laugh of Medusa

The Poem At the End of the Mind

Emily Dickinson’s poem, I Started Early – Took My Dog – is at once whimsical and mysterious. It was written during her most productive writing years, 1862 – 1863, when she drafted over five-hundred poems. This period until her death in 1886 was also her most reclusive years. This is important. One cannot have a transcendental experience in the midst of dealing with the world at-large. A transcendental experience involves another part of our consciousness. It takes us, as it were, out of our mind. It is to be experienced often in solitude. It is something to later guide us when we are, once again, in the world-at-large. The images in this poem are startling, even surreal; they deliver a jolt to our rational minds; they knock the reader off balance.

In the Editor’s Preface to The Pocket Emily Dickinson, Brenda Hillman writes of Dickinson’s style:

She writes the largest things in the shortest space possible. In dazzling swiftness, we can see her great spirit intercept a question and take it to the interior spaces we didn’t know we had.

Similarly, in her book Spontaneous Particulars: The Telepathy of Archives, Susan Howe excerpts for us, from a rough draft of Paterson, these words by William Carlos Williams:

For there is a wind or ghost of a wind
in all books echoing the life
there, a high wind that fills the tubes
of the ear until we think we hear a wind,
actual
to lead the mind away.

“I Started Early – Took My Dog – “ is a poem about transcendence. It wants the reader to be swept away as daydreams sweep us away and allow us to lose our tight grip on the quotidian consciousness that binds us to a functional room in the house we call our mind. Dickinson was a reader of Emerson and surreptitiously a reader of Whitman, thought to be “inappropriate” at the time. Whitman wrote of a similar transcendental experience as Dickinson’s in Song of Myself:

I mind how once we lay such a transparent summer morning,
How you settled your head athwart my hips and gently turn’d over upon me,
And parted the shirt from my bosom-bone, and plunged your tongue to
my bare-stript heart,
And reach’d till you felt my beard, and reach’d till you held my feet.

Upon finishing “I Started Early – Took My Dog –“, my first thought was that this was no ordinary walk to the sea with a dog. I thought, perhaps if I read it as a child’s version of a trip to the sea, the Mermaids and the sailors (Hempen Hands) and the Shoes full of Pearl would “make sense.” Left alone to play, children live in transcendence, where there are imaginary creatures and “friends.” But in the body of work that is Dickinson’s poems, The Sea is an archetype for the human spirit, soul, consciousness, whatever term you want to use for that part of our mind that requires a perceptual shift to visit. So, she had something in mind for us to see. What is it?

The first thing I wondered about was the Dog. Why include the Dog in the first line of the poem and then have it disappear without even cursory explanation? Why is Dog capitalized? One of the primary archetypes for a Dog is a guide; add to this the Native American trickster, Coyote, and you have the Dog in this poem. It disappears, once the sojourn is on the right path.

When the Dog is gone, the Mermaids appear in the Basement, we are now deep in the territory of transcendence—why Basement, why is it capitalized? There are three capitalized nouns in stanza one and one adverb. Through the years since their discovery, many of Dickinson’s poems have been edited in various publications by “well-meaning” editors. However, these capitalizations have remained intact. The Thomas H. Johnson edition of the Complete Poems is one of two considered to contain the original syntax, grammar and punctuation of the poet. I believe they are capitalized for their importance.

The Dog is the poet’s intention or guide to deliver her to the land of daydreams, the point of transcendence. When we write to create, when we get lost in where words can take us, when we have sustained imagination, we are in a state of transcendence. We our beyond where we write the grocery list or the check for utilities. In our imagination there are places and creatures of a different significance.

The Mermaids are the Sirens of the Homer’s Odyssey; they are the Sirens of James Joyce’s Ulysses where suddenly the text is rendered in poetic and musical form. And as with Ulysses and Leopold Bloom so with Emily Dickinson; they are beckoning her to a place of enchantment, where The Sea of our being is transformed.

The Frigates and the Hempen Hands in the Upper Floors, what of these? I maintain this represents the rational world, attempting a rescue. It is, after all, scary to let go, even temporarily of the “Upper Floors” of the mind. Thus, “Presuming me to be a Mouse – Aground – upon the Sands.” However, it is a Presumption established by the poet, and implied, she is no Mouse, for “no Man moved Me.” Why are Man and Me capitalized?

Man in those days could have meant the world of rational thought, the dominating gender in the world-at-large, these being a popular belief (especially by men). How could one not consider, at that time, the greatness and the failings of Man in considering the growth of industry and the division and disease of the Civil War in the States. Me, however small in comparison, was also great, responding to the Tide (The Sea), the prevailing spirit within us all. It was The Sea that finally took the poet to The state of transcendence. This journey is gradual, beginning with a “simple” Shoe. This is fundamental. Transcendence, the poet is saying begins with simplicity, nothing more than a willingness to capitulate. It continues to dissolve the quotidian clothing—Apron, and on to emblems of the personal—Belt and Bodice.

When surrender is complete in the poem, the poet is consumed by a state of transcendence, as wholly and naturally as dew on a Dandelion leaf (Sleeve). Dandelions have very deep roots; they are persistently alive through the dead of winter and the scorching heat of summer. Mythically they provide a vehicle for wishes on the gray seed stems, with a simple breath. Perhaps this is what Dickinson saw in this metaphor. “And then – I started – too – “ ends this stanza. This is not as clear to me. I think it is a conscious effort to return to the world-at-large, the transcendent having been experienced. One can’t stay there forever; it is not the territory of what people do every day (although, as said before it should be remembered).

When we dream—daydreams, night dreams—and we are awakened, dreams often follow us. From daydreams, a friend may ask us, “where were you?” This is stanza five of “I Started Early – Took My Dog – “ It reads:

This is the lesson. This is the substance of the transcendent experience following the poet into the world of every day life. But what is different? The Shoes, a traditional symbol of the “practical” are overflowing with pearl. Pearl, the gem that makes tolerable the grit of sand to a delicate organism. This is reinforced in the final stanza, where “We” meet the Solid Town. By now the reader should be used to what capitalization wants from us.

The Solid Town is the world-at-large, where there is “No One He (The Sea) seemed to know.” Worlds apart. Membranes of consciousness nearly touching, but not. Where have we seen this—the Sistine Chapel.

So, is this really what Emily Dickinson intended with this poem? I don’t know. But do you think it was merely the recounting of a trip to The Sea, where her dog disappeared and she went swimming, enjoying herself so much that she envisioned such amazing things?

Dickinson is the mother of Modern poetry. Dickinson, Emerson and Whitman were visionaries at the door of where we find ourselves today. It is a world where people struggle to “come together” as John Lennon put it. A world that is an organism learning to be whole. A place from which we look beyond in many ways for that which is at once larger than ourselves, yet within us. What is this poem trying to say, but that something precious sings in all of us—to find it and be found.