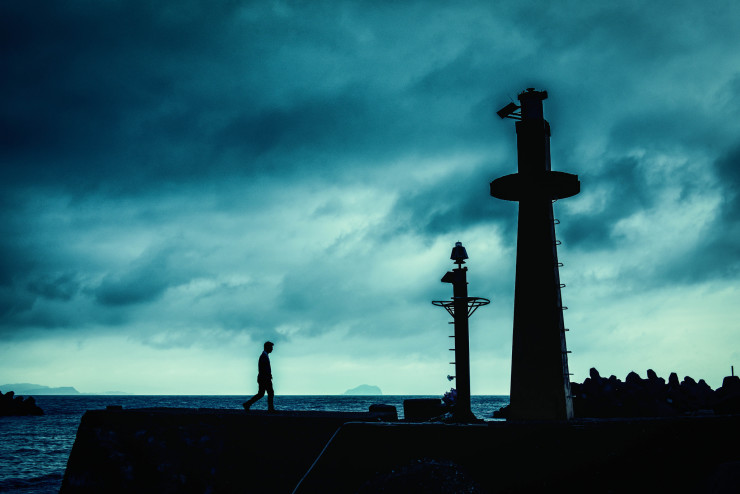 Life is very different when you walk through it.

—The Unlikely Pilgrimage of Harold Fry, by Rachel Joyce

What is it that makes a man leave his house to mail a letter one minute, and within an hour or two commit to a walk the length of England, without proper clothing or gear, without a phone, without a map or guidebook much of the way, and without checking in first at home?

Perhaps the notion of taking one step after another in the hopes of keeping a friend alive awakens the dormant hero and this is sufficient to inspire an “ordinary” man to attempt something “extraordinary.” That seems the case, anyway, for our hero in The Unlikely Pilgrimage of Harold Fry, who walks from Kingsbridge to Berwick-upon-Tweed, some 600 or so miles apart, in order that his friend, Queenie Hennessy, will keep living.

Along the way, he encounters a variety of people and interesting places. We thought it would be fun to look at some of the places Harold Fry passed through on his journey. We’ll do our best to keep the story’s secrets, but be warned, by nature of the points on a map,  there are inevitable spoilers ahead.

Top 10 Places in The Unlikely Pilgrimage of Harold Fry 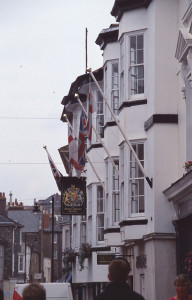 The story begins at 13 Fossebridge Road, Kingsbridge, South Hams: Harold’s home, which he shares with his wife Maureen.

Built on a hill above Kingsbridge, the houses of Fossebridge Road enjoyed what real estate agents called an elevated position, with far-reaching views over the town and countryside. Their front gardens, however, sloped at a precarious angle toward the pavement below, and plants wrapped themselves round bamboo stakes as if hanging on for dear life.

The real Kingsbridge is a town in South Devon comprised of two medieval towns, Kingsbridge and Dodbrook. Considered the natural and historic center of the area, it originally developed as a market town for the monks of Buckfast Abbey. After lodging the first night at Loddiswell Inn, Harold makes his way to South Brent. Along the way, he discovers the richness and beauty of the landscape which, though he’d traveled the same road often in the past by car, he’d not really noticed before. His time alone with his thoughts and the outside air begins to stir a forgotten self.

He was already different from the man who had set foot from Kingsbridge, and even from the small hotel. He was not someone off to the post box. He was walking to Queenie Hennessy. He was beginning again.”

South Brent calls itself “South Devon’s Best Kept Secret, ” a former woollen market center on the southern edge of Dartmoor that now hosts a variety of shops, pubs and cafes. Harold stopped in one of the small shops to purchase a toothbrush and razor (and plasters to care for his many-blistered feet). According to a woman Harold met at the hotel, South Brent gets more rain “than anywhere else in Devon.” 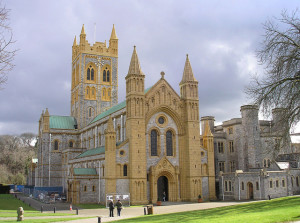 At Buckfast Abbey, Harold observed that there seemed to be more tourist parties than monks. He purchased some items in the gift shop. He sat down for a hot meal, and in the course of observing another couple over lunch he began to quietly lament some of the heartache and loss of his relationship with his wife and son.

Again Harold left the phone booth, wishing he could make Maureen understand. But for years they had been in a place where language had no significance. She only had to look at him and she was wrenched to the past. Small words were exchanged and they were safe. They hovered over the surface of what could never be said, because that was unfathomable and would never be bridged.

Buckfast Abbey is a thousand-year-old monastery in the Benedictine tradition which features three gardens, lodging, a conference center and gift shop. The monks maintain bee colonies and produce tonic wine. Harold had visited the abbey with his family years before, but his son had been disagreeable and they never got out of the car. While in Exeter, Harold became aware of the changes in his internal rhythm, with the contrast of his quiet, solitary journey on the road with the bustle of the city. And after listening to the confession of a gentleman in the restaurant over lunch, he discovered an important piece of meaning for his journey:

He understood that in walking to atone for the mistakes he had made, it was also a journey to accept the strangeness of others. As a passerby, he was in a place where everything, not only the land, was open. People would feel free to talk, and he was free to listen. To carry a little of them as he went. He had neglected so many things that he owed this small piece of generosity to Queenie and the past.

A 2000-year-old city, Exeter grew out of the civilian settlement of Romans and the native Celtic Briton following the Roman occupation. The city went through various iterations under control of Danes, Normans and French,  and was contested during the English Civil War in the 1640s. Local landmarks include St. Peter’s Cathedral and the Roman City Wall. There are underground passages thoughout the city that carried fresh water during medieval times. In Taunton, Harold got to know Martina, a woman who put him up for the night in her home and provided him some needed supplies. While his visit there was a certain kind of low point, Harold’s confidence soared:

I admit it is an awfully long way to Berwick. I admit I am wearing the wrong clothes. And I also admit I have not the training, or the physique, for my walk. I cannot explain why I think I can get there, when all the odds are against it. But I do. Even when a big part of me is saying I should give up, I can’t. Even when I don’t want to keep going, I still do it.” In Bath, Harold discovered that while he had set out from his house weeks before, his journey had in some ways just begun.

Beginnings could happen more than once, or in different ways. You could think you were starting something afresh, when actually what you were doing was carrying on as before. He had faced his shortcomings and overcome them, and so the real business of walking was happening only now.

Bath is considered to be among the most beautiful places in England and has drawn people to its hot springs and Roman baths for hundreds of years. Bath also features Bath Abbey and nearby Stonehenge. As part of his new beginning at Bath, Harold began to care for his body with gentle exercise and rest and learned the plants and their usefulness as he walked. “Once more, it surprised him how much was at his feet, if only he had known to look.” 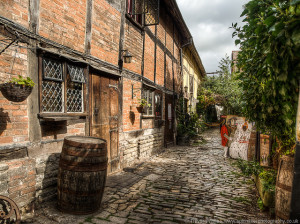 Ahead of Stratford-upon-Avon, Harold makes some surprising decisions about how he would travel.

He saw that when a person becomes estranged from the things they know, and is a passerby, strange things take on a new significance. And knowing this, it seemed important to allow himself to be true to the instincts that made him Harold, as opposed to anyone else.

Stratford-upon-Avon, of course, is the birthplace of William Shakespeare, and while I will let slip that Harold did not visit any of the famous Shakespeare sites, if you were to pass through Stratford you could see the home where he was born, as well as his daughter’s home, his mother’s farm, and the Royal Shakespeare Theatre. By Darlington, Harold’s trek has taken on significance for others, some of whom want to hijack it for their own purposes. While for most of the journey he preferred the open spaces, he’d begun to find relief in the towns.

Tired and increasingly empty, he would stroll through the oncoming night while crickets creaked and stars pricked the sky. This was the only time he felt free, and connected. He thought of Maureen and Queenie. He remembered the past. Hours could pass and they would seem both like days and no time at all.

Darlington was an early Anglo-Saxon settlement on the River Skerne, with later Danish and Norman influence. The city features St. Cuthbert’s church, the “bonny church” of King James of Scotland’s 1603 poem, which is one of the largest churches in North East England, and is also home to a rich heritage of the railway. Darlington is situated near Croft, which Lewis Carroll considered home and where he did much of his writing. At Wooler Harold discovered he had lost the compass given to him by someone he met along the way, which was a cause for great distress:

He tried to tell himself it was only a thing. She would understand. But all he could feel was the loss of its weight from his pocket, so vast its absence mounted to a presence. He feared that in mislaying the compass, he had also lost an essential, steadying part of himself.

Wooler is the gateway to the Cheviot Hills and sits on the edge of Northumberland National Park. The town is near Chillingham Castle, believed to be one of the most haunted in Britain. Berwick-upon-Tweed is where Queenie Hennessy lies in her hospice bed, where Harold is determined throughout the story to reach. Berwick is the site of the great Elizabethan walls, which were constructed to keep the Scots from entering. Many of artist L.S. Lowry’s paintings are set in Berwick and a walking trail has been created to explore those sites.

Part way through his journey to Berwick-upon-Tweed, Harold reflects on the ordinariness of being human, a theme that runs throughout the book:

He had learned that it was the smallness of people that filled him with wonder and tenderness, and the loneliness of that too. The world was made up of people putting one foot in front of the other; and a life might appear ordinary simply because the person living it had been doing so for a long time. Harold could no longer pass a stranger without acknowledging the truth that everyone was the same, and also unique; and that this was the dilemma of being human.