When I moved from Massachusetts to Nebraska nearly 15 years ago, the landscape seemed drab in comparison. Autumn and winter presented a dull palette of brown, gold and gray; spring was the green upon green of soybeans and early corn; summer, the washed-out beige of dried stalks. And in every season, the air seemed to hold the scent of manure, even in the city, miles away from the fields.

It’s taken several years, but over time as I’ve explored the land, I’ve come to realize that Nebraska’s landscape offers its own beauty and diversity. It’s more subtle—one must look more closely and carefully to notice its nuances—but it’s here. On a recent Friday morning my son Noah and I hiked one of our favorite spots in Nebraska, Spring Creek Prairie Audubon Center,  an 850-acre tall grass nature preserve, located about 20 minutes south of Lincoln.  Since we discovered it several years ago, we’ve visited Spring Creek Prairie again and again, in every season. Each time the land and its wild inhabitants reveal something new.

Over the years my family has explored Spring Creek’s miles of walking trails, as well as some of its nearly 650 acres of native—meaning never plowed—tallgrass prairie. I’ve snapped hundreds of photographs of wildflowers, grasses, birds, insects and sunsets, and we’ve enjoyed many of the Center’s family-centered nature programs, like Firefly Fridays and Twilight on the Tallgrass. We’ve also learned the history of the ruts that slice the prairie, remnants of the pioneer wagons that passed through as they headed west more than one hundred years ago. During our most recent visit, Noah and I looked for bullfrogs from the wooden bridge. Though we heard their song, deep like a rhythmic fog horn thrumming out from the marsh and over the bluestem grass, we failed to spot one from our perch.

We continued up the hill, following the path through early blooming coneflower, milkweed and yarrow, the dew soaking through our sneakers, dampening our socks. The prairie, we noticed, looked different—greener, lusher, the result of the unusually heavy rains we’ve had in Nebraska this spring. Noah’s favorite spot, a secret den beneath a tangle of willow branches, was inaccessible, the path flooded by the expanded pond and marsh.

We spent most of our time at the bottom of a hollow where, high above our heads, the cottonwood leaves whispered like the sound of rushing water. We stood amazed as dozens of dragonflies zipped from one leaf to another, their iridescent wings glinting in the sun. They ranged from cobalt blue to malachite to charcoal black. We wondered whether the insects changed color depending on the angle of the sun, or whether there were actually three different varieties of dragonfly dipping in and out of the shadows. Most of the dragonflies were skittish, but one, larger than the rest and blue as the Mediterranean Sea, stayed still, allowing me to creep close with my camera lens. I snapped a dozen shots, each taken an inch closer than the last. And then Noah and I simply stood quiet, marveling at its bulbous eyes and the hairs bristling its legs, until, with a warning flutter of his wings, the dragonfly launched from the leaf in a blur of blue.

We emerged from the shade of the hollow blinking in the blazing sun, and then made our way back to the car, satisfied that the prairie had revealed its subtle beauty once again. 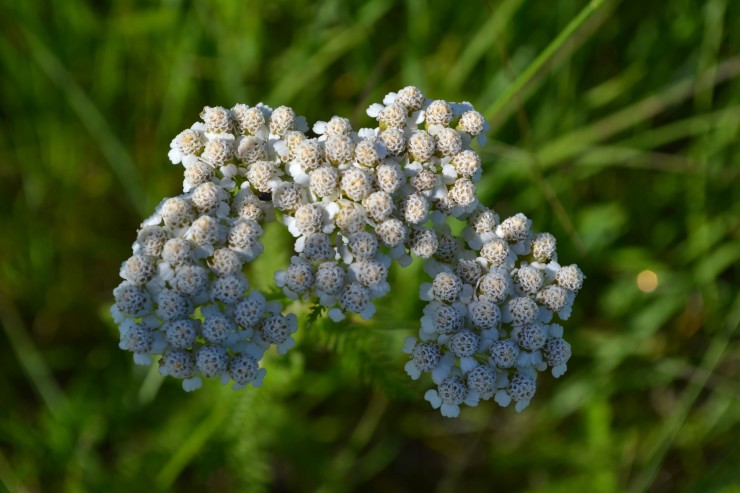