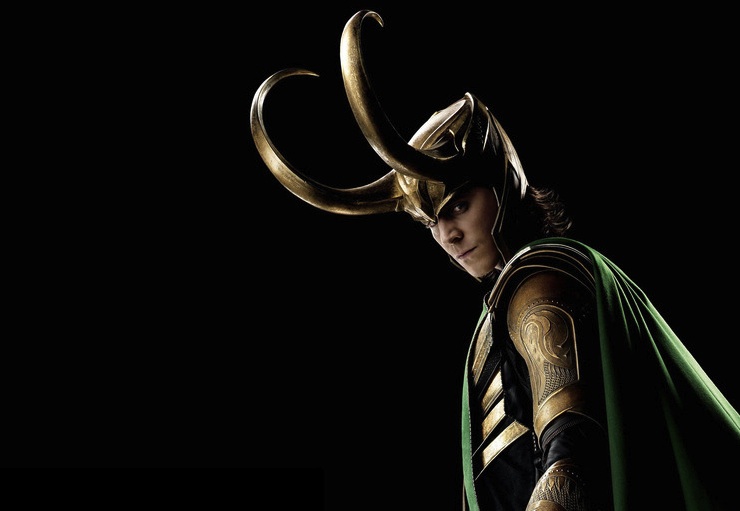 “I am not giving up my helmet. That is non-negotiable.”

“But we could take advantage of it! Show that you’re willing to make sacrifices for the common good!”

Loki glowered. Selva Jane stared back, arms crossed, not letting herself be cowed. “You said you wanted to change your reputation, ” she pressed.

Loki sat stiffly at the table, peering hatefully down at the polished wooden surface. He imagined the satisfaction it would give him to rip out this mortal woman’s innards one by one, not letting her die until she begged for mercy a thousand times over.

“Well? I have to know how invested you are in this. I’m doing what I can, but without you, it’s just not possible. Your cooperation is essential to our success.”

He should have known from the first. Her name itself spoke of horrors untold. Jane. The same name as Thor’s hateful little sycophant.

“For how long?” He was not pleading. Most certainly not.

Selva’s expression changed, to a cross between relief at still being alive (she had noticed the buildup of green energy around his hands, with what she could admit to herself had been something along the lines of pure terror) and a condescending sort of pride, as she let out a breath she hadn’t known she’d been holding.

“Perhaps just for the time being, ” she said diplomatically. “As I was saying before, ” she continued, changing the subject, “Your little stunt was unexpected, but less harmful than it could have been. You shook them up—nobody knows what you’re playing at anymore.”

“They never did, ” Loki returned, with a sneer.

“And now they really have no clue. It’s good. It will be a great lead-in to the next part of our campaign.”

“Which is?” Loki asked coldly.

“Recognition. If people get used to seeing you when you aren’t trying to kill them, they’re bound to be less afraid of you. Which is why you are going to be a hairdresser.”

Loki blinked. He stared across the table at the excited face of his marketing agent. “A hairdresser?”

“I know this place varies from Asgard, but how is this not servant’s work?”

“You’ll still be helping the population, and people tend to get on quite good terms with their hairdressers. Before you know it, you could be an accepted—and-valued member of society!”

“Look at it this way; if you do this and it works, then our job would be almost complete, and you’ll never have to see me again. Plus, think how honored everyone will be—a prince of Asgard working for such a noble cause!”

“If it were to fail?” Loki asked skeptically.

“Not to worry, I’ve got some other ideas as well, ” she reassured.

That’s what he was afraid of.

[Tweet “I am not giving up my helmet. That is non-negotiable.”]