In Part 1 of my three-part interview with Janet R. Kirchheimer, I speak with the poet and filmmaker about her experiences as the daughter of Holocaust survivors from Germany, her decision to become a poet and filmmaker, and her thoughts about poetry as the only “language” in which to write about the Holocaust.

How old were you when you began hearing family stories about the Holocaust, and what do you recall thinking and feeling when you first heard them?

I don’t remember an exact moment when I began hearing stories. I feel that I always knew, in some way, that the stories came through my mother’s milk.

Growing up, I knew my parents were different. They were refugees from Germany and weren’t American in the way other parents were on our street. I have a distinct memory from when I was eight. My father was hanging upside down off of a fence, waving to me. All of his change fell out of his pockets. He looked so young, so free.

When I heard stories, I felt immensely sad. As a child, I hoped that members of my family escaped Auschwitz or other camps, were stuck behind the Iron Curtain, or had survived but didn’t know how to find us. But I knew that was a fantasy.

In Gothic script
on paper now so brittle—
almost sixty years old—
it falls apart at the touch.

Meine lieben Kinder!, my beloved
children, she writes
to the ones
who made it to America,

and I cannot read any further.
I know how it will end. At the time, did you understand your parents’ or other relatives’ reasons for sharing their experiences? Did the details you learned ever seem too much of a burden to carry? What questions came to mind?

I am lucky that my parents told me family history that was age-appropriate, and always answered my questions. They didn’t tell me everything in one sitting. The stories came out in bits and pieces.

My parents lost over 90 percent of their extended families, and they never wanted to burden me; they tried to shield me. There were times I wished I didn’t know all the details, wished that the many members of my family survived—but that came from the overwhelming hurt that this happened to relatives I would never get to meet.

I remember conversations with my father. We’d sit on the front porch and he would tell me about Kristallnacht in 1938, when he was 16 years old, arrested, and sent to Dachau. We also talked about his mother, father, older sister, and younger brother who were murdered in Auschwitz.

My mother told me how her parents got her out of Germany to an orphanage in Amsterdam. We sat at the kitchen table talking about what it was like for her to leave her parents when she was six years old.

The doctor comes in, introduces himself,
asks questions about my health (good),
recent illnesses (none), operations
(tonsils removed when I was four), maternal
grandparents (grandmother died at ninety-two from old age,
grandfather died at sixty-six from a heart attack),
paternal grandparents (died before I was born).

The doctor says it is important for my medical history
to know how they died.
so I tell him they died in Auschwitz.
He has no more questions and tells me
to undress for the physical exam.

Did you share your family’s stories with your peers or keep them to yourself? When did you first realize their importance?

My parents’ close friends were also survivors, and all the kids knew the basic stories. I told only one high school friend. We didn’t talk about [the stories] with others. I first realized their importance when I was in college, the survivors would not be around forever. I felt a responsibility to know as much as I could.

What influence, if any, did the stories you heard as a child have on your decision to become a poet and a filmmaker?

When I was in my twenties, I wanted to be a short story writer and write about the Holocaust. I learned pretty quickly that I needed to tell the truth, not write fictional stories. A career came calling, and I worked for General Electric and put away the stories.

In my thirties, writing called to me, and I took a class at New York University. I distinctly remember one exercise was to write about a woman going through a door. A student sitting next to me wrote for what seemed like an hour. I wrote a few lines about a woman going through the door. The teacher came over to look at my work, because I was done so quickly, and said that I wrote like a poet. Three months later, I was accepted into a workshop with Mary Stewart Hammond,  where I learned craft and wrote for more than 10 years poetry about my family, the Shoah, and what it means to be the daughter of survivors.

I believe poetry picked me. It wasn’t my decision.

I [subsequently] met filmmaker Richard Kroehling at a conference, and we discussed our mutual love of poetry. I gave him a copy of my book, “How to Spot One of Us.” Two weeks later, we talked about making a film exploring Holocaust poetry. We’re now making BE•HOLD. What impels you to use the arts—in particular, poetry and film—to keep alive the stories of the Holocaust? How do these art forms serve memory and remembrance? What do they teach us about the Holocaust that, say, straight historical narratives cannot?

Poetry allows me to write in ways I can’t in other forms. Poetry is about the choice, sometimes conscious and sometimes unconscious, of each and every word in a poem, the punctuation, the line breaks, the connotation(s) and effect(s) that the words have on the reader, the way poetry can be subtle and powerful at the same time, what I choose to put in, what I leave out, and so much more. I love other kinds of writing as well—essays, memoir, and fiction—but poetry enchants me. I believe poetry can change us. It can make us better human beings.

In Poets & Writers in 2007, Eliza Griswold in an interview said, “What poetry allows for is dealing with ambiguity, which is impossible to deal with in a nonfiction article. Or, at least, I haven’t figured out how to do it yet. There are paradoxes that are essential to understand what’s going on. There are experiences that there’s no other language for, no other place for.”

The Holocaust is so complex, so ambiguous, so difficult to understand. Each time I think I understand what happened, I read something new and am thrown off-balance again. For me, there is no other language besides poetry to write about the Shoah.

Even though I heard many stories from my parents, I always knew much more could never be spoken, that there was more they were not telling me. I had to respect that. Poetry became the way to bridge the chasm.

The Holocaust is my family’s story. It is the one I can tell. I don’t want what happened to my family, [among] the six million Jews and the millions of others killed during World War II, to happen to anyone else anywhere on this planet ever again.

But genocides still occur. I feel a responsibility to preserve Holocaust memory through my poetry, teaching, and film.

Theodor Adorno is known for writing, “To write poetry after Auschwitz is barbaric.”* He wrote Negative Dialectics [in which he quotes] Keats about negative capability [as a circumstance] “when man is capable of being in uncertainties, mysteries, doubts, without any irritable reaching after fact and reason.”** I take Adorno seriously. Culture and barbarism can go hand-in-hand but I do possess a deep faith that poetry is capable of influencing culture for the better.

Poetry lets me sit with the Shoah longer than any other form of writing I have tried. I believe we need to write about Auschwitz and all its implications for the living, as well as for the murdered. Poetry after the Holocaust is necessary. Rather than barbaric, it has the potential to be holy.

Sometimes I dream I’m the one who kills Hitler.
It’s simple. I walk up to him,
shoot him in the face, and watch his head
explode into a million
glass pieces that clink on the floor
like a Saturday morning cartoon character’s.
Except he doesn’t get back up.

And sometimes I am Yael.
I invite Hitler into my tent as he flees from his enemies.
He tells me he is thirsty, and I
give him milk, and he falls fast asleep.
I pick up a tent pin and hammer. I drive the pin
through his temple until it reaches the ground.

Other times I’m part of the plot to assassinate him
board his plane. This time I make sure
the bomb explodes. He falls faster and faster, crashing
with such force the earth swallows him up, as if he never

existed, and I’m sitting on the back porch, the sun is shining,
and all my grandparents, cousins, aunts, and uncles
are laughing and telling stories. 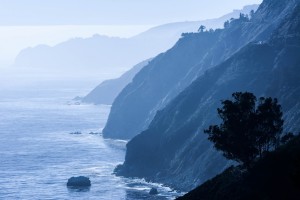