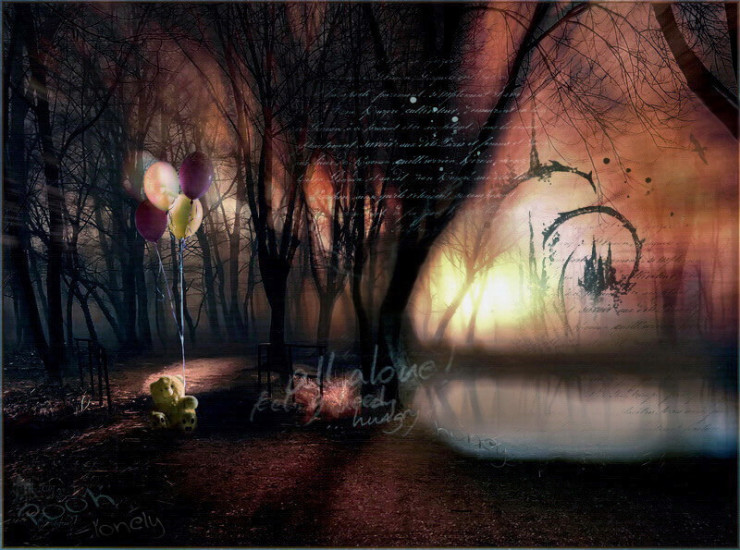 10 of the Best Fairy Tale Poems!

Fairy tales are not just the thing of fairy tales. Sometimes they are the thing of real life. Many, if you asked, could tell their own tales of a beautiful princess on a tall mountain above a blue rushing river or a daring (if a bit reckless) prince making quick work of a dragon. Somewhere in our lives we might encounter the evil queen with a poisoned apple, take a ride in an enchanted pumpkin, or go nose to nose with a Rumpelstiltskin making unreasonable demands in rooms full of straw. It just takes a little spinning of the tale in a slightly different direction to see it.

Poems have a way of spinning just like that, of taking those images—familiar since childhood—and rearranging them on the page. We’ve gathered up a basket (we borrowed it from Little Red) of ten delightful fairy tale poems for your spinning pleasure:

her flesh so fulsome the slipper seems effete,
unworthy of the labor spent on it.

But try she must, and so she makes a pass,
jams four fat toes in the narrow throat,

the fifth pig smarting, pressed against the glass
(though pain’s no stranger—she knows it by rote.)

The other shoe drops—as it is wont to do—
a second foot is squeezed into the vamp.

She stands up straight and takes a stride towards you,
her footfall heavy as a farmgirl’s tramp.

The slipper strains against those excess feet.
She hobbles onward—she has a prince to meet.

a handful of wolves
all cream pelts and sloping shoulders
appear with girls in red, jaws
snapping like capes;

with silver spoons the girls eat the air

the sea before Moses

the girls are
not

they vanish
into feather beds
when the pillow is turned over

She dreams to wake
inside freshly baked walls

white icing spread
along the frame

one finger
filling the creases

Red Whistles at the Wolf

Red, Red’s riding in the hood
scarf on her head
lady looking good

Red, Red’s driving in the hood
convertible blush
lady’s in a rush

Red, Red’s speeding in the hood
in her red-finned missile
gives the wolf a whistle

She had the day to wander so
she strolled the forest edge, heard
the mirth of fairies long at play,
saw a rope-swing gaily swaying
on a limb, inviting
her to step into the woods
and ask, Can I come? Can I play?
They taught her fairy tales and sang
hand-clapping games down by the brook—
but morning-glory petals started
folding—day was closing, evening coming
and with heavy steps she had to
turn away. I cannot play.
I cannot play.

The Very Air That Midas Takes in Gleams

At last, the feral red deer is stopped,
frozen just before her lips—no longer soft—
closed upon the cream-colored loft

of roses, the tender skirts of lettuce.
Knowing the arbor is safe, inviolate,
that an immaculate bloom will always grace

his table in a golden vessel, he finds her almost
beautiful. The outstretched neck, the exposed
throat and gilded flank his daughter longed

to stroke. She’s a different creature now
—without her swiftness, without the shying hoof,
only the impenetrable heart preserved.

What did fine French Cinder elles wear besides
glass, what high class did they hope to flaunt to
the ball, what gall muster towards,  I do?
Did they eat ash, secret, pretend inside,
ache for privileges to take midnight steed ride—
to prince, to price, to prove flamed thoughts, undo
braided tresses, guesses; did they have clues
about the way ever-after collides

What the Shadows Made

Here in the library of the trees, a lounge,
a quick plot of grasses—but for some cut teeth
and a tongue of May Apples, an opening,
like a surprised mouth in the face of day.

I am past the thickets of human definition
that rise from the soft ground around me,
like pencils, whose green ends pitch and swing
in the wind as they write what happens next.

A slender iridescence in the air appears,
like a hyphen between worlds, watching me
with limped eyes from a single blade of grass,
its wings shaped from the forgotten shadows of noon.

Now it is written in the trees from which it arrived,
a prince or princess in disguise, a fairy
on its way to a story meant for bedtime,
forever small and bright in lovely dreams.

watching as he spins
madly, the wheel turning,
a game of roulette played
and forgotten until
the croupier demands his due

just a name, spinning fool’s gold
back to straw.

Come on, Mick.
You had to know.
Nothing good ever comes
of brooms that sprout up legs.

You never saw them

in your sleep,
flooding stone floors
while your navy blue hat
floated away?

They marched in time
in my sleep, Mickey.

I tried to stop you.

Your orchestra was too loud,
you never heard me shouting
from the navy blue couch
in Grandma Edna’s living room
where my feet didn’t reach the floor.

“Don’t do it! Just sweep the floors!
You’re gonna get
in trouble!”

You could’ve saved me
if only you would listen,
you damned fool mouse.